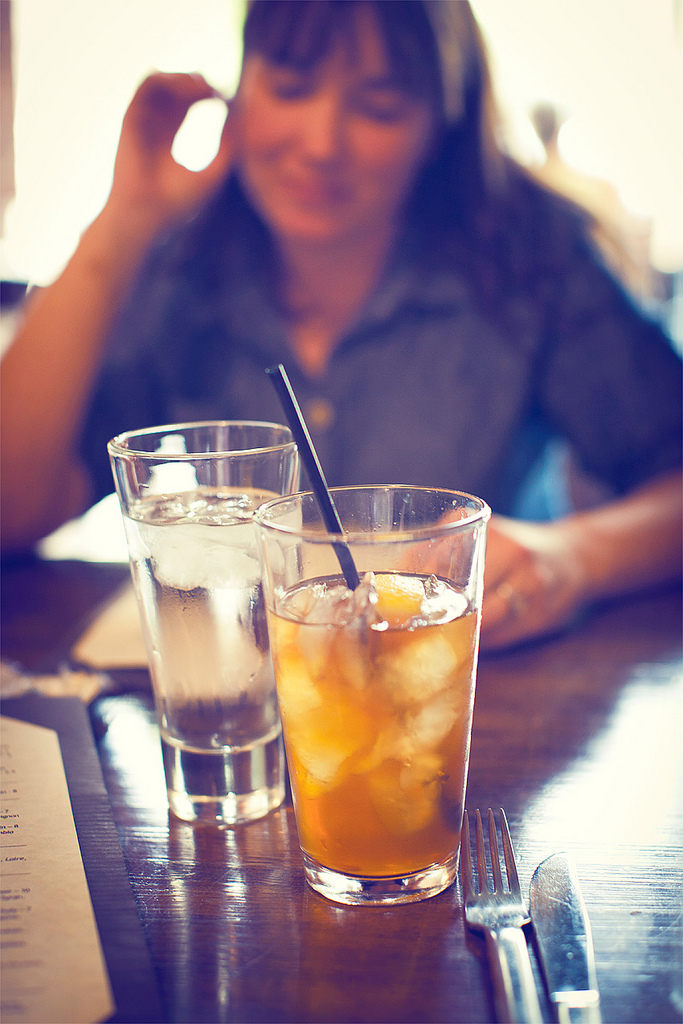 Friday afternoon I met my friend Kate for lunch at our favorite local place to talk about roosters and husbands, and no I didn’t mention those two items back to back for any reason, why do you ask? Does your husband get up every morning at 6:30 AM sharp and scream his head off? Is your neighborhood zoned for that kind of behavior? If not you had better do some googling, if you know what I mean.

(“Drop him off in the bad part of town in the middle of the night and don’t look back.”)

(“Swing him around your head with a swift jerk.”) Eventually the conversation came around to our kids, and both of us this week reached that point where there is no more patience in the tank. We all have those moments we are not proud of, and if you are sitting there going, huh? What kind of moments are those? Then I happily welcome you to get a dictionary and look up the word DENIAL.

Jon and I had to make the very painful decision earlier this summer to have our roof replaced. The entire thing. That’s a whole post of its own, but I use the word painful because of the cost and the time. They started two weeks ago and they still aren’t finished. Every day for ten hours a day this is what it has sounded like inside our house:

Last Wednesday they had to remove our air conditioning unit because the shelf it was sitting on didn’t meet code. This meant we would be without air conditioning for 24 to 48 hours on the two hottest days of the year. Not a huge deal. There are far worse things in life, right? Like having to fly coach. Or getting a phone call from your maid that she’s going to be late. I hate it when that happens.

We slept in the house Wednesday night, and by the following morning the air conditioning had been off for over 20 hours. There was no air flow. And when we woke up and headed downstairs, Leta scrunched up her face and moaned, “Something isn’t right.” It smelled like someone had died. Someone who hadn’t showered in the twenty years leading up to his death. Someone who ate only sauerkraut and licorice. And wore Crocs.

When we reached the family room we saw a giant puddle of vomit in the middle of our Persian rug, so huge that it was leaking off onto the hardwood floor and creating other puddles. MULTIPLYING DOG VOMIT. That shit is scientific.

Jon quickly opened all the windows while I ran and grabbed a trash bag, two rolls of paper towels, and a gallon of stain and odor remover. And then we just dove in. There was no way around it. We were scooping up dog vomit with our hands and trying not to puke. Enter: our little helper.

One time Jon had to replace the faucet in the kitchen sink and I could not keep Marlo away from his tools. She wanted to get inside that cabinet with him and unscrew that pipe. She wants to help fold clothes. She wants to help sweep the floor. For those of you who have never lived with a two-year-old, they don’t help anything. Give them a broom and you will have to replace broken light fixtures.

Marlo wanted to jump head first into that vomit. “Help you!” she said.

She just stood there staring blankly at me, and then she inched closer to the vomit.

Again, she froze, her hand a few inches from Chuck’s regurgitated dinner. That’s when Jon picked her up and moved her backwards, setting her down with enough oomph to reinforce the severity of multiplying dog vomit.

Had he not done it, I would have. Neither of us had slept, we were both hot, and here we were up to our shins in canine stomach acid.

I felt as shitty as the mountain of diarrhea we discovered a half hour later in the living room, worse than the other puddle of vomit we found on the carpet in the study.

Chuck saw the vet and is now on antibiotics. He’s fine. I apologized to Marlo and let her use a few paper towels to wipe up the more shallow parts of the mess. Although, sometimes you have to draw a line and that line is “toddler is not allowed anywhere near canine diarrhea.” Except I dug down deep to find the patience to say gently, “Sorry, Marlo. Only mom and dad get to clean up the poop.”