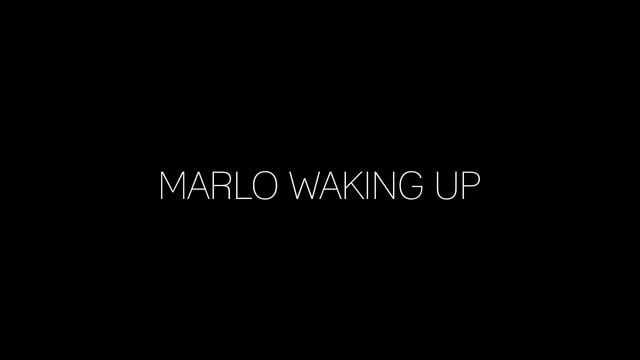 I have mentioned this previously, but every morning I set my alarm for seven and when it goes off I turn on the monitor to see if Marlo is awake. Usually she is, and we know this because she talks to herself. I know! We lucked out and didn’t get the grumpy, screaming, bratty kid who doesn’t like to wake up, we just got a schizophrenic one!

(Actually, it’s an Armstrong thing, talking to themselves. As is the inability to stop talking.)

Sometimes she just throws out a word or two, sometimes she sings, sometimes she recites an entire monologue on the state of her stuffed puppy. And the chatter is always happy. She always wakes up in a terrific mood. I’d say you should have kids just for this reason alone, but you may roll that dice and get the grumpy baby, and oops, there goes the rest of your life.

This morning when I turned on the monitor she was in the middle of an exercise of counting: “One, two, four, ten, fifteen, sixteen!” At Marlo’s age Leta knew the alphabet and could count to one hundred perfectly. Marlo thinks every letter is a Y, and as you can see she can’t even make it to ten without taking a wrong turn.

I don’t have to tell you how marvelous it is to wake up to this sound. I was cleaning off my phone today when I found this video I took of the monitor one morning before we went in to get her.

You should probably just go ahead and roll that dice.