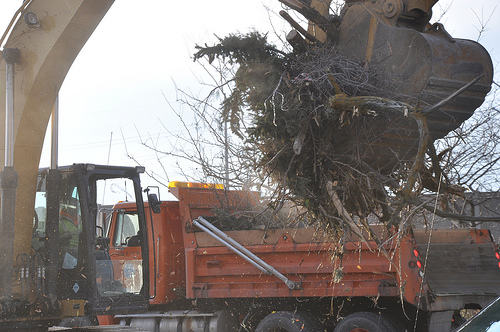 Last Wednesday night I was in the kitchen preparing dinner when my mom called the home phone, and can I just run my car off of a bridge for a second? The only reason we have a home phone is because we live in some sort of cellular black hole. If you call my cell phone you will be sucked into space and never seen again. Sorry, I know you wanted to chat. I’ll tell your kids you were a good person.

The greatest thing about cell phones is that there is an implicit understanding that answering is optional. You could be in a meeting when someone calls, or changing a diaper, or breaking into your neighbor’s car. You can just ignore the ring and get back to them later. Or never. And when you see them in person and they ask why you didn’t return the call? Blame it on the phone! It was acting up. Had you known they were calling you would have taken off the ski mask, dropped the stolen stereo and said, “Stanley speaking.”

But with a land line, GOD. It’s this blaring intrusion. RING. RING. RING. Maybe it’s because I grew up without a cell phone, but the pressure to answer a land line is just awful. Something terrible could have happened, and if I don’t answer it then that terrible something will turn tragic. And then I’ll die homeless and alone with no money for a casket or a tombstone or that tribute from Whitney Houston I had written into my will.

Often I glare at the ringing land line and try to will it to stop with the brawn of my seething resentment: HOW DARE YOU CALL ME WITHOUT ANY WARNING.

This is the point in the post where you mumble something under your breath about how I really need to get laid.

Mom, this isn’t about you. I just need to clean off my desk and steal some of Jon’s Adderall.

She called to talk about the impending storm. Had I heard? They were predicting hurricane force winds. Here’s where Jon’s Adderall would have helped because I would have been alert enough not to say “hurricane” out loud in front of my seven-year-old. But that’s what I did, I said, “Hurricane?” And then spent the next half hour showing Leta where Hurricane, Utah is on a map.

You don’t believe me? BELIEVE THIS.

We needed to bring inside all the crap we had outside, like cushions and hanging lanterns and various balls. Yes, various balls. I just typed that. My work here is done.

Leta looked at the pile of cushions sitting in the foyer and asked what we were doing. Instead of telling her the truth, that the wind might pick up the house, turn it upside down and drop it in Idaho, I said we needed materials for a fort. That’s not lying. That’s expert parenting. Write it down.

Good thing we made those preparations because the storm exceeded expectations. The wind picked up 100-yr-old trees and tossed them in the air like confetti. I mentioned last week that Tyrant’s car got stuck in a garage partially crushed by a fallen tree. A large chunk of our fence blew down and is probably making new friends in Park City because we can’t find the wood that used to be there anywhere. Yesterday the Utah National Guard had to help Davis County clean up the debris: Leta heard the wind pounding against the house and ran into our room early Thursday morning, breathless, shaking. We’ve had countless discussions with her about natural disasters and their respective geographical occurrences. Hurricanes and tsunamis don’t happen in Utah. Tornadoes are very rare. Earthquakes? Blizzards? Um. Hmm. Go ask your father. He told you to ask me? Well then, next question.

She probably didn’t understand this gesture, but as she lay next to me in bed I stroked her hair and whispered, “I know. I know.” There’s pretty much fuck all you can do in the face of a natural disaster except prepare for one, but worrying about them is one of my superpowers. And she inherited that cape.

She better iron it and keep it clean because that thing will rack up the mileage.