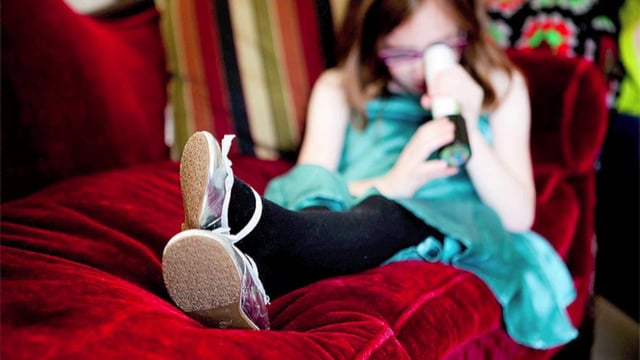 Last year when I put together this post I hoped that we could all strive for fewer injuries in 2011. Yeah, I said that. It’s right there in sans serif shrugging its shoulders at the insane amount of money I’ve paid orthopedic surgeons in the last couple of months. Obviously, I’m not going to mention anything concerning broken body parts for next year because I’ll either lose an entire hemisphere of my body or, you know, HEART ATTACK.

But didn’t the Mayans say we’re all going to die in 2012? If that is indeed that case, let’s rip it up next year. Take the most outlandish bullet point on your bucket list and make it your bitch. Base jump off Burj Khalifa. Hike Kilimanjaro. Quit your job and move to New York because that’s what your dreams always wished you would do. Fall into such reckless love that the pulse in your ears drowns out the nagging voice of reason.

What follows is a collection of my favorite posts from the last year and my annual video of the year in photos. Another year, another wild ride: gall bladder surgery, an enlarged ovary. Mexico, New Orleans, New York, Palm Springs, San Francisco. A trip to the other side of the world. My oldest child entering second grade. A marathon. My heart cracking open because suddenly I’m alive.

See you in the new year.

Mexico, part one
“Tyrant did prepare a giant list of common questions we might have so that we could ask them in Spanish, including, ‘Where are all the good looking young men whom I might bring home to my assistant?'”

Newsletter: Month Eighty-Four
“I won’t lie, Leta, when you rubbed your eyes, looked at the time and said you were too tired to get up, I thought seriously about pooping my pants and saying, TIRED? REALLY? BECAUSE I HAVE A PRESENT FOR YOU.”

Mexico, part two
“What is the rule in this situation? I DON’T KNOW, and for the rest of the night I struggled with what had happened. Do you give money to The Plunger Dude? Wouldn’t that be weird? Wouldn’t that make him some sort of poop slave? And then the next time you see him around the hotel all you can think is, ‘I gave him money to see my poop.'”

March madness
“Marlo ruins everything. See how I just came right out and said that? Believe me, when she reads that fifteen years from now I guarantee you her feelings will not be hurt, and instead she will throw her fist in the air with a, ‘Shit yeah, I do!'”

The second tooth
“So I got in bed with my amped seven-year-old who would not go back to sleep. She kept moving around and asking questions, and in the meantime I’m covertly reaching around that entire bed trying to find the tooth. Three hours go by. Three of the longest hours of my life, of Leta asking what I was doing every time I moved my arm. I’M BAKING A GODDAMN CAKE, LETA. GO TO SLEEP.”

A peek inside our day, the first fifteen minutes
“First of all, the unicorns, Larry and Hal, they’re really bitter and have a bit of an incontinence issue. We got them on sale. And the people who wash our underwear? Are we supposed to know their names? Because we usually just shout, ‘Hey, you! Yes, YOU.'”

Anatomy of an ovary
“So then came the fun part, you know, when the doctor inserts a car jack into your vagina. Love that part. Makes you think, damn, women are lucky.”

Connecting in Memphis
“Then he called out my name, and when I focused on his face I did not recognize him. So I thought, hmm, maybe he knows me from my website? Maybe he follows me on Twitter? Maybe I slept with him and don’t remember?”

Matters of the heart, continued
“He doesn’t remember about ten minutes of his life, but thankfully those ten minutes weren’t our wedding vows or the birth of one of our children. They were just one message after another out into the ether that when you get an endoscopy you get the drug that killed Michael Jackson. ARE WE ALL CLEAR ON THAT POINT?”

Small world
“Okay. So. Someone driving a PT Cruiser with a lightning bolt decal is exhibiting a certain kind of taste. I’m not saying that my taste is better (well, I guess that’s exactly what I’m saying), but it says to me: I proudly own a denim couch. Or: a Native American dream catcher hangs above my toilet.”

We need an official clown car
“I looked up only because it was so sudden and noticed that he was wearing a sheet draped over his shoulder like in ancient Rome. Weird, I thought to myself, and as I scooped a spoonful of ice cream into Marlo’s mouth Cami goes, ‘DOUBLE-YOU TEE EFF, HEATHER. Why is that kid wearing bed linens?'”

And everyone’s hair looked awesome
“I was like YES. That is EXACTLY what my blog is. VAGINA ALL THE TIME.”

Matters of the heart, the finale
“It’s not like I’m going to do something illegal with Jon’s gallbladder, how is that even possible? You can’t smoke it and get high, right? I just want to dehydrate it and pin it to a linen-lined shadow box. And then print out a vintage-looking label that says, ‘GALLSIES! JUNE 2, 2011′”

Newsletter: Marlo turns two
“The only way I can describe what it’s like to hold you as you make these high-pitched, exhilarating outbursts about the simplest of things is, well, use of illegal drugs. People ruin their lives with illegal drugs because they want to feel that feeling I feel when I’m holding you in the morning.”

A little aside about time zones
“During our layover in Abu Dhabi I most certainly did not turn to anyone in our group and say, ‘This marijuana I have taped to my torso is itching like crazy!'”

The perils of being an adult
“Her face will always remind me of peeing fire and sternly worded rejection letters. I wonder if she realizes that this is one of the risks of working the job that she does, that some woman out there thinks of her face every time it feels like knives are pouring out of her vagina.”

Fun for the whole family!
“STOP. What are you doing? Slap your hands away from that keyboard! You cannot un-see a vajazzle!”

Halloween 2011
“Dear Rihanna, Your song is so inspirational that it made me run faster than I was supposed to. UNFOLLOW.”

Immature college student stuns local parents
“Leta’s tooth. GOD. Every time we tried to pull it she reacted as if a terrorist was taking over a plane. Which is bad news for her if a terrorist does take over her plane because they will want her to shut up.”

How I survived the 2011 ING NYC Marathon, part three
“Dude, you’re not going to believe this, but Fonzie kidnapped me, tied me to the back of his motorcycle with a rope, and we jumped off the Hollywood sign into a billboard of Kim Kardashian’s face. That’s why my ankle hurts.”

Music is “Song of Los” by Apparat.