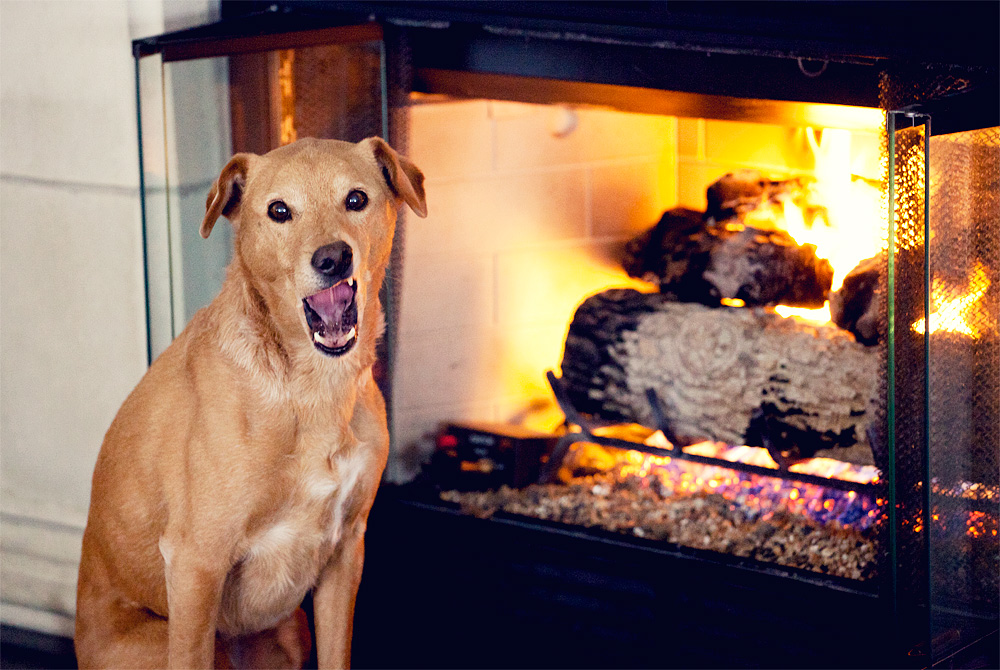 I never thought I would say the following sentence and mean it, but there it was coming out of my mouth this morning: “Actually, Leta, it’s not going to be so bad. It’s warming up to 32 degrees today.” I walked outside this morning and considered going back and changing into a bikini.

It’s still pretty frigid at night and I’ll turn the fire on for the girls. I wish I’d had the camera nearby a couple of nights ago when Leta was sitting right in front of it and Chuck came along and shoved her out of the way. She looked at me like, WHAT IS GOING ON? And I had to explain to her that he pretty much considers the fireplace his possession. That’s his safe place. If he could crawl inside of it while the fire is roaring he would. In fact, I had to give him a good nudge when he stuck his head a little too close to the flame. He gave me a look like, listen, if I want to disfigure my face I will go right ahead and disfigure my face, you asshole.