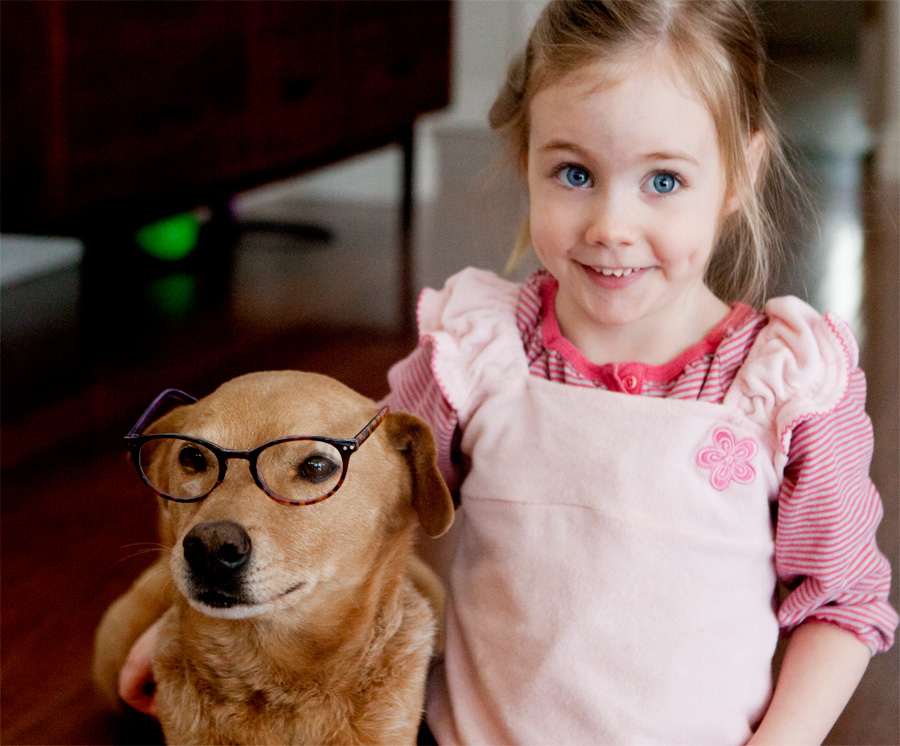 One day last week when I dropped off Marlo at preschool her teacher mentioned that they’d be giving informal eye exams that morning and I immediately paused. She sensed me hesitating, so I had to explain: Leta refused to participate in any eye exam until kindergarten when they found out just how bad her eyesight is. She’s been in glasses ever since. I’ve noticed Marlo doing this thing that Leta used to do at her age where she moves closer and closer to the television throughout a program. I told her teacher I had a feeling.

Feeling confirmed. They said she really needs to see an eye doctor which is fine except TERRIFYING because how on earth do I prevent her from breaking/smashing/transforming her glasses into a weapon? Going to have to glue them to her head.