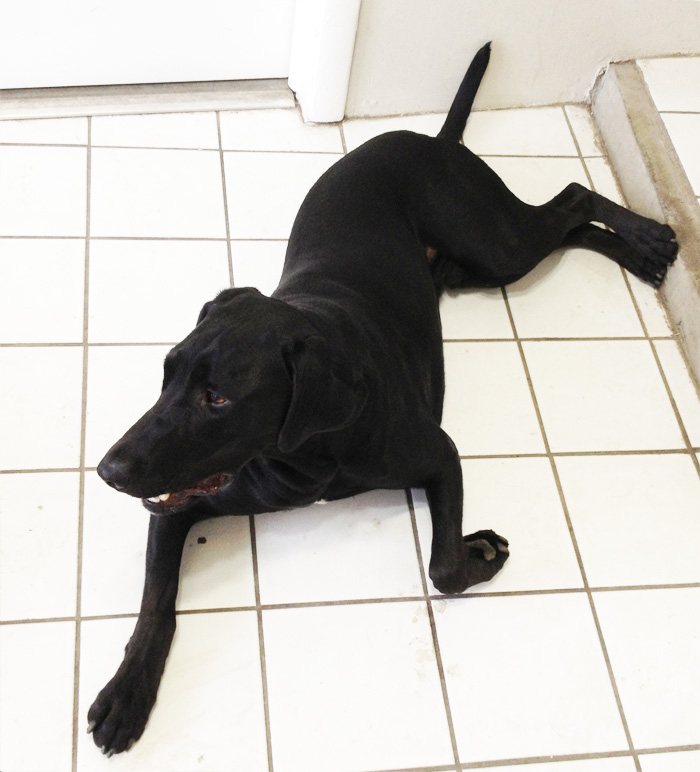 Yesterday was Cami’s 25th birthday, and to celebrate she threw herself a Quinceanera. Do you know that is? I do! You want to know why? Because I’ve seen every single episode of Dora the Explorer, and in season 4 episode 6, Dora’s cousin Daisy celebrates her 15th birthday. HER QUINCEANERA. Say it with me! QUINCEANERA! Did you say it? DID YOU? YOU’RE SUPPOSED TO SAY IT. Dora may be patient when she asks but I am not an adorable Latina girl who has the free time to run around with an anthropomorphic monkey wearing a pair of goddamn boots. I HAVE MOMMYBLOGS TO WRITE.

I was of course the first person to show up. In fact, I was an hour early. Listen. I experience an overwhelming sense of dread at the possibility of being late to anything. I am compelled to be early. I show up to the airport days before my scheduled departure, and even then I think I’m going to miss my plane. This is one of the many ways my chronic anxiety manifests itself. A friend once suggested that I go to a shooting range to get out all the pent up unease I carry around and I was like, ARE YOU KIDDING? What if I’m late to the shooting range?

Turns out it was a good thing I showed up early because Cami needed me to run to the liquor store to pick up ingredients for margaritas. NOTE TO THOSE CONCERNED ABOUT CAMI’S ETERNAL SALVATION: I did NOT introduce her to margaritas. I do not have that kind of influence on her. I wouldn’t ever do that. Only a monster would tell her to drink anything other than bourbon.

I was happy to help out, so I headed up the street, grabbed some tequila, and magically scored the same parking spot near her apartment when I returned. Cami lives in a very busy neighborhood near downtown, so I carefully waited for a string of cars to pass by before I lugged the box of liquor out of my car. Just as I shut my door a truck I had not noticed nearly clipped me, and then… seriously… you guys. I am not making this up. WHY ARE THESE ANIMALS CHOOSING ME?

That truck missed this cartoonish, bounding black dog by a few inches. We both made it across the street, and I was able to set the box of liquor down as he jumped up and kissed my face. No tags. No collar. No identification. No one nearby. Just me and this midnight black animal now on its back begging for a belly rub.

I was able to lure him into the lobby of Cami’s apartment building, and when I knocked on her door to drop off the liquor he clumsily jumped inside like QUINCEANERA?! I LOVE QUINCEANERAS! SAY IT WITH ME!

If you’ll recall, Cami has a sometimes bashful, sometimes erratic cat named Fille. So Cami was understandably irate that this animal had crossed her threshold.

“WHOSE DOG IS THAT?” she hissed at me.

“Yeah,” I managed to utter. “Yeah. So. Here’s the thing. The Universe is trying to send me a message and it’s doing so through animals.”

“Long story. Here’s your liquor. I’ll be in the lobby calling animal control.”

STOP RIGHT THERE. Do not get mad at me for calling animal control. There was little I could do because he had come out of nowhere and I am totally unfamiliar with that neighborhood. If he was going to make it back to his owner, his best chance was someone like me working with animal control. So I called them and they dispatched a truck. And then he and I waited.

When you spend an hour and a half of one-on-one time with a dog that charming (he knew the commands for sit, stay, shake paw, roll over, and fix mama a hot dog) you find yourself going through the catalog of names you might give it if, say, animal control is unable to find its owner or a suitable family to take it home THERE FINE YES I’LL ADMIT IT OKAY ARE YOU HAPPY. I would adopt him and I’d call him Hitchens after the late Christopher Hitchens and he could come home and eat poop in the backyard with the rest of them. The End.

Except. EXCEPT. There’s an even BETTER ending. What could be better than bringing Hitchens home and teaching him how to balance a beer can between his ears? The fact that he was chipped! HE WAS CHIPPED! HE WAS CHIPPED! And they knew immediately who his owners were.

The system worked! IT WORKED. Systems NEVER work. Think back to all the times systems have failed. Like, at least a hundred times, right? But this time IT WORKED. Someone inserted a microchip into their dog in case it ever went missing, and when it did go missing someone intervened and didn’t let it get hit by a car so that animal control could show up and detect that chip. Good job, system.

As for you, Universe? We need to have a talk.