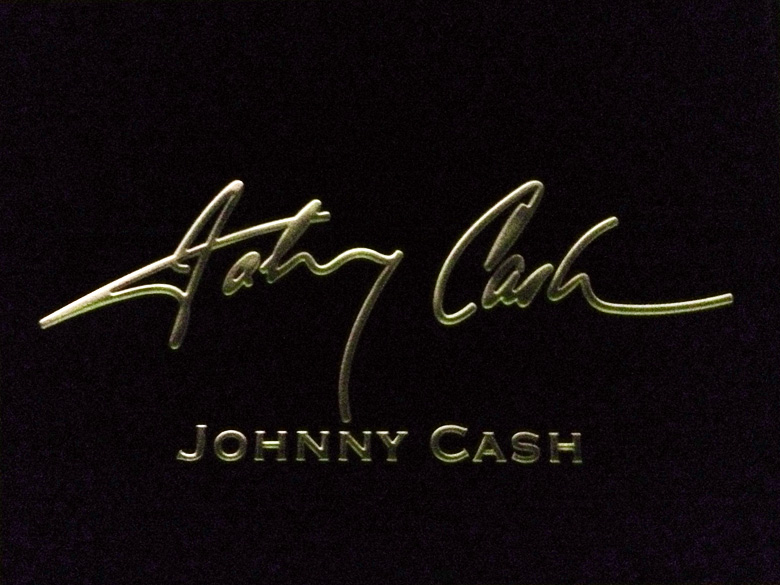 I mentioned earlier this week that while I was in Ohio I visited the Rock and Roll Hall of Fame in Cleveland. It was pretty much exactly what I expected in terms of the collection of memorabilia from various musicians, a little underwhelming at times. I don’t know, I guess for an admission price of $22 I kind of expected maybe an animatronic Elvis giving complimentary blow jobs.

I couldn’t quiet the former graphic designer in me as I walked through the various exhibits, and during one of the video presentations I could not believe that the person in charge approved the font choices. The fonts, for crying out loud! There I was watching historic footage of Bessie Smith and Stevie Wonder and all I could think was HAVE YOU NEVER HEARD OF HELVETICA?

There’s a film that features footage of every artist who has been inducted since the foundation was formed over 25 years ago, and if anyone there is listening: dancing curly fonts ARE NOT ROCK AND ROLL.

The majority of past inductees make total sense. The Beatles, The Rolling Stones, Simon and Garfunkel, Crosby Stills and Nash, Neil Young, Janis Joplin, Jimi Hendrix, Al Green, Sly and the Family Stone, and so forth. I wondered about the nomination process and why certain artists get chosen over others. The website explains:

Artists become eligible for induction 25 years after the release of their first record. Criteria include the influence and significance of the artists’ contributions to the development and perpetuation of rock and roll.

Here is where I hit the caps lock key you have been warned:

GUNS N’ ROSES HAS BEEN INDUCTED BUT THE SMITHS HAVE NOT? YOU. YOU WHO MADE THAT DECISION. YOU WERE IN CHARGE OF THE DANCING CURLY FONTS WEREN’T YOU.

Where are Violent Femmes? Sonic Youth? The Cure? Joy Division? YOU CHOSE GUNS N’ ROSES AND NOT THE PIXIES?

I hate pointing this out, but next year Nirvana will be eligible for a nomination. Yeah. That was 25 years ago. We’re closing in on the artists whose music was the soundtrack to my high school and college years. And the possibilities… Soundgarden. Pearl Jam. PJ Harvey. Liz Phair. Radiohead. Blur. Seriously, Rock and Roll Hall of Fame, if I even get a whiff that you’re considering Whitesnake I’m going to write a Yelp review. And FILL it with angry typos. FILL IT ALL THE WAY TO HERE.

So the discussion I wanted to have (in addition to your opinion as to who should be nominated in the next few years) is… things are changing so quickly and dramatically in the music business that it doesn’t feel unrealistic that pretty soon we won’t have artists that are in any way as influential as the ones who preceded them. Or am I way off base? Up until about a year ago I’d buy a whole album from a band, something I don’t think my kids will ever do, and I thought I’d continue to do that going forward. But even my habits have changed, and now I’ll find the two or three songs I like and purchase those. Will this shift have a lasting and measurable way we view bands and musicians? Or will we always have a sort of reverence and loyalty for the people who produce the music we love?