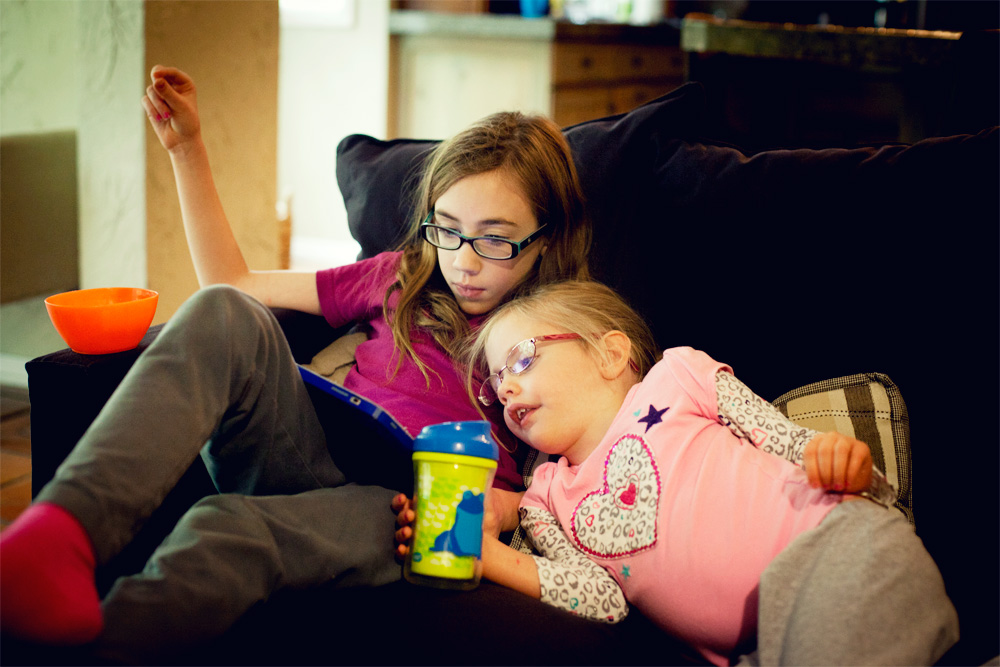 Every day when Leta gets home from school I let her have about 45 minutes of downtime before I make her practice the piano and do her homework. What she chooses to do with that downtime is totally up to her, she is just not allowed to tell me she’s bored. Because I know a giant instrument with ivory keys that could totally cure that boredom.

She’s like most kids and spends a lot of that time watching her favorite shows, and yesterday she and Marlo climbed onto the couch to watch an episode of “Good Luck Charlie” on the iPad through Netflix (BTW, are you guys watching the new season of “Arrested Development”? Are you as disappointed as I am?). That show is a little out of Marlo’s range of understanding, but she laughs when Leta laughs and shakes her head when Leta shakes her head because that is what little sisters do. I know because I am one, and I used to go around telling my friends that I had a crush on Andy Gibb just because my sister did. And I had no idea who he was.