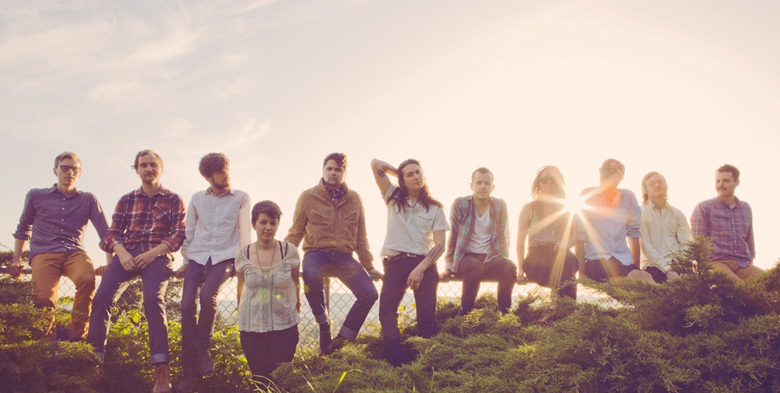 These guys are an indie rock band out of Portland, Oregon with anywhere from 11 to 14 people contributing to a song at any given time. That’s a crowded tour bus, y’all. I wonder if they ever get into any fights because the violinist forgot to replace the toilet paper roll.

You’re either going to love this or hate it, I don’t see anything in between. They sound a lot like what would happen if Modest Mouse and Arcade Fire made a baby and that baby had colic. I know, that sounds awful, but I am solidly in the camp of loving this, and it’s the dissonance to me that is so beautiful. It’s full of intricate arrangements and orchestration, trumpets and violins and ukeleles, a beautiful moment followed by the lyric, “Turns out that we are shit out of luck.” Tuesday they released a new album called White Lighter:

The song I want to feature is called “Artificial Light” and it’s the final verse that got me: