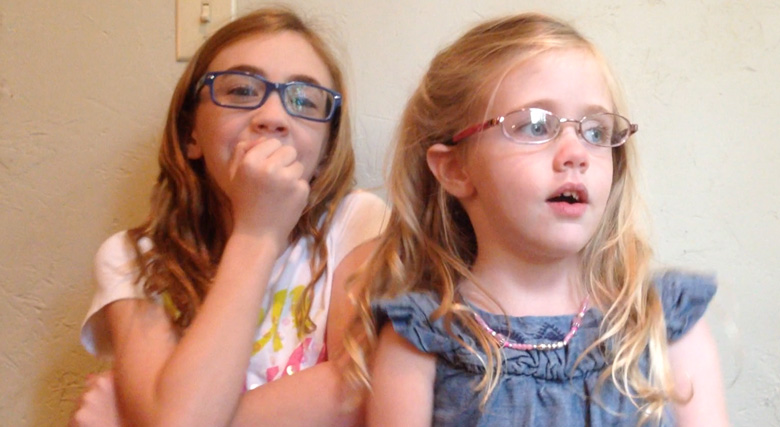 I mentioned a couple of weeks ago that several of my friends independently admitted to me that they had been obsessively listening to Katy Perry’s “Roar” and that it was quickly becoming a problem. For instance: one late Saturday afternoon Dane stumbled upstairs and I was like, are you just waking up now? And he explained that he’d gone dancing the night before and some “lion” song had come on and he couldn’t get it out of his head. That’s all he had to say. I knew exactly his dilemma: “Ohhh uh uh uh ohhh! Ohhh uh uh uh ohhh!”

Admit it. It’s a damn catchy song. It’s a damn good pop song, even. It’s empowering and the underlying message is: I am strong. I am talented. I do not have to sit by quietly and let anyone make decisions for me or despite me. I know exactly who I am and what I stand for. In fact, watch as I take over the world where “the world” is anything I choose to go after. This is a song that demands to be shouted and celebrated and sung through a megaphone out the sunroof of your car. Hopefully while someone else is driving. Although they probably won’t have their hands on the wheel because they will be performing a one-arm pushup during the chorus.

Leta has been asking that I play this song on the way to school in the morning, and now both of my kids know all the words. If you’ve read anything on this website you know that I’m going to be the first person to admit that parenthood is really hard. It’s frequently exhausting, often frustrating, and a daily grind on my dignity. I’ll also admit that I don’t talk enough about the amazing moments that accompany parenthood, and so here is one of those small rewards that offsets those other taxing parts: listening to my girls sing “Roar” in the backseat of the car. It gives me chills every single time, even though Marlo doesn’t really know the words and is just making up random sounds:

The best part? When she shouts, “Hup!” a second too late. Leta isn’t singing because she wanted Marlo to have the limelight. AND DID SHE.

So you can understand my disappointment when I saw the video for the first time.

I just… hmm… this is not at all the image I have in my head when I listen to this song, when I hear my girls singing it from the backseat. No no no no no NO NO NO. In fact, after watching this video I sat and thought about what a better video would entail. If I had the money and the means and the directorial chops to put together something worthy of this song, what would it be? Holy shit, why am I not thinking of more important things? HEATHER B. ARMSTRONG. The government is shut down and war and hunger and pain and death and SHUT UP.

I really should shut up, but I have to talk about the video I’d make. Because it’s important. Because here is this amazing pop song that my girls love, that’s safe for my girls to love, and it would be the perfect opportunity to showcase both the physical and emotional strength of girls, and that’s where high school cheerleading comes in.

No I wasn’t recently dropped on my head.

Wait. Don’t roll your eyes. Don’t throw your pen angrily on the ground and stomp out of the room. Definitely don’t throw your phone because that’s expensive and not covered under the warranty and you promised you’d work on your temper.

I personally did not get along with the cheerleaders in high school. They were very pretty and charming and flexible and I was none of those things. But I respected their athleticism and their energy. Cheerleading in the South is its own sport, and those girls dedicated their lives to perfecting routines and flips and astounding physical feats. They traveled to competitions together, forging lifelong friendships and forgoing sleep. They sacrificed their weekends because of their love for each other and the sport they performed. Even though I never sat with those girls during lunch I knew even then that there was no better representation of team work and commitment.

This is the type of high school cheerleading I’m referring to:

You could probably say this about most team sports involving girls, yes, but high school cheerleading came to mind because they so often get waved off as something they are entirely not: ditzy, mean, air-headed, exclusionary. I’m sure there are cheerleaders out there who probably embody these very things, but the ones I knew, even though I desperately wanted to hate them, were the hardest working girls on campus. And that’s just it, there was no need to hate them. They were good at back flips, I was good at memorizing paragraphs of text. Different talents, different interests. That’s it. No need for an us against them mentality. There was a lot we could learn from each other.

I want a video that follows around a high school cheerleading team: their practice routines, the time they spend in the gym. Snapshots of them climbing into a van and dozing on each other’s shoulders as they travel hundreds of miles to a competition, a few of them studying for tests via flashlights in the backseat. The moments when they have to pick each other up off of the floor. The high-five after four successful back hand springs. The funny faces they make while passing time in the locker room. The perfect line of arms during a routine. The girl who broke her leg yelling encouragement from the sideline. The embraces, the ugly crying faces, the unbridled smiles and tears and joy after winning regionals, their arms around each other’s shoulders if they don’t. I want four and a half minutes of girls working with other girls, supporting other girls, empowering other girls, encouraging other girls to speak up, to scream, to jump as high as they can, to work on themselves. And I want it at the high school level. To show that it’s happening even at that age. And I want it focused on this group of girls who, as ironic as it sounds as I type this, are so often misunderstood.

There. I talked about it. And now I need to make sure my girls are learning it.