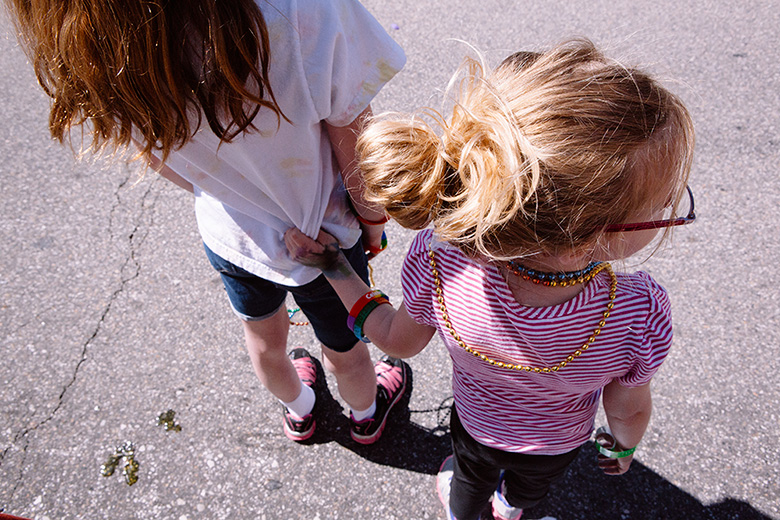 Every year I sit down to do this post and much like last year the first thought I had was, “Do I really want to go back and relive all that crap?” There was death and then more death, friends with life-threatening illnesses, even more death, a move, a series of heartbreaking changes to the dynamic of my everyday life, and the ever-present, nagging feeling that I won’t ever be able to catch up. I look back at what I wrote last year, about hoping for less crying and more sleep, and well. Those things did not happen.

But what’s so great about this exercise is that I’ve gone through all the photos I’ve taken and things I’ve written, and I realized that the sadness of the last year was just making way more noise in my brain than the happiness. I gathered over 300 photos of friends, family, dogs, concerts, birthdays, oceans, lakes, mountains, sunsets and sunrises to feature in the year-end video but ultimately had to whittle them down to about 60, that’s how much beauty filled my life in 2013. From New York, Columbus, Cleveland, Santa Barbara, Boston, Toronto, Lake Huron, Nashville, San Francisco, and Mirabelais, Haiti, but mostly from my backyard. A lot of it on the couch in my living room.

I also found that I took so many photos of my two girls together, more than I ever have before. I feel lucky that I have these things to give to them, these portraits of them embracing at ages four and nine, that I have this record to remind myself of all the wonderful things that far outweigh that which has caused me pain this year.

Here are some of my favorite posts from the last year and the annual year in photos (again, you’re going to want to watch it all the way to the very end). If I have one hope for the new year it’s that I will learn to be more present in the now, in the moment to moment of life as it happens. Too often I get caught up in my thoughts and that’s why sadness has such a loud voice. I want to practice pushing all of that away, locking it outside, not giving it any more attention. It doesn’t matter if I ever catch up. It only matters that I accept that I’m trying to do so, that I accept that that’s all I can do about it and make sure it doesn’t get in the way of living inside every minute of my day.

This is what is wrong with mommyblogging
“Oh fuck, you guys. I’m writing about enemas on the Internet again. And here you are reading it. You are aiding and abetting an Internet enema writer. Shame on you.”

Clickety Clack
“Do you know how many times I’ve started a conversation with a parent whose kid is learning math the new way they are doing math these days, and we have simultaneously yelled, ‘WHY CAN’T THEY JUST CARRY THE ONE?'”

Her Name
“Whoever invented parenting is the same type of fucker who would hand you a whisk and a stapler and demand, ‘Make fire.'”

The little winter that could
“Oh, you know. I thought I’d go for a jog! Sure picked a crappy day for that, though. So I think I’m going to stand here on this sloping block of ice and knit some socks. Maybe wander around and hang them on everyone’s mailbox. Blow people’s minds. I’m a fucking ice fairy.”

Bright lights, big city
“You know what the target market is for any hotel in NYC that doesn’t cost a year’s tuition to an Ivy League university? ‘Very small deaf person who doesn’t mind the persistent smell of hard boiled eggs and is capable of shampooing their hair in a shower whose water pressure is similar to what comes out of a drunk hobo as he pisses himself in his sleep.'”

The old man and his pee
“Chuck has been to the vet several times in the last year for routine check-ups. They did blood work. They examined stool samples. He’s as healthy as a dog can be. The only diagnosis they could give me is that he’s an asshole. A very healthy asshole.”

Shark week except with dogs
“‘Yeah,’ I managed to utter. ‘Yeah. So. Here’s the thing. The Universe is trying to send me a message and it’s doing so through animals.'”

Where do we go now
The fonts, for crying out loud! There I was watching historic footage of Bessie Smith and Stevie Wonder and all I could think was HAVE YOU NEVER HEARD OF HELVETICA? There’s a film that features footage of every artist who has been inducted since the foundation was formed over 25 years ago, and if anyone there is listening: dancing curly fonts ARE NOT ROCK AND ROLL.

The new sheriff
“These people here? They may deal with your crazy, but I am not these people. Chill out, back away, and as long as I am here do not even think about making eye contact with me, oh, there you did it, you looked me in the eye and now I have to sit on top of you.”

Grandmother and mothers and daughters
“She called me crazy. Do I even need to comment on this? I mean, come on. My Granny Hamilton is doing a slow clap for me from beyond the grave.”

May showers
“Hi! I’m the blogger! Oh, this thing on my head? No big deal. It’s a blonde ferret. Crawled up there and died. But not before it rolled around in a mud puddle. So, what’s on the agenda. I’m here to offer expertise! Whee!”

What goes around
“Do I need to remind you? I do not sleep with my kids. We are clear on that point, right? You sleep with your kids and it’s a rewarding, nurturing experience. I do not and instead spend that time stabbing Dalmatian puppies.”

“As I have loved you, love one another”
“I wish more people associated ‘Mormon’ with people like my mother, with people like my brother and sister, people who have accepted and loved me despite all the ways I live and the choices I make that violate the rules of their religion. Maybe that’s why I had such an emotional reaction, because here were these Mormons saying, ‘I will not shun you for being you.'”

I rented a zoo
“Yeah. No caps. Not a single one. The chimneys were never capped. How can dooce live in a house with no caps?”

Newsletter: Marlo turns four
“‘Sthetting them down sthomewhere’ is not the fate I had expected for your glasses. No. I expected a call from the police telling me that you had stolen a car, tied your glasses to the bumper and written YOLO, BITCHEZ on the rear window and they found you stunt driving donuts out on the Bonneville Salt Flats. With a hostage in the trunk.”

The secret to food blogging
“But I’ve witnessed so many children here who have not grown up with that cultural construct who are just as respectful and lovely to adults as those who are raised in the South. And they address me as, “Heather.” It’s an aspect of living in Utah that I have come to embrace. That and the abundance of Subarus, people who wear camping sandals when they aren’t camping, family decals on the back windows of cars that consist of over 14 figures, and kids named Bracken.”

An advantage to setting the bar so low
“Oh my god, am I ever terrified of her puberty, but oh my god, how awesome is it going to be when we get to swap stories about tampons and conditioning shampoo. I love girls!”

Up and out and away
“Pushing her annoys her, closes her up even more, slams the door. So I tenderly walk way from the desire to cradle her like a newborn and demand that she stop it, stop it right now. Stop these limbs from crawling out, branches unfolding, reaching for new air and sun. Stop not needing me for everything.”

You can probably tell I’m still a little tired
“This milestone is so immediately dangerous that you can’t ever put them back in the crib. Sadly, you cannot strap them down with rope or chain their ankles to a bar. You cannot duct tape their head to the pillow. I asked every lawyer I knew about this.”

In loving memory
“When I showed up and walked onto her porch she opened the door and greeted me with a face that needed no explanation, no words. The face of someone who fell in love with a dog, despite the barking, the incessant ROOOING!, the stealing of food from the pantry. Despite the snoring, the paw scratching your leg because he’d very much like a bite of your sandwich. Despite coming home and discovering the trash had been raided yet again. Love of a giant white belly flopping over on the floor, a furry invitation for a rub, a hug, a touch of recognition. Love for the constant shadow at her feet.”

An early Halloween
“I am a mom and a woman and you just cannot fuck with our intuition. We just know things. It’s not magic or voodoo or even the Holy Ghost. We just happen to pay very close attention to things and then our brains perform an involuntary math that you can’t learn in school. It just happens to live on that second X chromosome.”

The whistles go whoo whoo!
“Please tell me that there is someone else out there who shows up EVERYWHERE at least ten to fifteen minutes early just in case. Just in case of what? Oh, let’s see. Nuclear war. Famine. Rolling blackouts. Rising sea levels. Icebergs.”

Automatic for the people
“And I guess the sensor no longer detected my body standing there because suddenly my child was sucked into another dimension by the loudest, most obnoxious, most unnecessary automatic flush I have ever witnessed in my life. I lost hearing in both ears, and Marlo is still floating out in some dark fold in the space-time continuum.”

If you ever wondered what it was like to live in Utah
“OH SNAP. She goes to church. Leta? Leta performs Wiccan rituals in the basement that I’ve modified to include goat blood and the aborted embryos of bald eagles.”

Storage room down, THE REST OF MY LIFE TO GO
“STOP. WAIT. I know it is not a pillowcase featuring a homemade wooden toy carved out of a local tree. And the fabric is probably toxic and my kids will develop a flesh eating disease later in life. Here’s the thing: DISNEY PRINCESSES HAPPEN.”

Paying for all the hard partying but without the hard partying
“As a parent this is something you signed up for. When you lose your hearing the doctor is going to look at your chart and say, ‘It says here you willingly went off of birth control so, I’m sorry, I legally cannot treat you.'”