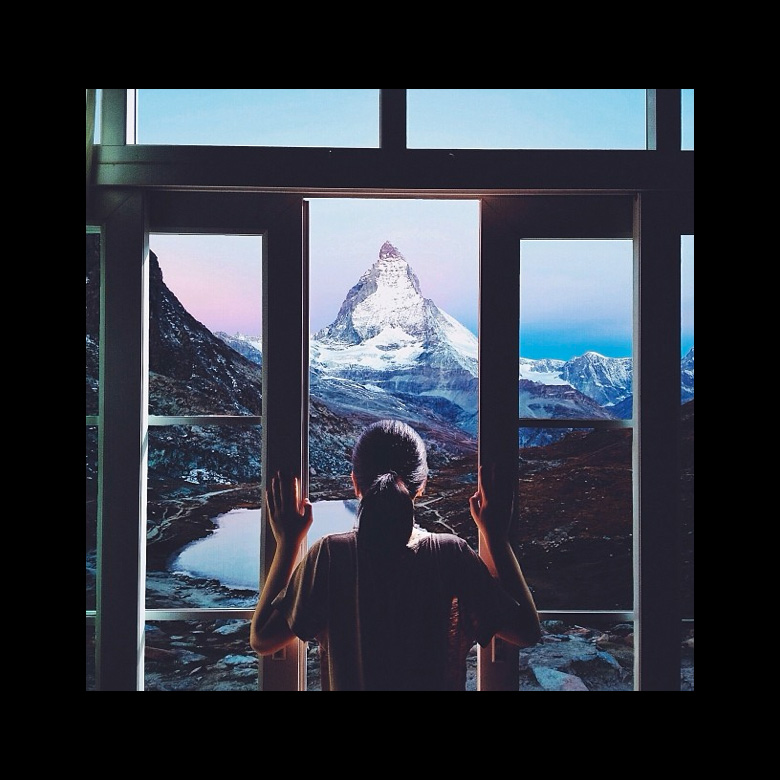 Everything is so full of wonder that it is completely ridiculous not to attach ourselves to (at least!) the corner of the thing that is happening right this very moment. It’s insane not to acknowledge the sun and the moon and the sand. For a second, anyway. For six seconds? Seven…

And sometimes we have to make time to chase it down. To look up at the sky and find the moon, to focus on the horizon line, not at the sun, but as close as we can get without burning our eyeballs… to keep a promise even when logistically it doesn’t make a lot of sense.

Sometimes you just have to exist without dreaming because this is the dream, too. This moment is part of the dream.

– Lifetime movie or a Megadeth song?

– You’ve probably already seen this, but if not this is exactly my kind of humor. THANKS FOR THAT DNA, DAD.

– Why you should delete SnapChat:

Any time your device connects to the internet it associates 100% of your activity with your device. (Every device has a unique identifier, like a finger print. When you buy it and register it that transaction is linked to you and everything you do with it is ultimately pointing back to you.)

– The Adventures of Business Cat

– How to choose a bottle of wine

– A map of the weirdest sex laws in the United States

– Dear Bill Keller: I Have Cancer. Is That OK?

Several people I told about the blog asked if I was sure I wanted to be so “public” about my battle with cancer, whatever that means. Lymphoma is not, for the record, caused by intravenous drug use nor is it caused by bigotry, nor racism, nor any other thing that a rational human being would be embarrassed to admit to having done.

– God I love dogs. At least for this one minute and 33 seconds.

– And this two minutes and 24 seconds.

– The daughter of two lawyers lost a tooth. She couldn’t find it, so they made her sign an affidavit for the Tooth Fairy.

A FEMALE spider who is literate and can spin words in her web but we celebrate the MALE pig who does nothing…wow, guys.

What I've learned from watching football: 1. Hold onto ball 2. Try not to die

What doesn't kill me makes me smaller ~ Mario

Before he became governor Chris Christie worked for 12 years as Grimace.

I bet when whales hear train whistles from hundreds of miles away they think, “someday i’m gonna fuck that weird land whale.”

Got excited about the cookie sale going on outside but it was just a group of gay dudes calling for their dogs.

Me to weird kid: hey kid pretend I'm your dad so we can get into this free Father/Son pancake breakfast. Kid: but you are my dad. Me: nice

People are the Americans of the animal kingdom.

At this point in my life, the only tattoo I'd consider getting is: "Wallet, keys, sunglasses" on my arm.

My law professor is making us watch movies about football. Because the South.