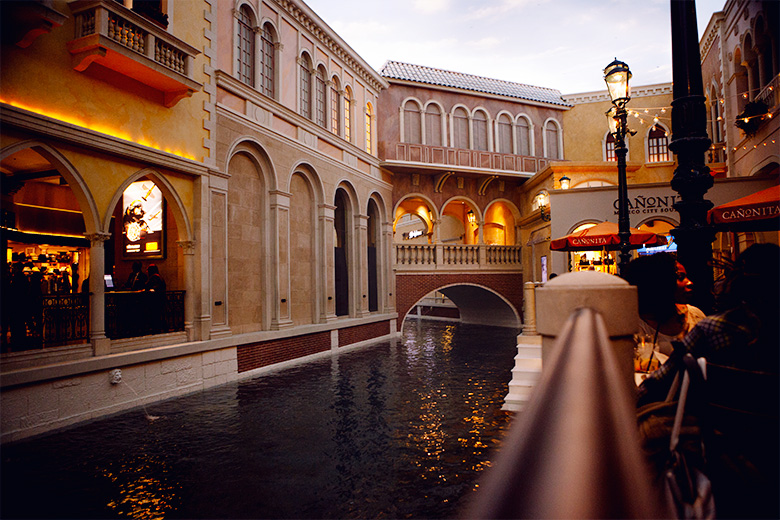 While waiting for the breakfast we had ordered from in-room dining at the hotel along the strip in Vegas where we’d flown for her birthday, I mentioned to Leta that the Super Bowl that aired on that exact night in 2004 involved a certain memorable incident wherein the phrase “wardrobe malfunction” entered our lexicon. I was sorry to report that a replay of that scene would serenade my entire labor and delivery and not the scene of, say, world peace.

In-room dining, you say with a dubiously arched eyebrow. How indulgent. Why, yes, indeed! It had Frosted Flakes on the menu, a food Leta was very willing to put in her mouth that would eventually deliver nutrients to her stomach. The afternoon before when we had arrived I spent over an hour reading menus to her from the restaurants in our hotel and those adjacent. We finally settled on a Mexican restaurant in the building because if the “black beans” did not taste like proper black beans she said she might try the chips and salsa.

Phew! Corn and tomatoes. Her brain is not going to grow itself.

I was not about to waste another hour of menu-reading when she had already declared that pancakes, waffles, eggs, bacon, toast and muffins were all items she would not touch. Give me credit, though. Before I decided on room service I did suggest we get some sushi for breakfast. With a side of kimchi.

I had checked off items on an in-room dining card that I hung on the door the night before. It indicated that there would be two people at this meal. One would be having a bowl of Frosted Flakes, the other a plate of eggs and sausage. My meal would arrive with a side of toast and muffins, items I wouldn’t be eating, but I refrained from scribbling YOU CANNOT HUNT AND GATHER WHEAT.

(Sometimes I wish I were more of a Paleo fanatic. I’d be much more fun at parties especially when anyone approached the cheese plate. I’d have to boop them on the nose. Or at least scream MIGHT AS WELL BE EATING DIABETES RAW, SUSAN.)

I had circled 9AM for delivery to give us plenty of time to sleep in, and here’s where I suggest getting a room with two beds. One, I don’t sleep well with my kids and if you do then just ignore me. Or go ahead and boop me on the nose. Two, she had a whole bed to herself! A WHOLE BED! When I mentioned out of the side of my mouth that she had a whole bed at home she said, “Sure, but NOW I HAVE A WHOLE BED AT A HOTEL!”

She had a point. I couldn’t wait to show her the minibar stocked with candy and snacks that she wasn’t allowed to touch.

“What do you mean I’m not allowed to breathe on it?”

“Do you remember what the woman said when we checked in? It’s weighted. If anything moves they charge you for it. In fact, don’t even walk on that side of the room.”

Unfortunately, the hotel either lost that dining card or some drunk frat boy stole if off of our door because no one had delivered food to our room by 9:30AM. I called down to ask what was going on and after apologizing they said they’d expedite the order. I use the term “drunk frat boy” in the meanest, most stereotypical way possible. Have you been to Las Vegas? EXACTLY. If any human being is worthy of a derogatory stereotype I think we just found him.

We waited for another two hours for breakfast, and in the meantime I had to call and ask for a late checkout.

“Is there a reason you are calling just now?” the front desk asked. Um, none of your business? Late checkout is an option. It says to call and ask about it right here on this piece of paper next to the phone. Plus, VEGAS. WE ARE IN VEGAS. THIS IS NOT POCATELLO, IDAHO, SUSAN.

“Yes,” I answered a little too enthusiastically. “My ten-year-old and I flew into town specifically to see a Cirque du Soleil show, but after it was over and I realized it was so early I decided to sneak her into your casino where she counted cards until I won enough money to buy a case of Cristal and an eight ball. We haven’t even gone to sleep yet. We need that extra hour to grind our teeth.”

She apologized that the food had not yet arrived, and even then it didn’t show up for another hour. So Leta and I talked about the Super Bowl that occurred on the night before she was born. I also told her about the song that was playing in the car on the way to the hospital the morning of her birthday, how it would always remind me of how much my life changed in the following hours.

“You had an rdio account back then?” she asked.

“Why are you so astounded?”

“What about your phone? You didn’t have it on iTunes?”

“Wait. Just wait. iTunes wasn’t even a year old yet. And phones? You couldn’t play music on a cell phone the year you were born.”

“You know what’s funny,” I continued, “there was this huge debate before the iPhone was released about whether or not people would want to play music on their phones. A lot of people said that it would be stupid to put music on phones.”

“THOSE PEOPLE ARE STUPID!” she screamed, breaking her silence.

“We know they are in the minority now, yes,” I confirmed. “Can you imagine what it would be like if I couldn’t access the Internet or a map on my phone?”

“Behold: The Year You Were Born.”

She actually gulped out loud. “Ten years is a lot older than I thought, mom,” she said, a little wise beyond her years.

While I searched on rdio for the song that was playing on that CD in the car on the way to the hospital, our breakfast finally arrived. It was the morning before my daughter turned ten years old. She poured her Frosted Flakes into a bowl while we listened to that song on my phone connected to wireless Internet in Las Vegas, my favorite memory of that city by far.