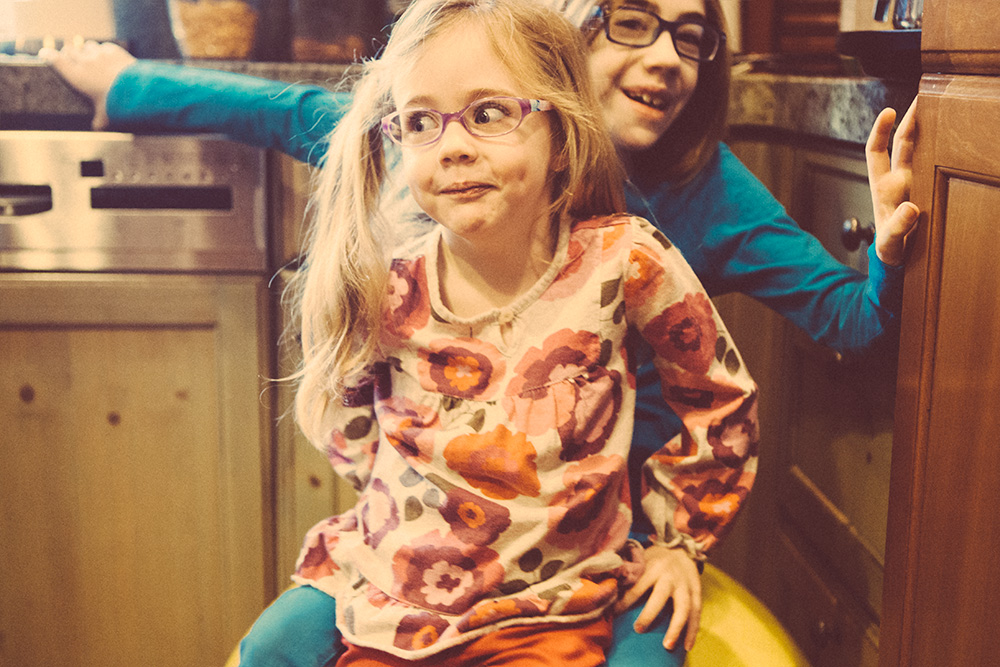 We own a large exercise ball that gets used a lot less for exercise than horsing around, and there have been many times when I’m standing in the kitchen only to hear a loud SPLAT! and soon find out that Marlo has bounced herself into a wall.

Normally before school I get the two of them ready and then have Leta keep Marlo entertained while I clean myself up, and every morning when I come downstairs to start loading the car I’m always surprised to find them engaged in something different. Sometimes they are playing a game on the iPad, sometimes they are playing house, sometimes they are in the middle of hide and seek. A few days ago they were just like this in the kitchen, Marlo trying to climb into Leta’s lap as Leta balanced on the exercise ball.

“Engage those core muscles!” I yelled when I first saw them and I bent over into a strange position that my trainer does when she is demonstrating how to flex the muscles along the abdomen. Apparently, this was ridiculous because they both smiled and giggled and swapped knowing glances like, I think she’s trying to be silly again.

Oh, I was being silly alright. Keeping you distracted from the fact that if you do not engage your core you’re both going to tumble off of that thing and bust your head open.