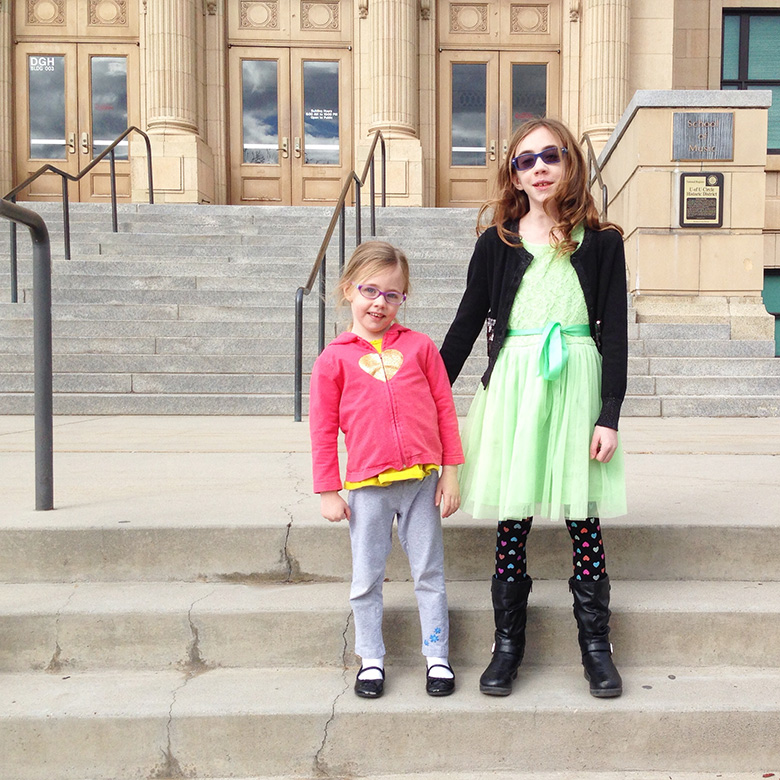 Yesterday as Leta sat down at the piano to practice (there is no rest for the weary!) she turned to me and asked if I had heard from her teacher about the scores from Federation. I then remembered her teacher saying that they would be out by Wednesday afternoon, and yeah. As if playing in front of three judges and two strange families isn’t nerve-racking enough, kids have to wait five days to find out what those judges thought. When Leta expressed that this wasn’t fair I said that this kind of torture was to prepare children for the future when they are all captured by terrorists.

Whenever Leta finishes one of these events I don’t like to talk about scores and have been very vigilant about letting her know that whatever the judges think doesn’t mean nearly as much as what she thinks of her own performance. Yes, what they think means something since we’re going through the trouble of paying for lessons, driving to and from those lessons, and practicing hundreds of hours a year. But ultimately, what they have to say is a piece of paper. It’s motivation, yes, but a piece of paper. What she knows about her performance is so much bigger. It is now a part of her soul.

I told her to start practicing her scale while I texted her teacher and asked if scores were in. As vigilant as I am about deemphasizing the importance of what the judges think, my gut immediately did four backflips. My palms got sweaty. There I was, an awkward and gangly fifth grader sitting with forty other fifth graders waiting to hear who would take home first place in the West Tennessee 4-H Speech Contest, my heart beating so loud that the rhythm of it in my ears was drowning out all other sound. So I ended the text with the “nervous” emoji face.

Hi, Leta’s teacher! I’m 38 years old and use emojis. My most recently used ones? Hands clapping, a snowflake, and 19 instances of the smiling poop.

Leta had moved on to what is called Dozen a Day

“Superior! From all three judges!”

I read it to myself first and then called Leta over to where I was sitting.

“JUST READ IT TO ME!” she screamed.

“No, I want you to read it yourself,” I said. She hopped next to me, grabbed my phone and read it silently, her mouth moving to every word.

“IS SHE SERIOUS?! ALL THREE JUDGES?!”

“I’m pretty sure she’s serious. Your teacher is not the type of person who would regularly go onto a family website and make frequent jokes about her butt.”

“CAN WE CALL GRANDMOMMY?!” My ear drums wish I was exaggerating the all caps. I told her to go grab the land line (what? I live in a cellular black hole where phone calls routinely drop and if the President ever wants to call and chat about the new Arcade Fire Album I AM TAKING NO CHANCES).

I dialed my mother’s number, and when she picked up I let out a theatrical sigh. “Hey,” I said as forlornly as I could.

“Why? What happened?” She was struck with concern.

I handed Leta the phone. She put her hand over the receiver and mouthed to me BUT IT’S NOT BAD NEWS, MOM. I mouthed back DUH.

“I GOT A SUPERIOR! FROM ALL THREE JUDGES!”

That noise you heard yesterday afternoon was my mother screaming. That in turn made Leta start screaming and the only reason my hearing is intact is because my mother quickly stopped to tell Leta to call me a turd.

Is it nice that she scored so well? Of course it is. It’s fabulous. I am so proud as is she. It reinforces and validates what she already knew. Reminds me of what it felt like to win that speech contest.