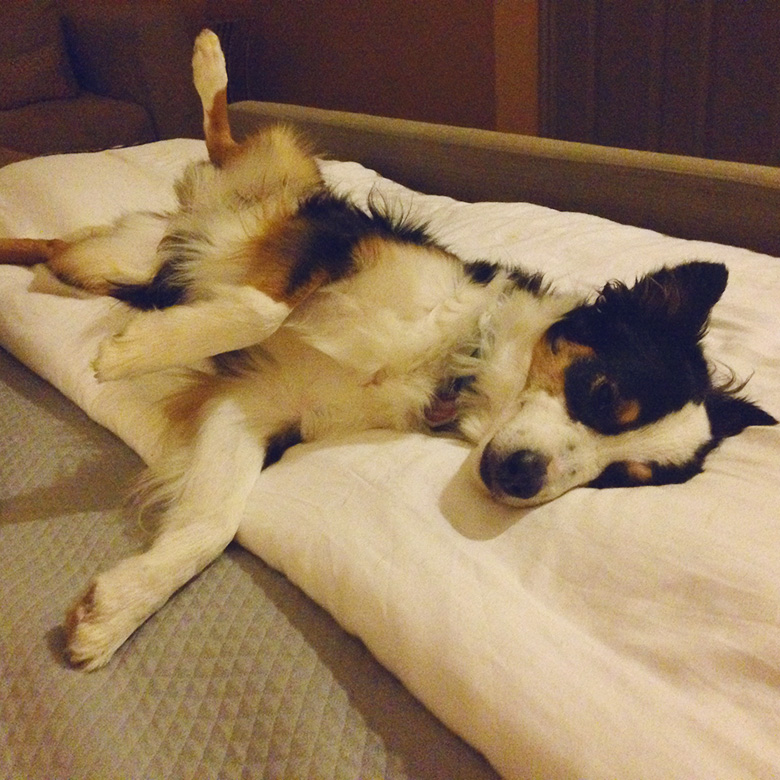 Over a year ago I wrote about dodging a nasty cold that had systematically infected every single person in the traveling circus: my mother and stepfather, Dane, Tyrant, both girls, both dogs, both birds who died on my doorstep, the mythical bobcat, and the rattlesnake Marlo found in the backyard.

I attributed it to my diet, something that I believe cured me of several ailments that had plagued me for years including pesky things like sinus infections and constipation. It was the only explanation given the amount of emotional and physical stress I was under, and up until last Saturday afternoon I think it had been keeping me safe from a series of awful illnesses both children have been bringing home for months (like this time and that time and that other time). Yes, keeping me safe. When you sign up to eat Paleo you get a free stick that you use to kill your meals AND swat away germs.

Last month when I returned from a trip back East, Marlo had a cold that traveled to Leta and then to Tyrant and then infected most of Utah and Idaho. But somehow I managed to avoid it, yet again, and often in between the coughing fits of everyone around me I’d say, “I testify that Paleo is true, in the name of Jesus Christ, amen.”

I haven’t been sick in… years? Yeah. Years. I’ve had the occasional runny nose or itchy throat, but I cannot remember the last time I was bedridden or even marginally sidelined due to illness. I do not have anything other than my diet to explain this. I haven’t been praying or meditating. I haven’t been taking supplements or performance enhancing drugs. I haven’t even kidnapped someone’s first born son and set him afloat in a little basket as an offering to the gods.

I also don’t use hand sanitizer, and that’s probably as terrifying to some of you as it is to me when I see someone walking around with a phone that has no protective case on it. No, seriously. Can we talk about this for a second, please? Do you not appreciate your phone? The technology and science that went into making a beautiful handheld gadget that forecasts the weather, trades your stocks, sends your email and MAPS OUT THE QUICKEST ROUTE TO CHIPOTLE?! How on earth can you just walk around with it unsheathed like that? You’re practically begging to get hit by a truck.

If you do not have a protective case on your phone and you walk by me my visceral reaction is to wince visibly, and by visibly I mean I’m about as subtle as when Kramer walks through Jerry’s door:

Maybe that has something to do with it, not using hand sanitizer. Yes, I regularly wash my hands but that anti-bacterial stuff has always irritated my skin. Maybe I’m a more exposed to germs going around than someone who carries a little bottle of it around in their purse, or maybe I have no idea what I’m talking about. We can safely assumer the latter.

And then Saturday happened. I woke up with an itchy throat that turned into a very sore throat that by Sunday had moved up into my head. I looked a lot like this:

I got on the plane to San Francisco that afternoon having totally forgotten what the pressure during a flight can do to someone with a cold, and while landing a drip-drip-drip sound in my left ear suddenly transformed itself into a demon who was trying to scrape out my brain with a burning scalpel.

I think my body unconsciously rallied to get through the next couple of days of meetings, but upon my return home yesterday I sat on the couch and felt everything shutting down. Sickness had finally caught up with me after years of chasing me and nipping at my ankles. I’m not currently bedridden, but I’d rather be no where else right now than under the covers and sipping a warm cup of freshly hunted and gathered soup.

I testify that Paleo is mostly true, in the name of Jesus Christ, amen.