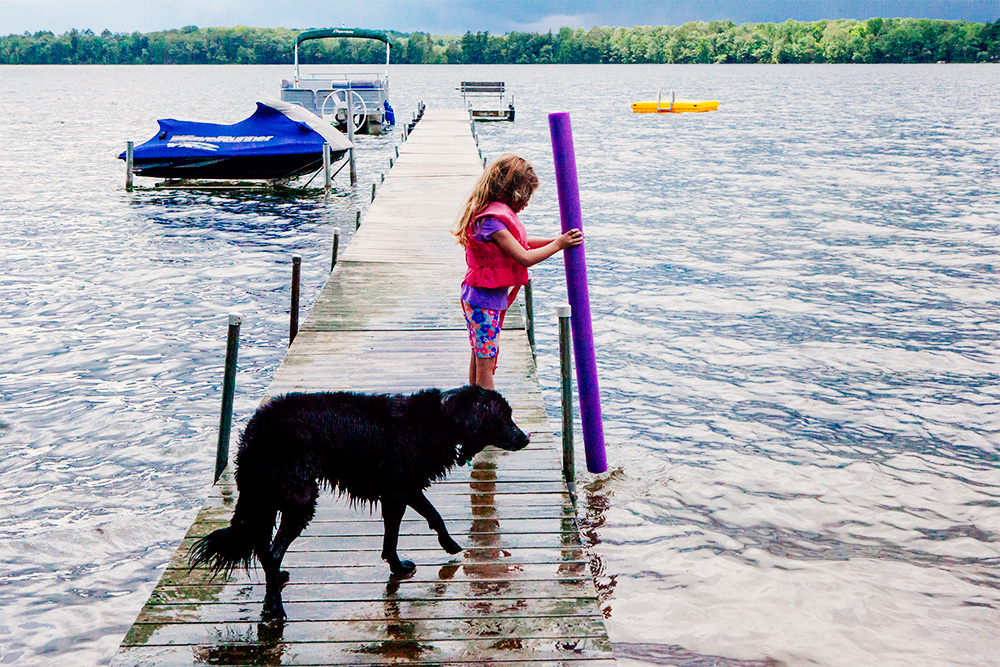 I did a search for “fear of cameras” and the title of this post was one of the results. I thought I was going to get so many more photos of Basie when I was in Minnesota, but I totally underestimated how much she loathes the camera. She cowers from it, runs from anyone who is carrying one. I didn’t want to push it at all given that she’s a rescue dog and who knows where this behavior comes from. The only time I ever got close to her with the camera was when she was about to jump in the water and grab hold of Harry’s bait on a fishing hook which would have cut her mouth to pieces. Carol was calling her name furiously and she wouldn’t listen, so I walked over on the dock with my camera and kneeled down to pretend like I was going to take a shot. She immediately ran to Carol.

Huge vet bill avoided due to odd phobia. I felt a little bad about it, but not at all for Carol’s wallet.