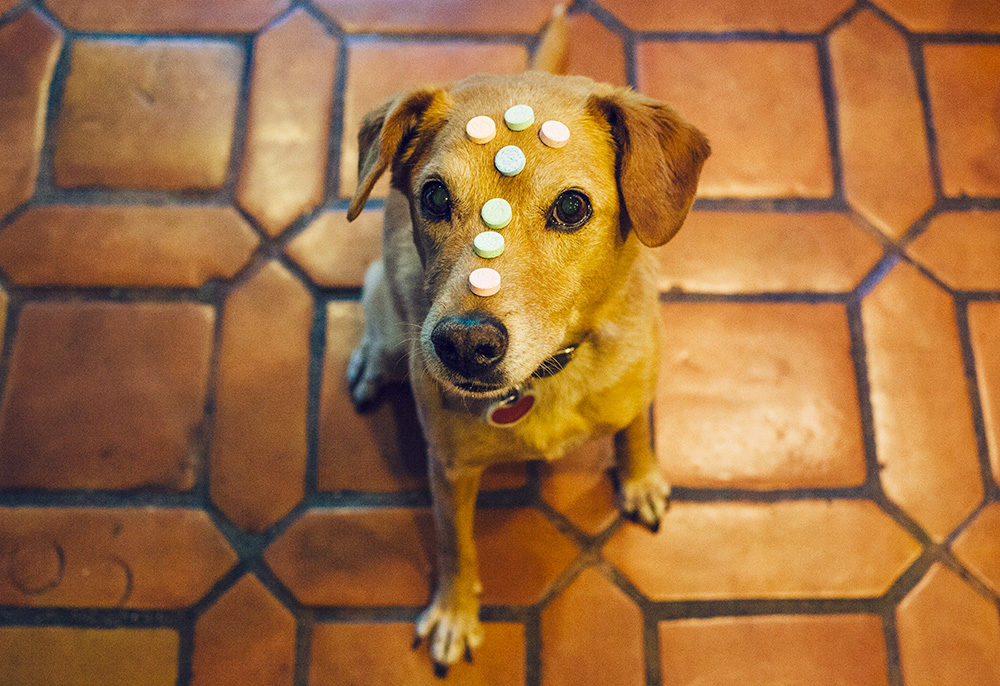 Coco is the dog in this house who will eat anything, absolutely anything (see: her own feces), but when I held out one of these sweet tarts she sniffed it, shivered and then turned away and walked off. Chuck, on the other hand, sniffed it for several seconds, gently took it into his mouth and while chewing it made a face very similar to the one Leta would make if presented with a plate of broccoli. And then he swallowed it. And then he wagged his tail to indicate he wanted another one. He proceeded to eat four more and made the same face each time, like he was totally grossed out.

I’m sure I’m going to get a slew of email about how sweet tarts are poison to dogs, but you guys. He has to be going senile. He’s wagging his tail for a treat that is actively causing him discomfort. This is simultaneously so sad and hilarious.

Email ArticleTwitterFacebookPin It
Chuck,dog,pet,portrait,stuff on my dog,sweet tarts
Prev My smirking Butternut
Next All the fixins