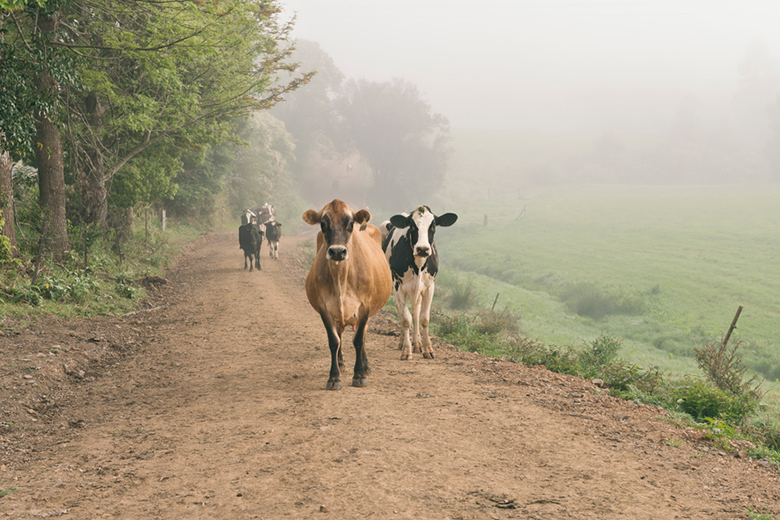 Earlier this year I hinted that I was making some changes in my life so that I would not have to travel so much for work—for my mental health, for my physical health, and so that I didn’t have spend so much time at the airport away from my kids. By June I had flown over 70,000 miles in just six months, having visited four different countries, three different hemispheres, and Arkansas.

I was also very quiet during the whole election cycle, and the reason for that is as layered as a giant red onion. But this change in my life is the skin around that onion, the main reason I didn’t and couldn’t post a weekly rant or round up of the insanity and recklessness displayed by anyone—especially the media—in normalizing the disgusting character of Donald Trump.

I say couldn’t to show you my deeply flawed frame of reference. On November 9, 2016, I woke up as a white woman in America whose life would go on uninterrupted by what had happened the day before. I was shocked and stunned like every other comfortably numb white liberal who was lounging around in a paradigm built out of the idea that we have made progress. Look at how far we have come! We have healthcare! And marriage equality! And overtime protection!

And frankly, we only have to confront or associate with racism when passing the cornbread stuffing at Thanksgiving.

We truly believed that our kids were going to be lucky enough to grow up in a country celebrating not only its first black president but also it’s first woman.

Instead, we watched as half of the voting population either bought into or celebrated or overlooked the bigoted, racist, homophobic, and misogynistic rhetoric of the most repugnant bully ever handed a microphone.

We didn’t do or say or demand enough. White America. This is our mess. And every think piece written in the weeks after that says we didn’t do enough to listen to the white, working class who feels ignored, each one of those pieces should begin with, “Dear Liberal Cis White People…”

Because the disenfranchised population in this country have no responsibility whatsoever to do that work. Black people should never bear the burden of trying to empathize with a white man in Wisconsin who—because he is barely scraping by—voted for a man who promised to fix that by demonizing the disenfranchised and advocating acts of violence against them.

That’s our work, white people. We are the ones who need to listen to the white working class, to those who are afraid of losing their way of life, who fear that which is different even if that fear is misguided. We have to have those conversations, and we must do so with intention. Because as much as we pride ourselves on understanding how oppressive systems work, how they have been established over and over in this country since its inception to preserve the power and status of white men and women, we have done fuck all in bridging the vast divide that exists between us and those who would deny the very idea of an oppressive system, those who think that every American was born at the starting line when in fact so many were born outside the stadium and refused entrance.

I should have written more, reached out more, followed and joined conversations about how and why these people feel ignored. We like to think that our issues and passions as white liberals are rooted in our love of people, in wanting the liberties we enjoy as a birthright to extend to every American and every person who wants to come to America. We vote primarily with the idea in mind that we are only one small part of a much larger whole. And if we want the population of this country who overlooked the repugnant parts of Trump in the interest of themselves—to the exclusion of everyone else—to start to see outside the walls of their own home, we are the ones who have to help them open that door.

We think we are mad and angry and offended by this election. Our righteous white indignation is an affront to those people who woke up on November 9, 2016 faced with an administration that will terrorize their lives.

Earlier this summer I joined the team of a nonprofit called Farm Forward as their Director of New Media. This is where I have been and what I have been doing for the last five months.

Wait. I’m still not done talking about the election. Stay with me until the end.

Farm Forward is an advocacy group fighting to end factory farming and the atrocities it continues to commit against workers, the environment, and especially animal welfare. The story of how I got involved with Farm Forward unfolded in classic dooce® fashion when the wife of its Executive Director read the post I wrote last December about Eating Animals, a book written in close connection with Farm Forward’s founder.

I think the conversation between the two of them went something like this:

Him: “dooce? Am I supposed to know what that is?”

Through a mutual friend I soon got to know Executive Director Ben Goldsmith, and over vegan meals we’d swap stories about politics, religion, and food. Sure, many of the Farm Forward team members follow a plant-based diet, but what sets this organization apart from other animal advocacy groups is the fact that we recognize that people are going to eat meat. And so we approach the dilemma with that reality in mind:

How do we return to a system of farming that is ethical and sustainable?

How do we restore power to the independent farmer whose generations-old, family-owned business is being crushed by the industrialized system?

How can we stand up for the communities and municipalities being polluted and destroyed by factory farms?

And most importantly, how do we change a system in which billions of animals every year are sentenced to lives spent entirely in abject horror?

Ben and I happened to meet at a pivotal moment for both me and the organization. I desperately needed to work closer to home, and they needed someone to help them tell the story of who they are and what they do. Although they’ve been around for 10 years, it’s hard even for the brilliant minds who do this work to explain succinctly how they go about it. They work closely with institutions and universities, but they also do outreach work with religious organizations. They have helped craft the largest and most stringent animal welfare certifications in the country while also building tools for consumers. It can feel like it’s all over the map when in fact every component of it falls within an overarching strategy:

If we want to end factory farming, we have to change the way the nation eats and what they tell themselves about what they eat.

This brings me back to Eating Animals, a book that changed the narrative for me about the food on my plate. Eating Animals is being turned into a documentary film executive produced by Natalie Portman. We are confident that this film will introduce new audiences to the worst and best of animal agriculture and invite them to think about eating animals in new ways. And it has been my honor to work with photographers and designers and developers to rebrand and repackage Farm Forward so that, at a glance, we have a story.

And to that end, thank you Justin Hackworth. Thank you, Gloria Pak. Thank you, Brad Young. And thank you, Erin Eberle, for making a fantastic partner in crime.

Today is #GivingTuesday, and this year it’s more important than ever that we reach our end of year fundraising goal given that we’re facing a new administration whose agriculture advisory committee will include outspoken opponents of animal welfare policies. Let’s be honest. This new administration will include outspoken opponents of welfare policies PERIOD. We will have to work harder than ever.

I threw myself into this work because I believe in this movement and have a platform that I can use to elevate and promote it. I want to leverage this platform (and the skill set I have developed while building all of this) for something much bigger than myself. Anyone who works in the nonprofit world will tell you that the demands of the job are often grueling—just like any other job—and other than this work I’ve done nothing else but take care of my kids. I’ve had my head down in all of the documents and proposals and spreadsheets, all the duties that any one of us must attend to in our work. Add to that all the responsibilities I have to my kids and the fact that I am alone in those responsibilities, and more often than not I have felt like the most I could possibly do or ask of myself is make it to the end of the day in one piece.

I couldn’t possibly add my voice to what was happening during the election. My life looks like a game of Jenga, and one unexpected sneeze could knock the whole thing over.

But this thinking is the same mindset of someone who would vote only in their self interest, of someone who has put on blinders. We are thinking, “I can’t attend to your problems when my problems are about to swallow me whole.” This is our deeply flawed frame of reference.

We should be thinking, “Your problems are my problems.”

I promise to do better.