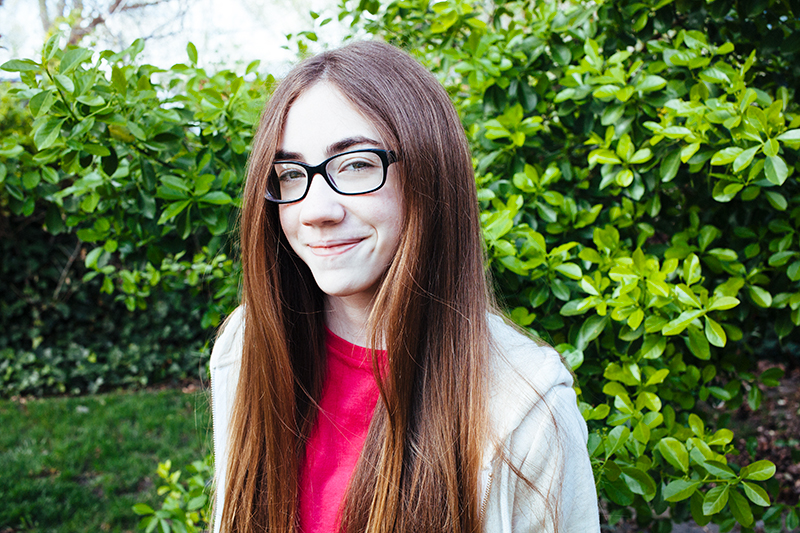 This year school teachers and friends stood in as a coparent for Mother’s Day to remind my kids that they should do something, anything, maybe even just wake up on the morning of and muse, “You know, things aren’t always awful, Mother Figure.”

Leta wrote me a lovely letter, and I don’t think she will mind me sharing a few lines of it here considering she posted a video of me over the weekend on her Instagram story wherein I was chomping away at a bowl of seeds. When I realized she was recording and aiming her phone at me I immediately opened my mouth and let the half-masticated blob fall out in lumps because I have a brand to uphold, and it needs to be consistent across all platforms.

You work your butt off to make your kids happy. You have put a roof over our heads and food in our stomachs. You understand me and the way my mind works, and for that I am grateful. I love questioning our lives during late night talks, watching TV shows, and ranting to each other about whatever. You are my light and life, and I aspire to be like you, strong and independent.

Yeah, you know. Whatever. So what if I cried like a goddamned baby. This is my mommy blog and I will be earnest when I want to.

TANGENT: Someone on twitter took a screenshot of an offline Elle magazine article about a motivational blogger/speaker in which the author takes a jab at me. Clearly the the writer has me confused with an actual Mormon because she said this website is full of “yawnable platitudes.” I love it when people write my taglines for me.

Also? She referred to my site as “Dooce” with a capital D. Seriously, Elle magazine article writer. Do a tiny bit of fucking research. I am far angrier about that than someone confusing me with a person who truly believes that a Jewish family sailed over on a boat and settled the entire Western Hemisphere.

You didn’t know Mormons believed that? Wait until you hear about the secret handshakes.

Leta and I have been watching TV shows together each night since the day she got back from New York over Christmas break, and last night we just started season three of “Felicity”. The first two seasons have what I think of as “compulsory episodes” like the Abortion Episode, or the I’m Keeping the Baby Episode, or the I Just Had Sex For the First Time Episode, or the I’m An Idiot and Cut Off All My Hair Which Sent The Show’s Ratings Into a Death Spiral Episode.

They’ve been an incredible tool for opening up a dialogue with Leta about so many issues, and this is what she’s talking about when she wrote “questioning our lives during late night talks” in her letter to me. After one intense episode we had a talk about love, and she asked me things like:

When did you first fall in love?

How old were you?

How many times have you been in love?

Have you ever had your heart broken?

How did you get over that?

Do you think I will ever fall in love?

“I love that I can talk to you about these things.”

We have had similar conversations about sex, pregnancy, abortion, miscarriages, and the sovereignty she has over her own body.

Coincidentally, I had an interview with an Australian publication yesterday, and the author asked me if I had any advice to give fellow parents of kids who are facing the onslaught of Social Media Awfulness. And I said to him:

Sit your kid down and tell them this, word for word: “You can come and talk to me about anything and I promise you that I will not be mad at you. No matter what it is. I will not get mad.”

And you have to stand by that promise, as fucking hard as that will be—however horrific or shocking or unspeakable it is that has happened—you can’t get mad. You have to listen.

And you have to be there for them. Make a safe space for them to open up.

Just remember. You, too, were once young and dumb and destructive and horrible. Be the person you would have wanted to be there listening to you.

Also, I see and hear you, you who were never dumb and destructive and horrible. You and I were the valedictorian of being the model kid who never fucked up. Let’s hope for our kids that they don’t suffer the same crippling neurosis.