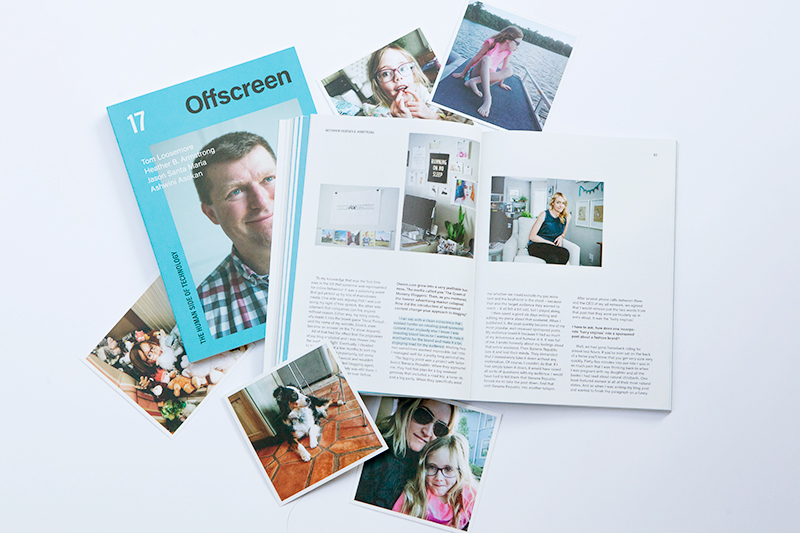 I got home from Paris on Sunday afternoon having not slept a wink on the flight home. In fact, I spent ten hours plotting the brutal kidnapping and torture of the guy sitting in the aisle seat who fell dead asleep, sprawled out his legs and arms like an octopus and would not wake up when I had to go pee. The kidnappers wouldn’t hurt him, no. Never. They’d just scare him enough that he’d shit his pants and then we’d be even. I’m only being fair.

This is the second time this year this has happened to me, and I was talking to a friend who has endured this dilemma many times while traveling internationally. We both agreed that eventually you reach a point when you’ve concentrated on holding your pee for so long that you no longer have to go pee, and that’s really fucked up. Because, where did the pee go? It must have escaped and seeped into every other part of your body IS WHERE IT WENT. This is science and it is horrifying.

I had only slept an hour the night before because I was wide the fuck awake that last night in Paris, walking and walking and walking, and when I got back to my apartment at almost 3 AM I felt like I’d slammed four cups of coffee. Four cups of very, very, very sad coffee. The saddest coffee ever poured, a carafe so heavy with emotion that when I attempted to lie down and rest for an hour I put my head on the pillow and started weeping. I cried that entire hour, in and out of sleep, the images of winding alleys and streets darting through my thoughts and dreams like a fairytale book whose pages had magically come alive. Holy shit, that is the grossest fucking sentence I have ever written. Ew. I am so sorry. Print out this post and use it next time you run out of toilet paper.

HOW ON EARTH IS THIS A POST ABOUT BOOKS PEOPLE SEND ME. WAIT FOR IT, JERRY. I AWLAYS GET TO THE POINT. HAVE YOU NOT BEEN PAYING ATTENTION.

When I got back from Montenegro, I had the worst jet lag of my life. Maybe because the journey home involved four different airports, a wild two-hour ride through the barely one-lane road surrounding a giant bay that stood between me and my departure, and a 10-mile walk through the terminals in Frankfurt. I was super screwed up when I got home, had no idea where I was, and felt like I was stranded in a block of cheese. I would try to pick up my legs to walk, and when it proved too difficult I would try to scream but only consonants came out of my mouth. In other words, I was sexy as fuck.

And in less than 24 hours of my return I had a photographer coming over to my house to take shots of me and the kids for a magazine called Offscreen. I’d given an interview about what the last two years of “Choosing Not to Blog But Then Changing My Mind About It All” looked like for me, and if it was going to look like I was looking at the time the interview was going to read, “Whoa. Whose idea was it to interview this hag?”

Offscreen was able to score the local Chad Kirkland who had photographed me before for Cosmopolitan, and when he showed up to my house I immediately apologized if no vowels escaped my face. I was really hurting that day—I did not know which end was up—and my god. Life. What life can bring together and show you and teach you, how it can nudge you again and again in the direction you are supposed to go, and JERRY. PAY ATTENTION. When life keeps nudging you in a certain direction, you best mind what it is trying to say. Otherwise it has no shortage of atomic wedgies with which to administer punishment for failing to show up for the exam.

And lawyers. And court documents. It has plenty of those. Trust me on this.

Chad is the best photographer I have ever worked with, no question. No one has ever come close. No one has ever made me feel more comfortable or at ease or safe. I’ve worked with many wonderful photographers, don’t get me wrong, and I even follow one on Instagram and Facebook whom I met in 2010 when I did a shoot for Better Housekeeping (that time I met Gwenyth when I looked like Peter Pan). We still exchange messages from time to time because I keep liking photos of his kids—okay, maybe he came close. He was amazing. He made me feel like an absolute star. David, you were an absolute dream and I won’t ever forget it. I still remember your joke about the lesbian dinosaur.

But on that day back in early June when I was so jet lagged and desperately trying to look like I had not bathed in battery acid, Chad made me feel secure that it was all going to come out fine in the end. That’s hard to do when you’re juggling two kids who are like, “You mean we have to pretend that we actually like you?”

And it did. It came out better than I could have imagined.

The shot he got of me that opens the piece happened right as we were exchanging stories about life, when capital L Life was nudging me and saying, “Heather, pay attention. Listen.” I don’t even know if he remembers that moment, but I was furiously taking notes. That’s what I do now. When you live through something like I did last year, you really start to listen to things, you start to hear the low notes that might otherwise go unnoticed when they in fact hold the entire song together.

I was again suddenly bumping up against That Which I Am Supposed To Be Doing With My Life. Thank you, Chad. I will be acknowledging you at the end of my book. That moment is with me forever.

And thank you, Offscreen, for such a lovely piece. To be able to tell my side of things without it getting twisted is such a privilege that I don’t often get. Just yesterday I gave another interview about something similar to this subject and the reporter kept asking about money. They always ask me about fucking money. And just so we’re clear: that’s a really disgusting invasion of my privacy that I will never talk about to any publication. That you didn’t ask about money, Offscreen, demonstrates the humanity you so generously offered me.

BOOKS! See, Jerry. I got to the point. You’re at the Olive Garden scrolling through this post on your phone, eating one of your free breadsticks and screaming UNFOLLOW under your breath, thinking also about how you need to buy a whole gallon of milk at the store (a French person told me that he finds this kind of repulsive about Americans and I could not stop laughing), when I know for certain that you’re kind of turned on. You’re welcome, Jerry.

The Losers Club
Acedia & Me: A Marriage, Monks, and a Writer’s Life
The Lost Ones

The Crowns of Croswald
House Jungle: Turn Your Home into a Plant-Filled Paradise!
Alexander Hamilton: The Graphic History of an American Founding Father

(Not) Getting Paid to Do What You Love: Gender, Social Media, and Aspirational Work
The Toddler Survival Guide: Complete Protection from the Whiny Unfed
The Hanging Girl