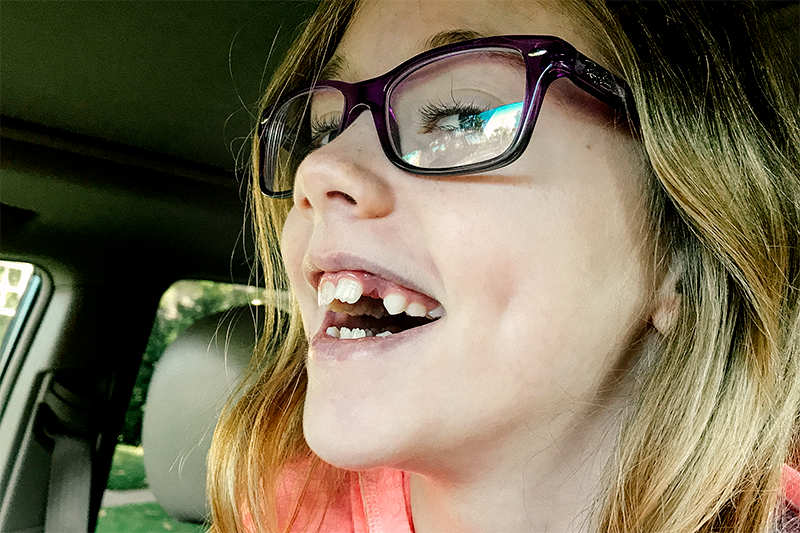 Because I am a bit tight on space in this new place I routinely have to take the recyclables out to the bin in the driveway the minute we go through them. There just isn’t a corner or cabinet for a recycling container inside the house. In fact, there isn’t enough room for a kitchen table, so I make the girls eat dinner on the floor with their hands tied behind their backs. If they spill a single crumb on the floor they lose a toe. Marlo is down to two on her left foot.

A couple of nights ago after I had killed a spider on the ceiling of the hallway leading to Marlo’s bedroom—a spider that was smaller than a dime but still scared her so badly that I thought it had attacked her two remaining toes—I gathered an empty cereal box and jug of orange juice to take outside to the recycling bin. Only, I took one step out onto the porch and got pelted with an acorn. And then again. I heard something rustling in the tree directly over the driveway, and there was a fucking squirrel sitting there smoking a cigarette and flipping me the bird.

That’s when I threw the empty cereal box at the tree. I am not proud of myself. But I would be if I had hit that bastard.

I turned around, the carton of orange juice still in my hand, and called for Marlo to come to the back door. I didn’t let her out onto the porch because she could have been hit in the face with a perfectly aimed acorn, but I pointed at the tree and said, “You don’t need to be afraid of spiders. We need to mobilize against the squirrels. They are the ones who will tear your face off.”

She looked at me like I was crazy and asked, “Why are you holding that empty jug of orange juice?”

You know that feeling you get as a parent when you find yourself at the end of a really long day, and your kid is not bowing down to all of the insane bullshit you had to pull off so that they don’t die cold and alone, and you just want to go, “Why? Why? Because I am a concerned citizen of humanity who recycles even the tiny plastic cover that I have to peel off of the Trader Joe’s frozen chana masala after I’ve microwaved it just for you—I go out of my way to buy that specific brand and kind of frozen food because you won’t eat anything else, shall we go over that part again? I didn’t think so—and a goddamn squirrel is staked outside my house right now with weapons. If it doesn’t make sense to you that I am standing here with an empty jug of orange juice in my hand you will forgive me. To break it down into simpler terms, I can’t get to the recycling bin and do my duty to this precious world we live in because a tree-dwelling rodent is being a total asshole.”

And instead you pull it together and just say, “Because I wanted you to be very confused.”

We then spent an hour negotiating a peace treaty between each other over a loose tooth that was bleeding so badly she looked like she had bitten that squirrel’s head right off. Normally loose teeth are a battle I do not fight because my kids have been known to stand their ground for, oh, centuries, and I don’t really have a defense when my fingers are right there between someone else’s incisors, someone else who very much does not want my hand inside of their mouth. But this was right before bedtime and I didn’t want her to bleed from that tooth all night and wake up in a murder scene.

I called in Leta for reinforcements because the amount of blood was causing Marlo to be hysterical, and the two of us worked together to calm her down, push the tooth back far enough that whatever weird grip it had on her gum weakened enough that I could then yank it out. Except, it make an awful clicking noise when I did—there was no root whatsoever, it was just stuck up inside her face. That click made her adrenaline spike and my gag reflex go bonkers. Which, when paired with the amount of blood in the bathroom sink at that point made me think, well Jesus fuck, the insane bullshit we pull off every day so that they don’t die cold and alone.

I used to watch TV during natural disasters and would leave it on so that I could get updates as they unfolded, but since I canceled my cable subscription back in March I have to piece together events as best I can online. I am late to say anything about the events in Texas, but I’ve reached out to family and friends who live in Houston and the surrounding areas and luckily they are all safe.

I have been wondering what best I can do to help, and I think the smartest thing is to get more money to the organizations who are already on the ground making a difference. And to nudge us all to do so, I’d like to match any of your donations to the American Red Cross up to $500. Just email me (dooce at dooce dot com) a screenshot of your receipt, and I’ll thank you by first name here for helping us get to that goal. Also, if you know of any organizations who might need supplies immediately, leave a comment with their website/address and I’ll see what I can get shipped from Amazon. I heard this morning that some places need diapers badly, and hell. I’m a mommy blogger. Let’s get some kids some diapers.

As parents and families and friends we all face problems and challenges that are relative in scope and pain and consequence. I just know how incredibly lucky I am to be safe with my own kids who don’t understand why I am standing in the doorway holding an empty jug of orange juice, angry at a squirrel.