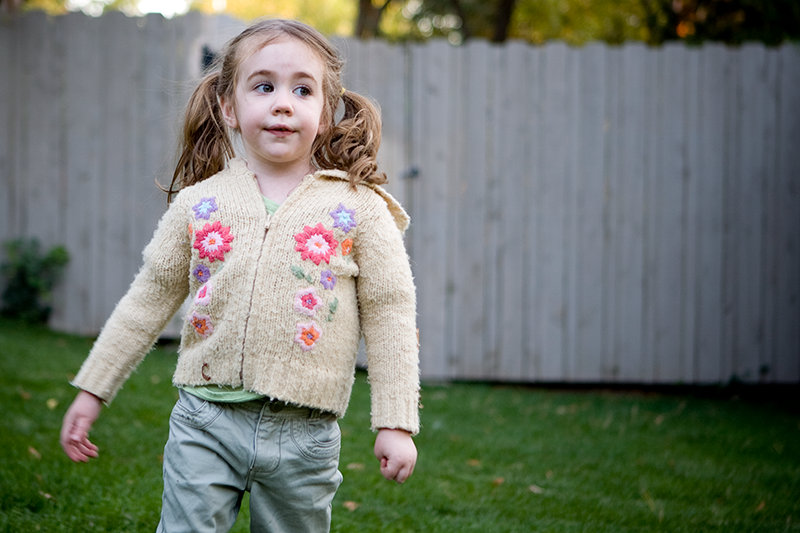 Last night I was making the girls dinner (reheating MEAT-sauce spaghetti that they love and I emphasize MEAT here like I would CHOCOLATE PORN because if my kids will eat anything, my god I will feed it to them) while listening to my August playlist. First, the food thing: how many times have I written about this, but I ate nothing but apples and peanut butter until I was 24 years old when I tried sushi on a dare and was all WHY HAVE YOU PEOPLE BEEN HIDING FOOD FROM ME MY ENTIRE LIFE?! I was so mad at my mother who had been trying to get me to eat something other than apples and peanut butter the entire time I lived underneath her roof, but it’s not like I intentionally starved myself when she would place anything with color on my dinner plate. Oh, wait. That’s exactly what I did.

And she didn’t murder me. Go figure.

Two, the music thing: I wrote about the fact that my kids like to listen to my music when we drive to school—which, by the way, TANGENT AHOY: this is the fourth day of school and I intentionally left five minutes later than usual because I’m getting to Marlo’s school so early that we are pulling up, parking, and angrily arguing about whether it is or isn’t time to get out of the car.

“I am not going in there only to stand in the hallway for 15 minutes while kids scream at a decibel that makes me want to chase them with a fork, no. Not doing it.”

“Marlo, we have another ten min—”

I am totally being manipulated by my eight-year-old.

But that five minutes proved to be a fatal error. In that window of time every single person in Utah started driving their kids to school and traffic was so bad that we made it to Marlo’s school with only a minute to spare. A single minute. I am not a Late Arriver, people, and that shit stresses me out almost as much as my phone battery dipping below 70%. You people who walk around with your phone batteries dipping below 20%? FUCK NO. You and I cannot hang out because all I will do is think about your phone dying in your pocket while you’re trying to talk to me about some shit your sister said to you and I will just nod and pretend I’m listening. I won’t remember a single word you said because you don’t care enough about your phone battery.

My kids like my music. I win. There, that’s all.

Where did this begin? Oh, right. Last night while I was making the kids dinner Leta asked if I would play her the song I was listening to in the car on the way to the hospital the day she was born. It’s called “Elevator Love Letter” by Stars:

I hear the first note of this song and I am immediately transported back to those first few months of being a mother and am gripped simultaneously by the terror I experienced postpartum—I had no fucking clue what I was doing—and the woozy nostalgia of my tiny and fragile frog baby. I mean, would you look at this infant:

I also listened to Air’s Talkie Walkie incessantly those first few months. That whole album is full of all these amazing sounds that soothed her and calmed her down in her agitated moments of which there were many. I turned on this song last night and asker her if she remembered it:

I met someone in Paris who grew up in Versailles and he talked quite a bit about all the popular French bands who are from his home town, including Air. And last night as I was playing this for her the world sort of closed in on me and, Jesus Christ. Life. I spent my 42nd birthday eating cheese and bread along the Grand Canal at Versailles. And 13 years ago I somehow I survived a weary and bleak postpartum experience whose soundtrack was by a band who grew up around the corner. I was alive. I was fucking alive.

Marlo asked what I was listening to when she was born, and I turned on “Nude” by Radiohead:

I had In Rainbows playing on repeat during Marlo’s entire labor, and what makes this song so special is the fact that Leta used to beg me to play this song when I picked her up from preschool. It soothed her, and she called it the “Nah Nay Noo Song.”

Can you even handle that. No you cannot because she looked like this during that time:

There is so much music in my life right now, so very, very much. And I’m calling it now, this right here is my favorite song of the year. The way it builds, and then builds, and then builds—it has inside of it everything that knocks my feet right out from underneath me. I shared it with someone I knew who’d love it and he said, “The sky first opens up at the 2:42 mark and then again but even more at 3:34, and then once more for good measure at 4:29.”

And that was the perfect response. This song is the sky opening up: