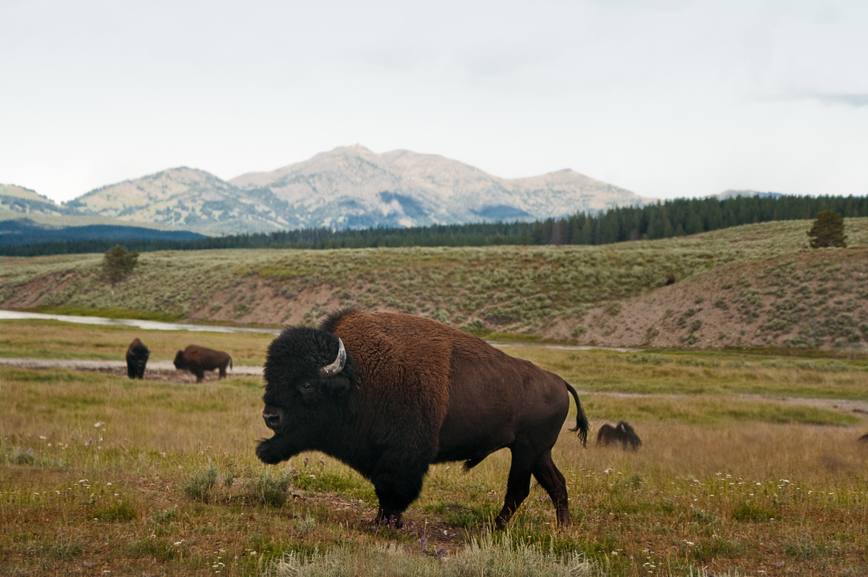 Yesterday I began telling you the story of John Arbuckle, a 9th generation farmer who runs a farm with his wife in Missouri—he and his network of pasture-raised famers only produce sausage for ButcherBox at this point—and the response has been phenomenal. I will admit that when I hit publish I braced for impact. How could someone who ate an entirely plant-based diet for two years be touting the merits of a service involving meat consumption? How could this dreadful woman be any more dreadful? YOU JUST WAIT I HAVEN’T EVEN BEGUN, BRANDON.

Just a reminder, ButcherBox is celebrating its second birthday by giving new customers two free 10oz Ribeye steaks in each box they receive for the rest of the year (12/31/17). That’s up to 8 Free Ribeyes, a value of $100. And this offer is limited, exclusive, and time-sensitive. It starts today and ends Sunday, September 24th. If you’re going to buy and eat meat, this is one of the most conscientious ways to do so, for the health of your family, for the planet, and for the sake of the animals being raised for food.

As a 9th generation farmer John understands the relationship between his land and his animals and more broadly the environment and land-grazing animals as a whole. When I ask how we reckon with meat consumption, I am first and foremost concerned about the welfare of animals being raised for food. But we also have to consider what the industrialized food system is doing to the planet, and my discussion with John circled back to this specific topic. His experience with this aspect of it is particularly fascinating. He’s studied and fostered the relationship between animals and the land in his pastures.

Also, the way he says my name in the video below is just downright adorable. I so admire how much he loves what he does, and that love is so apparent.

A lot of the information that we have that’s based on carbon sequestration comes from the grass-fed beef movement. In the last 10 or 15 years, the quantity of cows being grass-fed has just gone through the roof. And with that, people have been able to accumulate a whole body of knowledge, a whole body of data, based on how quickly they’re sequestering carbon.

The way that cattle sequester carbon is by grazing grass, in an intense but short rotation. So for example, a farmer will allow a herd of cattle to graze an acre. They’ll control their movements using solar-electric fencing. And then after a 24-hour window, they’ll remove the cattle from that one acre. Hopefully they will have eaten it down to within four inches of the ground, let’s say. And they’ll move them to the next paddock.

It’s a beautiful mirror image from underground and above ground. Another way that carbon is sequestered through large herbivores grazing is the roots of grass releasing waste. It’s essentially the plant equivalent of using the bathroom. It’s called root exudates, and they’ll be releasing that underground as a byproduct of growth. Just like animals.

Those are two ways that grazing sequesters carbon. And pigs, to my way of thinking, sequester carbon even faster than cows because pigs will be consuming some of the grass that’s there, but rather than eating the grass completely, they impact it by lying on it and standing on it and eating on top of it and sleeping on top of it. They take grass from standing vertically and they knock it over and make it lie down horizontally. And that hits the reset button just as well as grazing.

We’ve let large pigs in the fields of standing brown, stemmy, past-its-prime fescue, which is a Midwestern grass. And after they’ve kind of rolled about on it for several days, we move them on and when we get another rainstorm it all comes back green. It never would have done that had I just left it alone.

You know, one thing that people don’t always realize is that large herbivores and grass really need each other in order to thrive. Just like the caribou require the wolf. Without the wolf, the caribou population will gain momentum very quickly until they’ve depleted their resources and diseases become more present because the sick caribou are not eliminated from the herd by the wolves. So for that reason, the caribou really require the wolves in order to be healthy. The same is true of grass and large herbivores.

Whether it is a bison or a cow or in my case a pig, America’s grassland requires a large mammal and the reason for that is they have co-evolved together. They require each other. Grasslands that exist without large herbivores are kind of like a herd of caribou with no wolves. They really, really require the large herbivore to thrive to their greatest ability. A world without cows or pigs or bison would be a very brown, crispy, untenable world. At the time of European contact, there were 30 million bison grazing most of the lower 48 states.

And that’s why it was so green for the first European’s eye. The land and the animals had their own system of what we would call permaculture, or management. You know, the buffalo would graze intensely and would move on and give the land a long rest period before returning.

And that’s what we try to mimic with our pigs. As improbable as it may sound, we try do the same thing.

We also feed organic vegetables to the pigs. The reason that we go through the effort of growing organic vegetables for the pigs is, pigs only have one stomach. They are what’s called a non-ruminant, or a single stomach farm animal. Cows can live exclusively on grass and be totally happy, have all their nutrient needs met. Pigs need a little something extra. So we give our pigs either organic milk powder, or we bring them big truckloads of apples.

But, if they are consuming green vegetation—and they are—that greatly increases the omega-3 content of their meat. A few times we have sent our pork chops off to the laboratory to be tested for nutrient density, and our pigs have come back with some of the highest nutrient density reports that have ever been tested in pigs. That’s not to say that we have the best ever, it’s just that since people have been testing pigs for omega-3’s, we’re pretty close to the top of what has been recorded. And there are so many incredible benefits to omega-3’s. It’s an anti-inflammatory, it helps reduce the incidence of certain cancers and diabetes. That’s the difference between pasture raised and industrialized, the health and nutrition that is in the meat.

And it’s because pasture raised has all this additional nutrition in it that it is more expensive. I think it’s 100% worth noting that the skill necessary to fill a pig with green forage and increase that omega-3 content, that takes a lot of time.

We’ve been fooling around with it for eight years now and I think I’ve got a decent handle on it. But that’s how long it takes some people to get a master’s degree, you know? So maybe there are people who are quicker learners than I am out there. But you know, if a person really values the carbon sequestration element and the high quantity of omega-3’s? The happiness factor for the animals, the fact that they get to run around in the woods? All those things don’t come cheap and easy. You know what comes cheap and easy? Dumping a bucket of corn over a fence onto concrete.

But know this, I respect the perspective that if you don’t feel good about eating meat you should choose to refrain. Whenever I feel that something I am doing isn’t making me healthy in the long term, or making the Earth a greener, cooler place, or creating healthy, happy animals, it’s worth refraining from that.