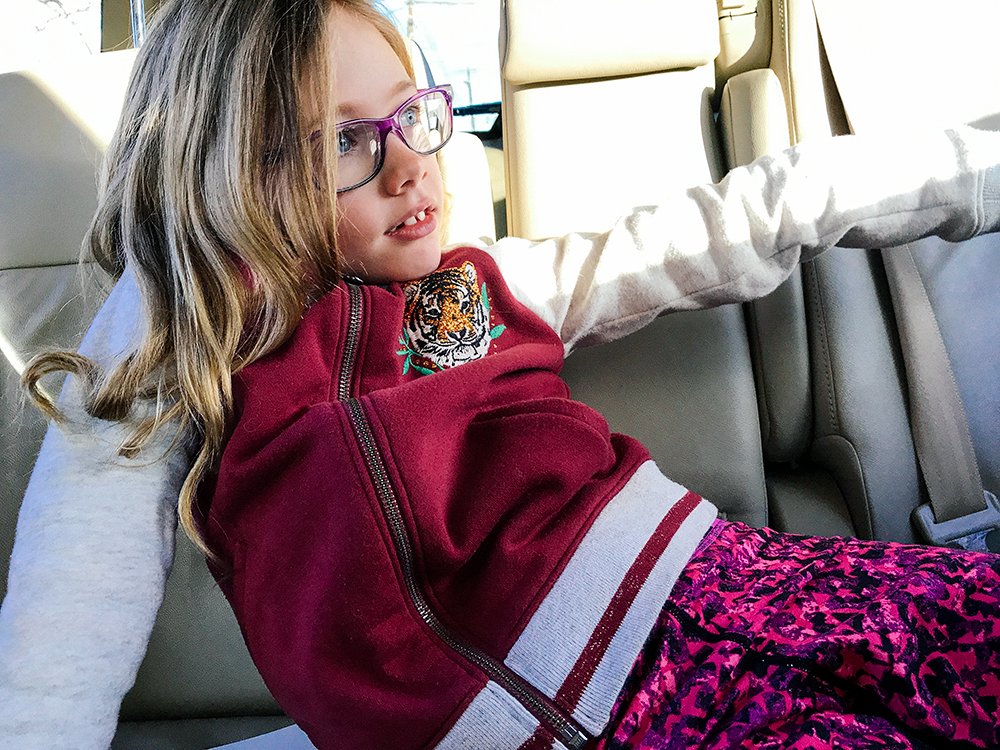 I get sent a ton of self-help books—How and Where to Hide The Body was a particularly useful one given that it had a chapter dedicated to the window of time it takes for flesh to start rotting and provided useful tips for how to mask the odor—and recently the whole “being mindful” theme to these books has gone up about a thousand notches. I’m getting mindfulness books for kids, and I’m like, DO YOU EVEN KNOW WHAT A KID IS. It’s like that one awful person who wrote that one awful book about tidying up who said that kids will figure out how to declutter their lives by learning it from us through goddamn osmosis. I’m pretty sure—correct me if I’m wrong—but she didn’t have a child when she wrote that book and until she practices mitosis, she can shut the fuck up.

Yes. I’m still mad about that book. I don’t hold grudges except maybe now I do.

Little kids already live in the moment. They are the embodiment of what we’re trying to recreate in our lives by practicing mindfulness. Those of you who have ever lived with a small child know exactly what I am talking about, and all this shit about “letting ourselves experience the emotion, preventing ourselves from escaping the emotion” have more than once or twice or twelve times told a five-year-old asshole to get off the floor of Target and save the screaming and the tears for later when we can lock them in a closet. STAVE OFF THAT EMOTION NOW BEFORE I COME OVER THERE TO THE TOY AISLE AND STAVE IT OFF FOR YOU.

The last few months—fine, years, YEARS—with Marlo illustrate this perfectly, in particular our morning routines together as a unit of three. Leta and I had come to dread breakfast and the drive to school because we didn’t know what we were going to get with that kid. Would we get “Meh Marlo” who could not be bothered to have an opinion on what to eat or wear or listen to in the car—WE HOPED! WE HOPED! WE PRAYED AND FASTED!—or would we get “Maul Your Fucking Face Off Marlo” who preferred to be asleep in her bed and, what? Excuse me? You offered her a waffle for breakfast? A waffle with maple syrup and fresh fruit? How. Dare. You. Go ahead and die and at your funeral she will toss that maple syrup and fresh fruit-topped waffle on the lid of your coffin and then turn around to all who have gathered to make an overly dramatic jerk off motion before running over to your mother, poking her in the eye, and snapping the elastic of her panties.

Many, many, many, many times in the last year we got the latter. Like, all the time. We wore helmets to bed just in case, you know?

She felt rage and was letting herself bask in that emotion. I can’t wait to finish a course in mindfulness so that I can take an axe out into a field and destroy a fuckton of gourds.

It’s no secret that my kids go to therapy, although it has nothing to do with DUN DUN DUN Mommy Blogging Exploitation® and everything to do with, oh hey! My parents are divorced! And one of them moved across the country to live with his girlfriend! I found my kids’ therapist through a friend and then realized, holy shit, he is the therapist to the kids of at least five of my friends. When we show up for an appointment he routinely has to come into the waiting room and pretend that he doesn’t know that everyone knows each other, and we all do this awkward dance and game of, “Duck, Duck, Narcissist.”

Am I going to get sued for that? Maybe. I sure hope so. But Stacia, that was for you. It’ll be worth it. You’d do it for me.

This therapist is a miracle worker. I talk about him quite a bit on my podcast, and in the span of nine months he helped Leta though a debilitating case of anxiety and obsession with weather. She came out the other side almost unable to remember that she would check the weather app on her phone at least three times an hour. And with Marlo, they’ve been working on these maul-your-face-off moods. And it’s been working, to the point that in the last couple of months Leta and I have been holding our breath every morning waiting, waiting, waiting… and the murderous bear doesn’t ever show up. We don’t flinch when she pauses with her cereal spoon in her hand wondering whether or not she is going to impale us with it. Or jam it into her own skull so that she can write DIE YOU YALE SNOB DIE MOTHERFUCKER in her own blood on the door of her first job, oh wait. THAT WAS ME. OOPS. Again, sorry about that, Sam!

And then… last week.

All of a sudden Leta and I were momentarily plunged into “hit the floor and wait for the enemy to retreat” mode by a loose tooth that was causing Marlo a shit ton of discomfort. It did and it did not want to dislodge itself and made it impossible for Marlo to eat her Cheerios, and BEHOLD: I practiced mindfulness. Watch this! BEHOLD MY GLORY: I attempted to pull the tooth once during breakfast when she couldn’t get a single bite down. After she flipped out and ripped her body away from me with my hand still in her mouth, I said, “Done. We’re done here. Make a decision. I’m done.”

And I was not wavering in any way whatsoever. Get off my lawn. Get a job. Pay some taxes. BREAK A BONE AND WORRY ABOUT HOW YOU ARE GOING TO PAY THE EMERGENCY ROOM BILL AND GET BACK TO ME.

I proceeded to ignore her and continued with my morning duties. And I truly didn’t care. She could swallow that tooth or grow up to be a 30-year-old with that goddamn tooth still attached to the top of her mouth, and I would not care. THIS MOTHER DOES NOT CARE.

She tried three more times to eat a bite of cereal and it was not going to happen, and that’s when the therapy kicked in.

“Mom?” she asked with the question mark and, my god, the manipulative dimple. “Let’s go get a washcloth and do this. I’ve decided.”

I nodded, and then we headed to the bathroom where I warmed up the water in the sink, doused a washcloth and then somehow overcame every impulse to puke up my heart, liver, large intestine, small intestine, gall bladder, kidney, both ovaries, and my fallopian tubes as I gripped that tooth and felt it tug between my fingers. NO. NOOOOOOOOO. I did not sign up for this as a parent, this TOOTH REMOVAL OPERATION! Except, guess what. Yes, I did! I did when I had kids, first, and I did, second, when I asked for a divorce and could potentially be faced with raising these heathens alone.

Here I am alone and there is no one else to perform this procedure. Buck up, Buttercup!

But this is not about me overcoming the instinct to run screaming in the opposite direction to another continent, no. This is about the bravery of that kid who has already endured and overcome so much in her short eight years on this planet. That kid had her world turned upside down and sideways and then painted by an impressionist before it was returned to her. And there she was with my hand in her mouth wrestling a semi-permanent object within that mouth and she braved it and stood there and with tears in her eyes suffered the “yank” of the dead tooth from a portion of her gums that did not want to let go. A yank that deserves it’s own eight-episode horror story on Netflix.

What was that movie called… wait.. my head is full of grocery lists and piano recitals and fuccccckkkk when is my daughter supposed to change her Invisalign trays…

“There Will Be Blood.” THAT ONE. GUESS WHAT. THERE WAS.

Holy shit, you guys! The blood! The gore! The severed pig head on a stake! It was gushing out of a giant hole in her gums, and it splattered all over the bathroom sink and onto her pajamas. She rinsed her mouth out several times and I finally had her hold the wet washcloth against the wound while I tidied up the crime scene. Four hours, 17 mops, three giant beach towels and a gallon of bleach later, I’d managed to hide the body. Bleach, by the way, is super toxic for the environment but it sure does overpower other unseemly odors! Keep this in mind the next time someone tells you to calm down, or worse, smile.

And then she was perfectly fine. She finished her cereal—by the end of breakfast her milk was pink—without complaining or even referring to what had just happened. No drama getting dressed, no drama getting out of the door, no drama on the drive to school. She was feeling perfectly fine and unencumbered by any anxiety. It was as if she had spent her entire morning meditating. Meanwhile, I’m in the driver’s seat of the car with the feeling of that stuck tooth between my fingers and the cracking “yank” on loop in my ears trying not to drive the car into a ravine on purpose. We’ll just call that “basking in the horror.” I don’t need a mindfulness book to tell me how to do this right.