Every Halloween I experience a muscle memory wherein I reach for my camera while gathering a costume for The Original Meme Dog, he who made me a mother a few years before Leta did. That may sound like a weird sentiment, but Former Congressman Henry Buck Chucklesworth rolled through my life with the force of a tank when Jon and I adopted him in 2001. Even Jon would admit that we adopted a puppy only to feel like we were waking up every morning to a litter of human babies. 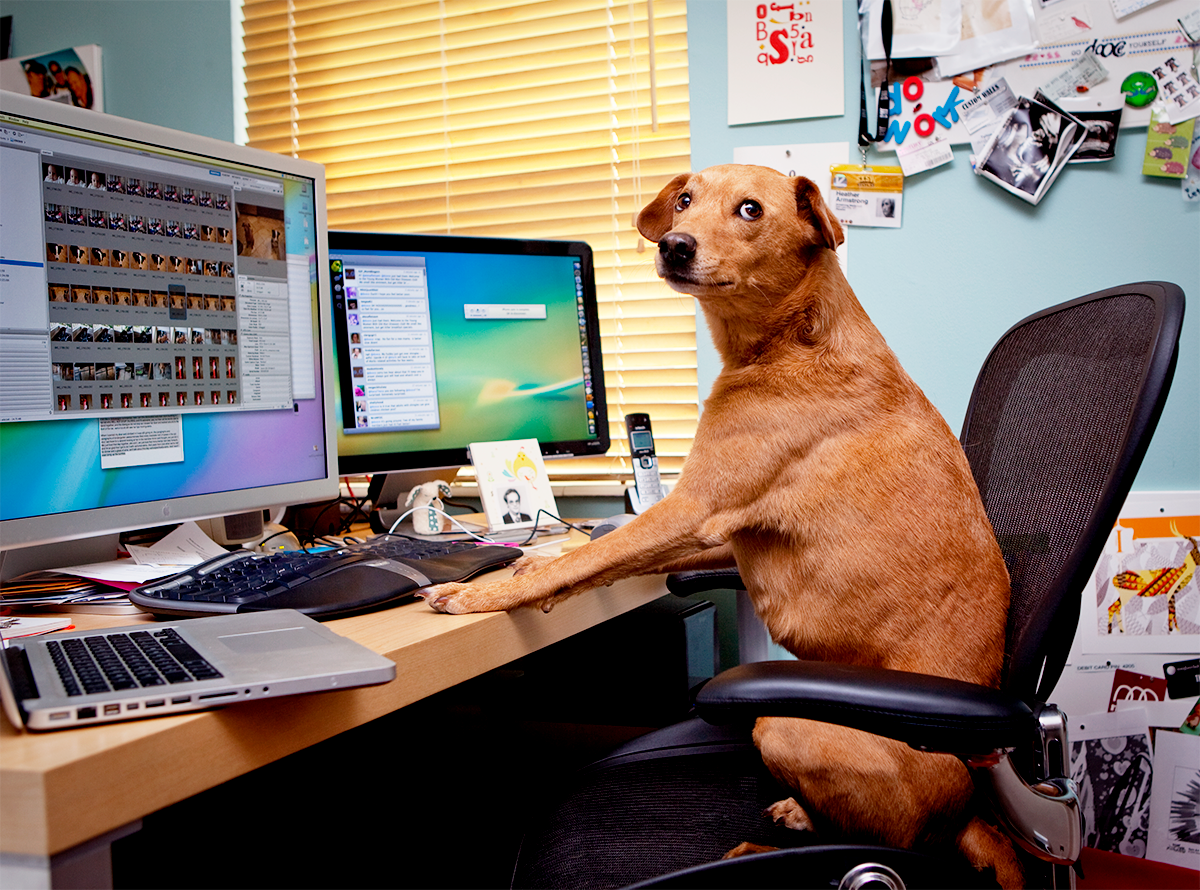 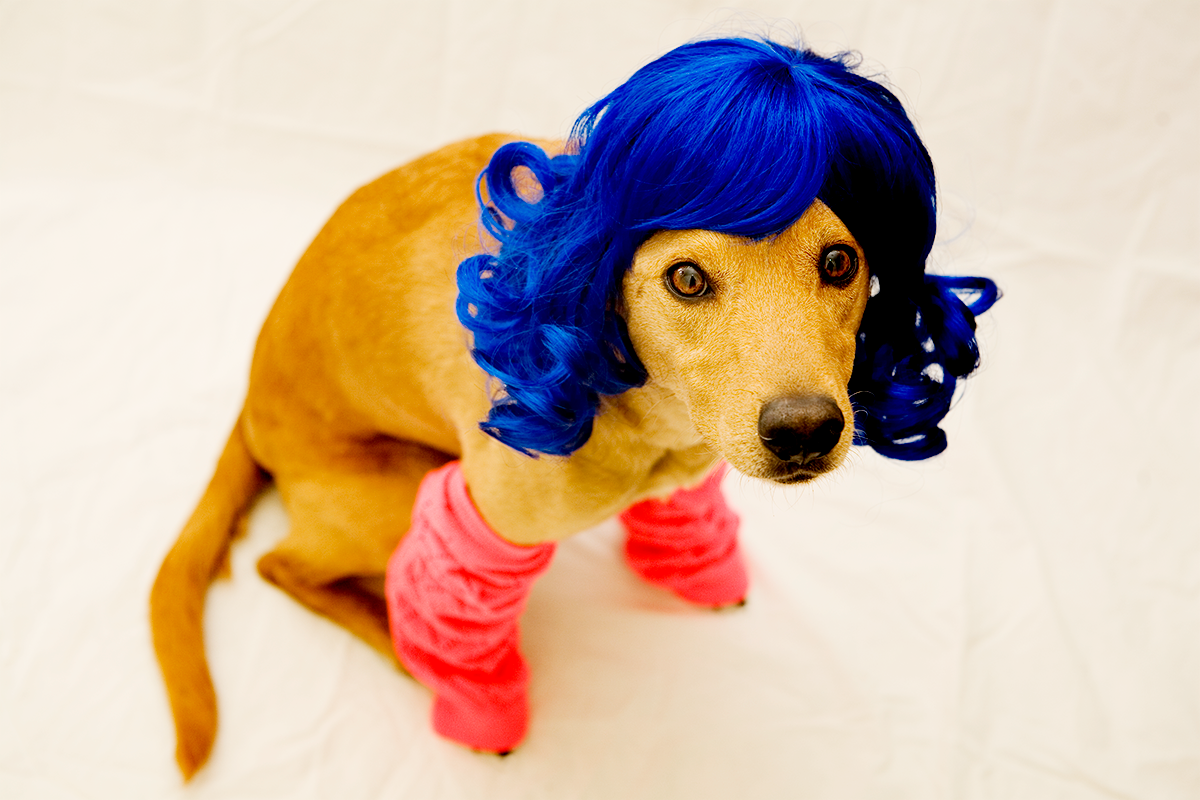 My relationship with Jon went from zero to 11 so quickly because we were both recovering Mormons who found in each other a desire to share certain cultural aspects of the religion. Chief among these desires was a yearning for children — he had been married to a woman named Karen in the decade leading up to our courtship, a laughable word given that we didn’t date. He literally moved out of his apartment with Karen in San Francisco and found a new life with me in Los Angeles. And we justified this because we wanted to start a life together outside of the religion we had left behind, one in which we had both been incredibly devout.

In fact, Jon served a Mormon mission to Manchester, England in the mid-80s. He was once walking down a back alley with a companion when they both heard a band messing around in a garage. He convinced his companion to stick around for a few songs, tucked away and out of sight so that they wouldn’t be found out, and within minutes Jon realized he was standing there in the middle of Manchester, England listening to The Smiths tinker around with what would become some of their biggest songs.

I have always smiled about this story given that Chuck brought so much light into people’s lives not only through his antics and ability to balance heavy machinery on his head, but also through his brooding, teenage melancholy. Fans of Chuck will remember that this was his theme song:

Fans of Chuck will also remember how spectacularly he could pull off a scarf, a string of beads, or a full on Halloween costume. 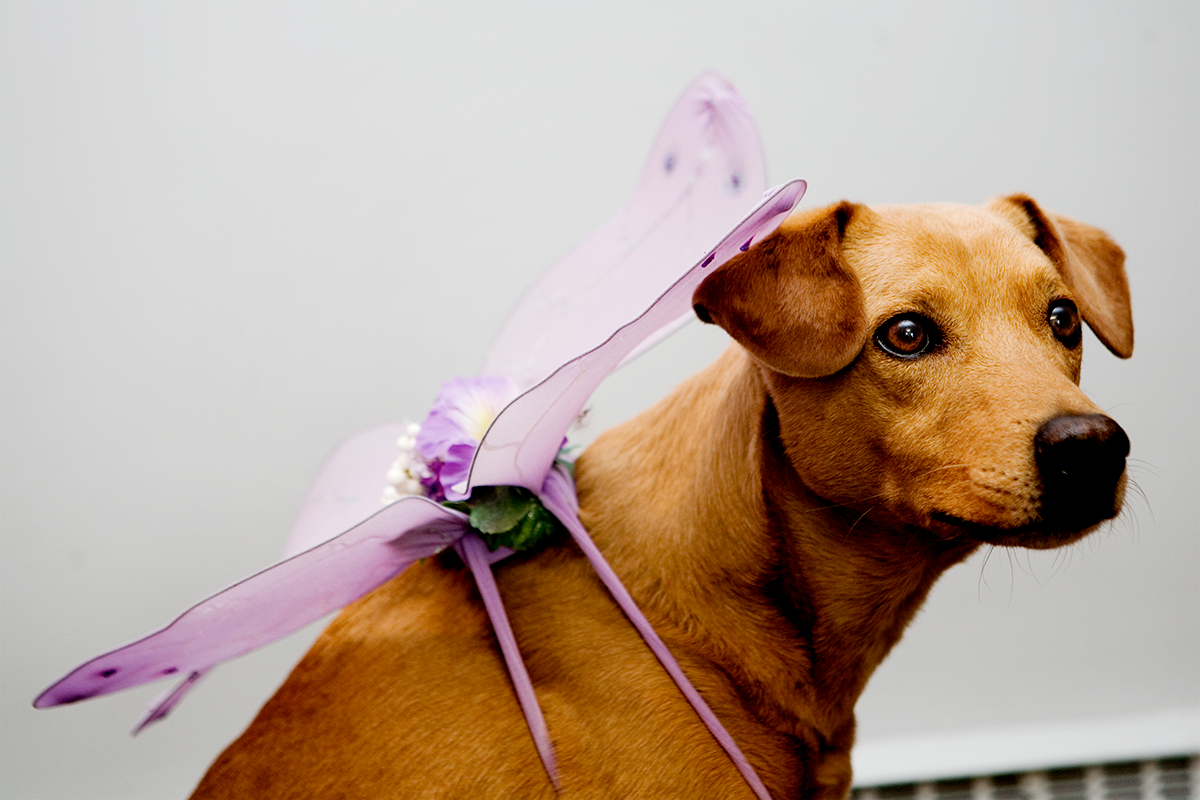 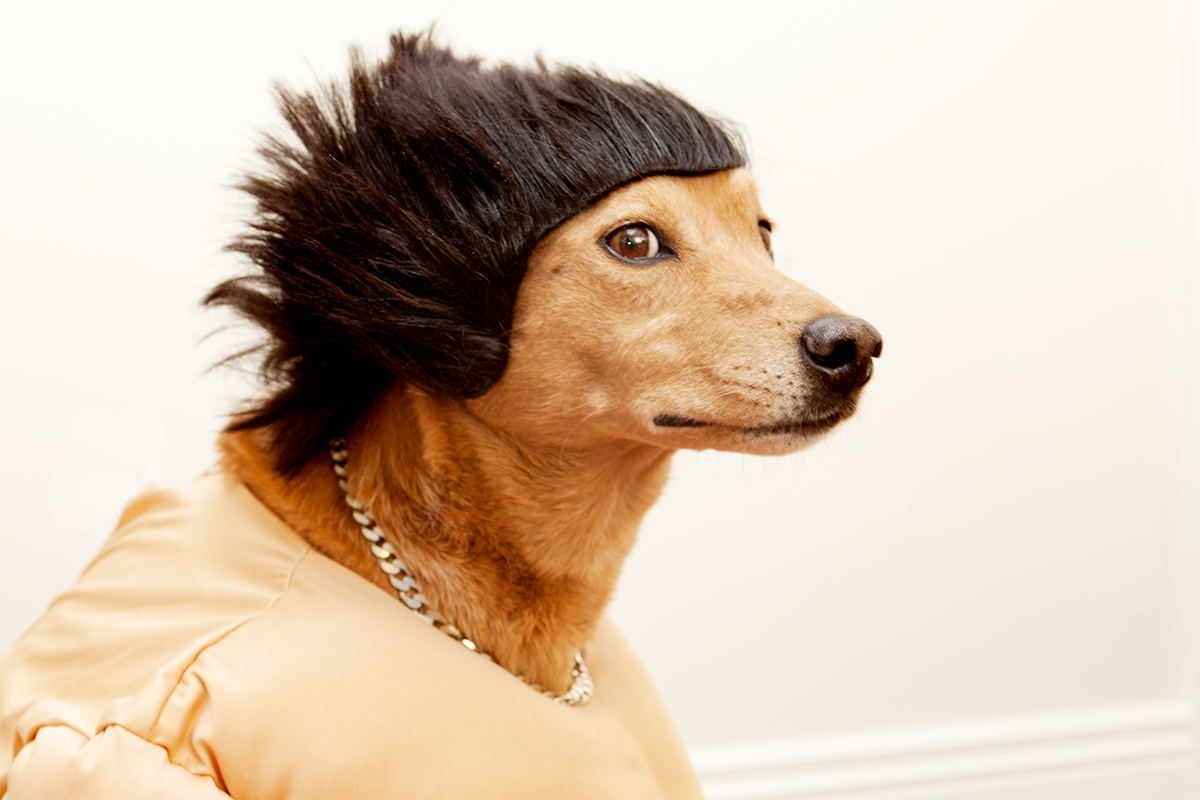 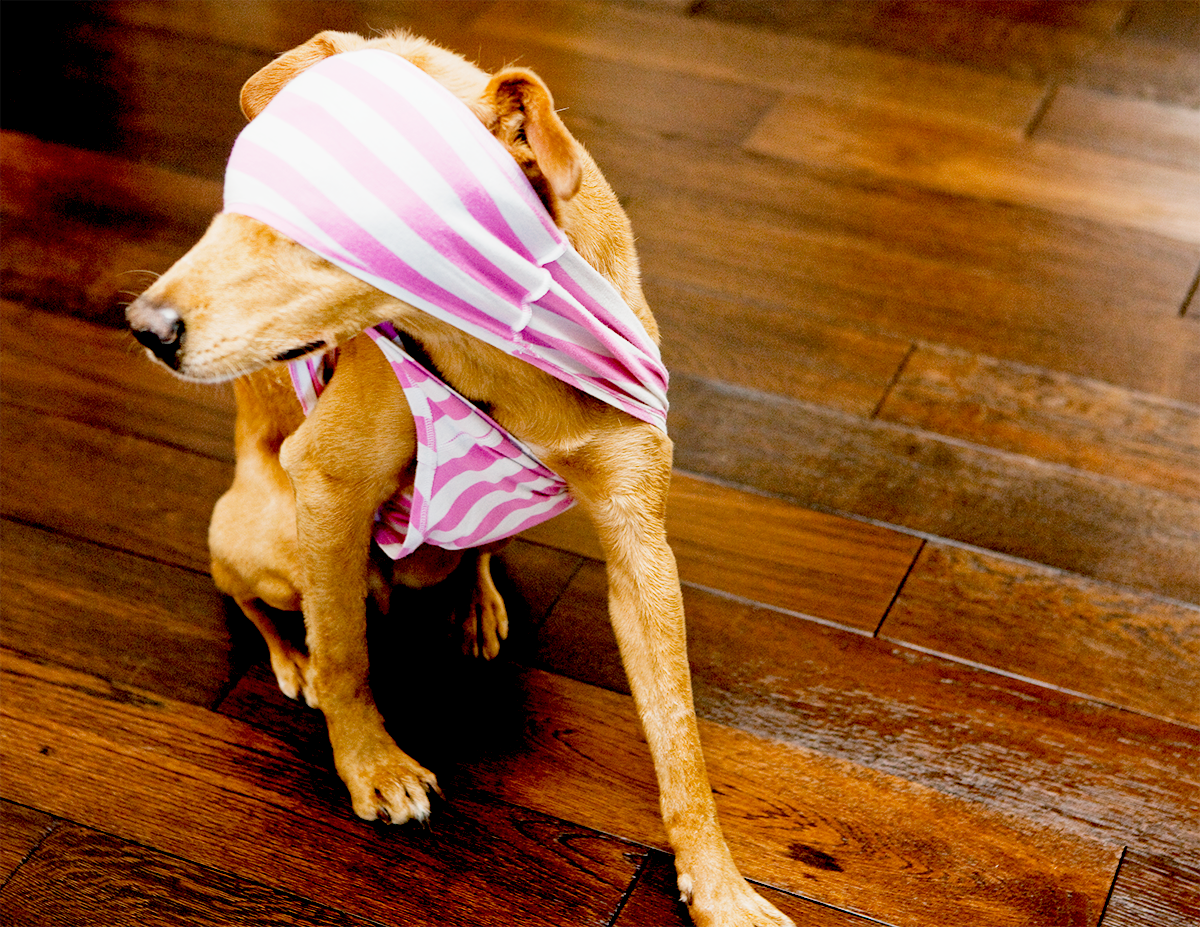 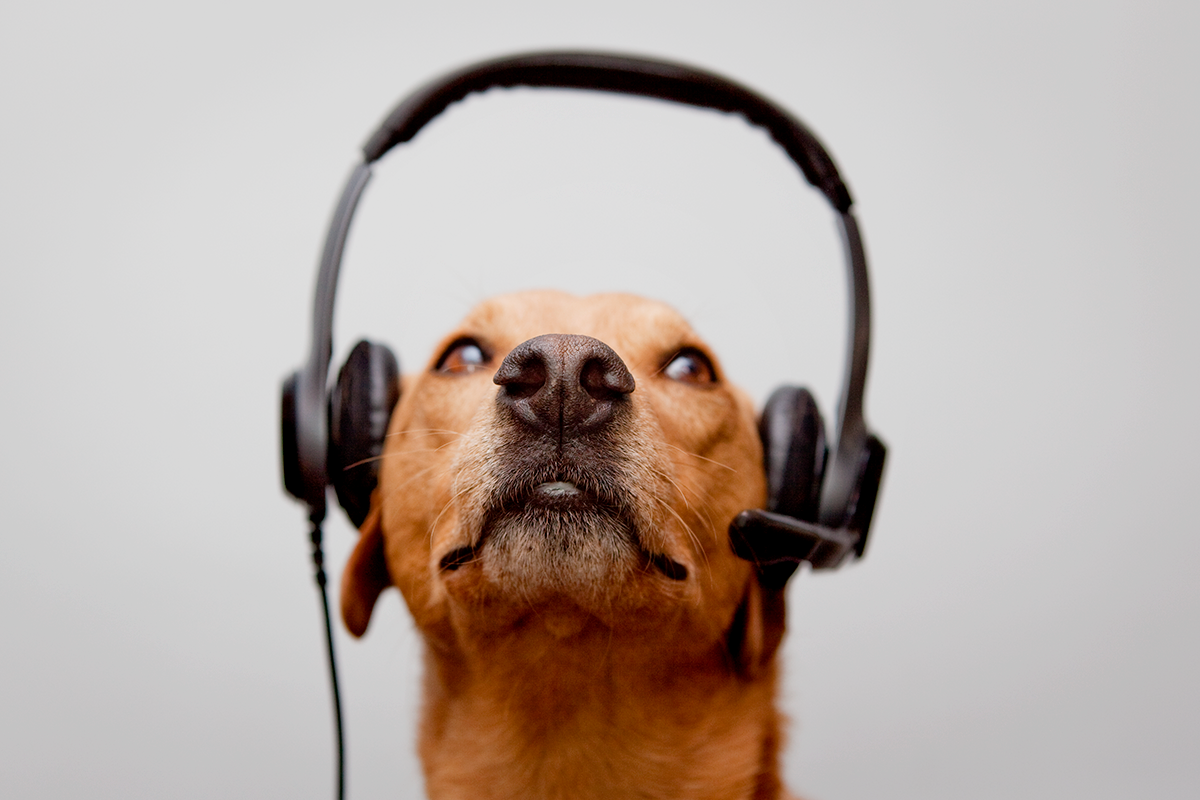 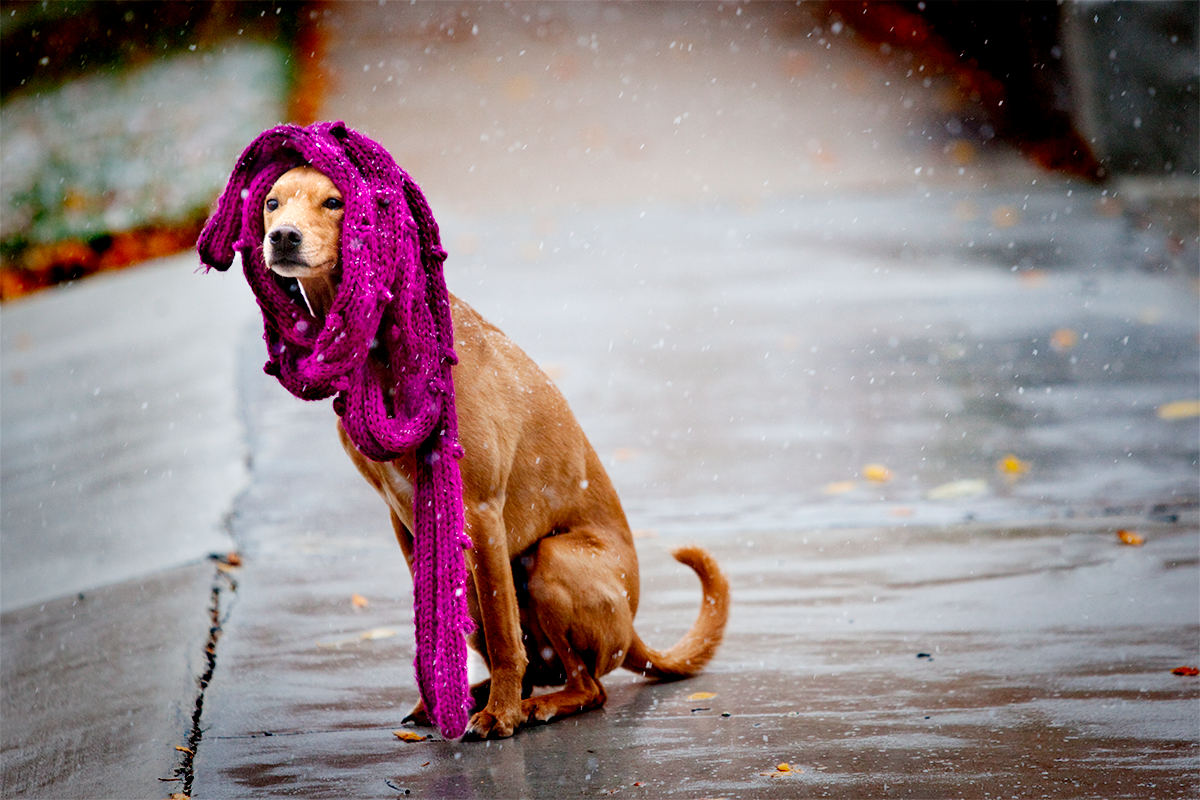 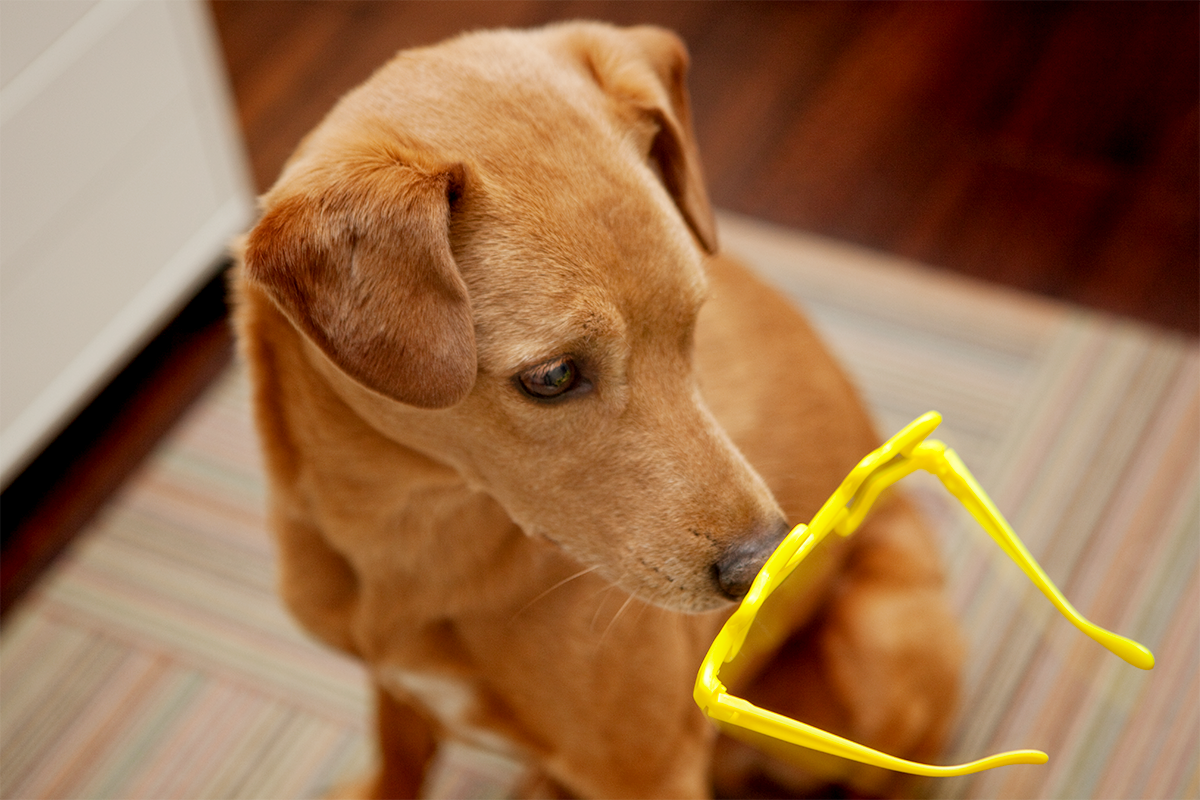 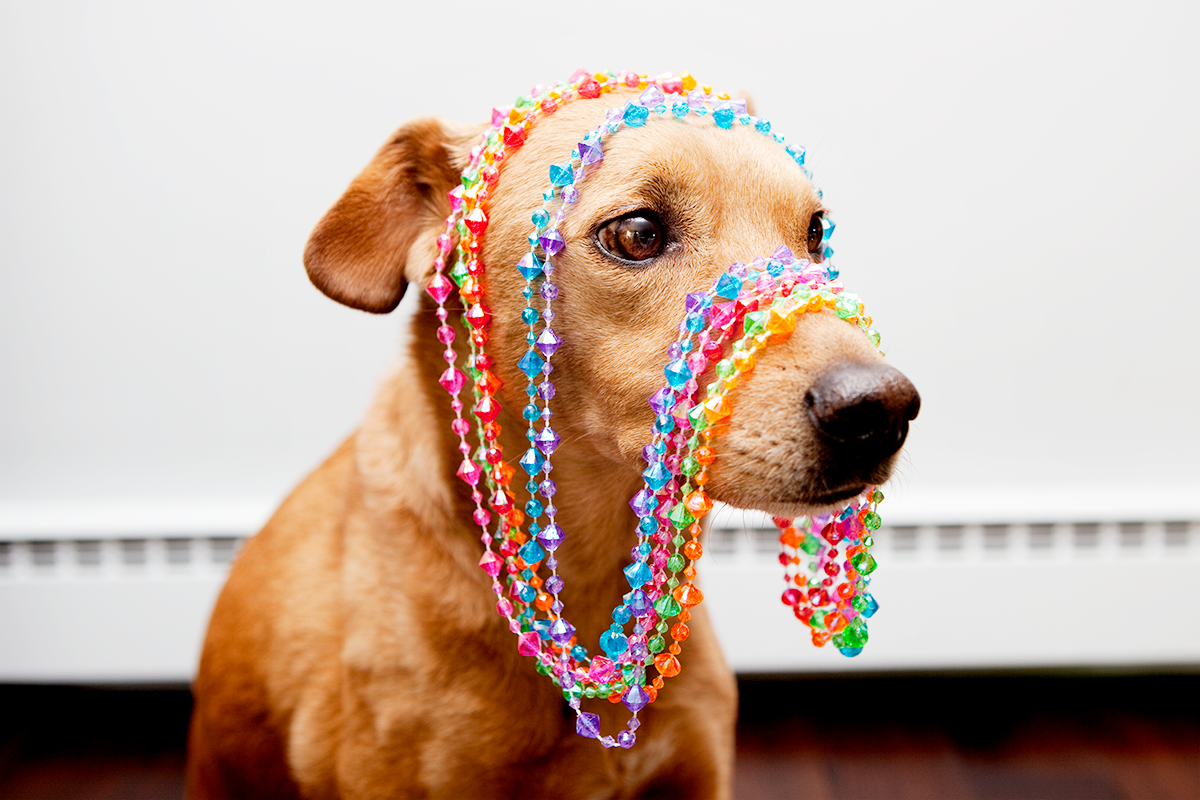 I used to joke that I experienced postpartum depression with Chuck, but it wasn’t really a joke. I look back at what I experienced after Leta’s birth, and the disorienting confusion of not knowing what the hell I was doing was exactly like what I experienced with a puppy. The following song is one I played over and over again in October of 2004 after I came through my PPD.

Interpol – “Not Even Jail” 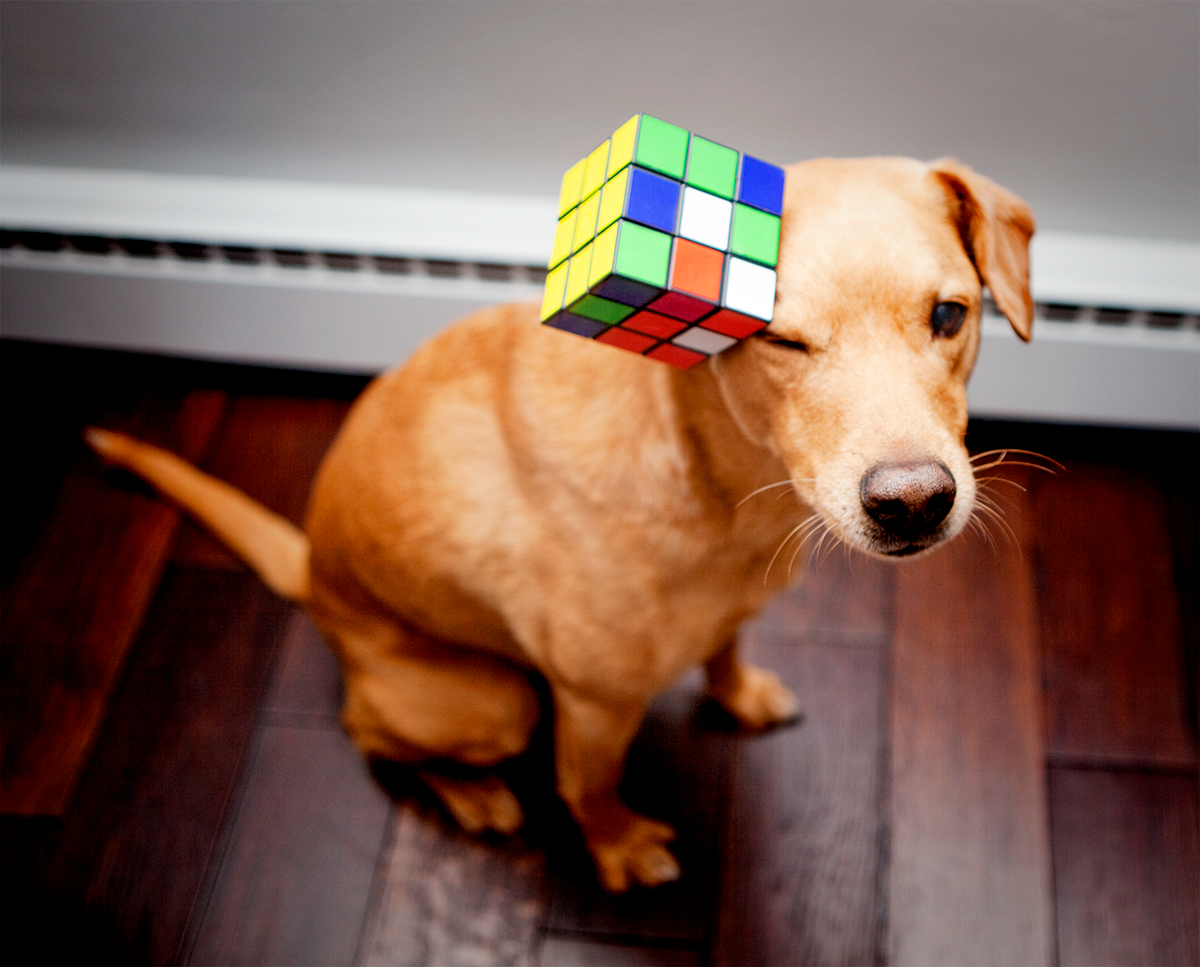 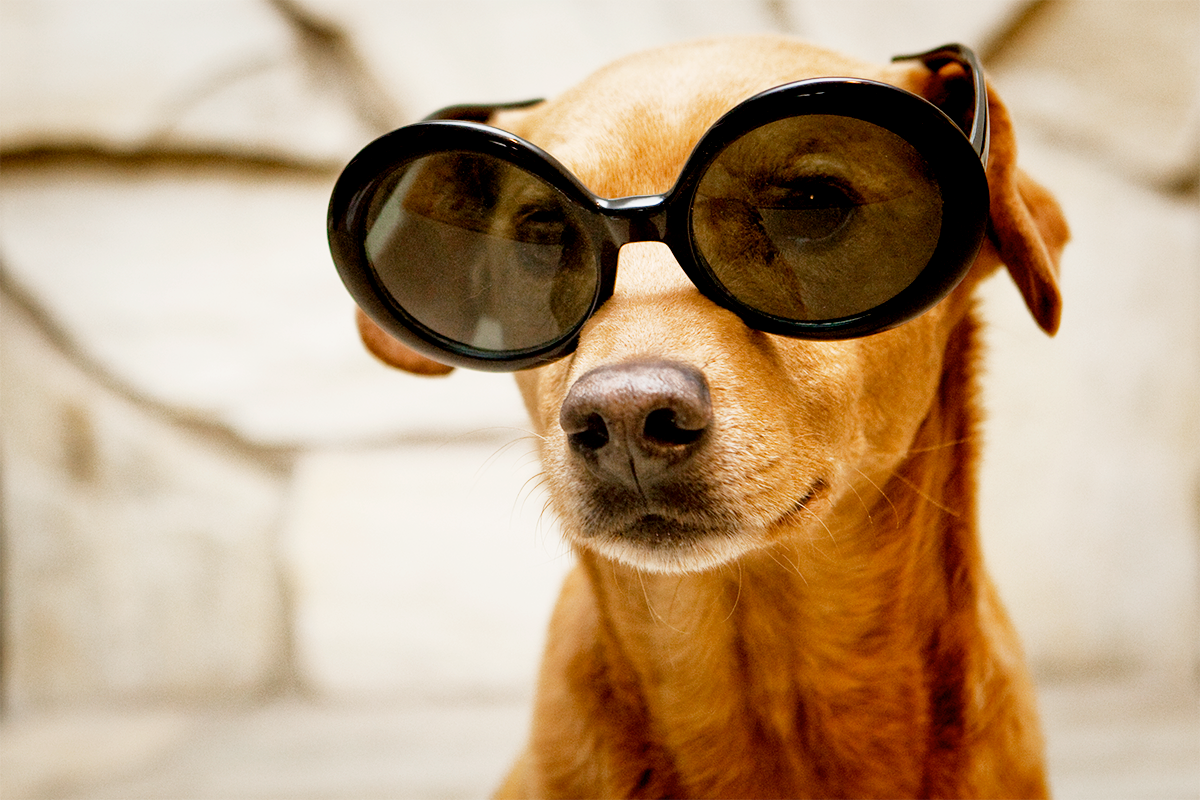 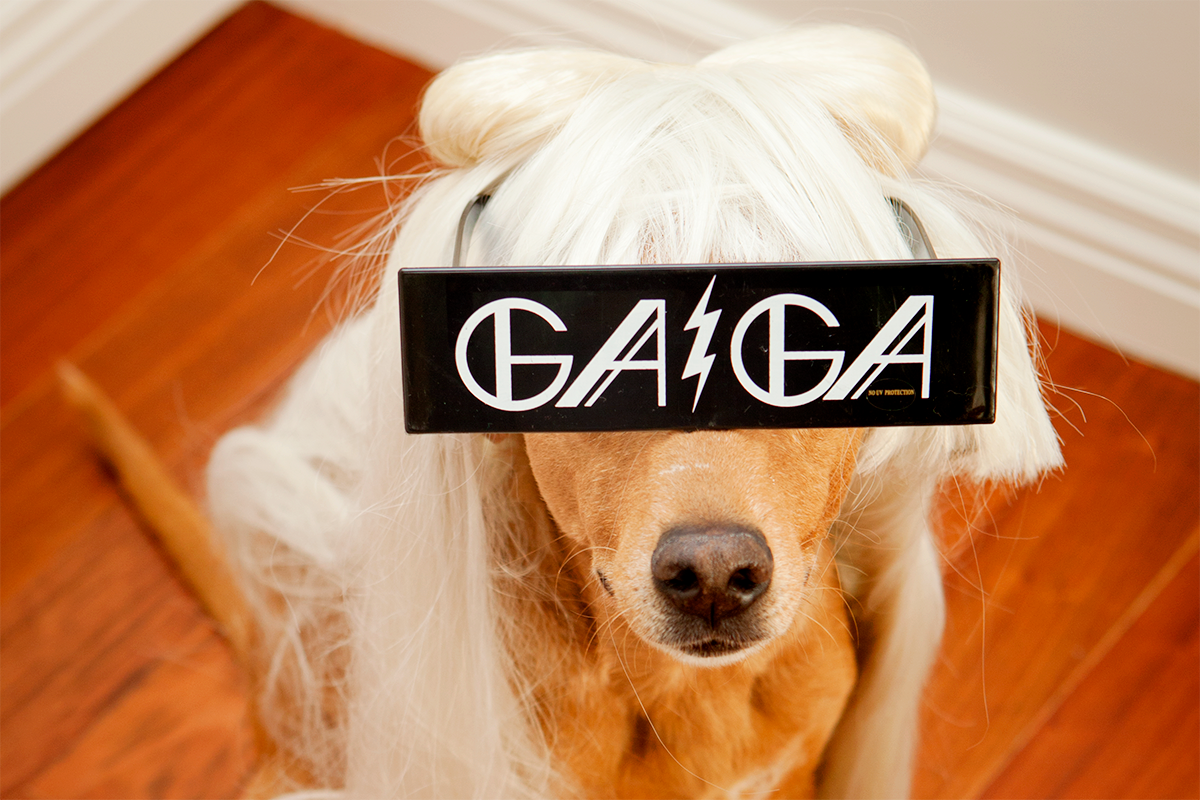 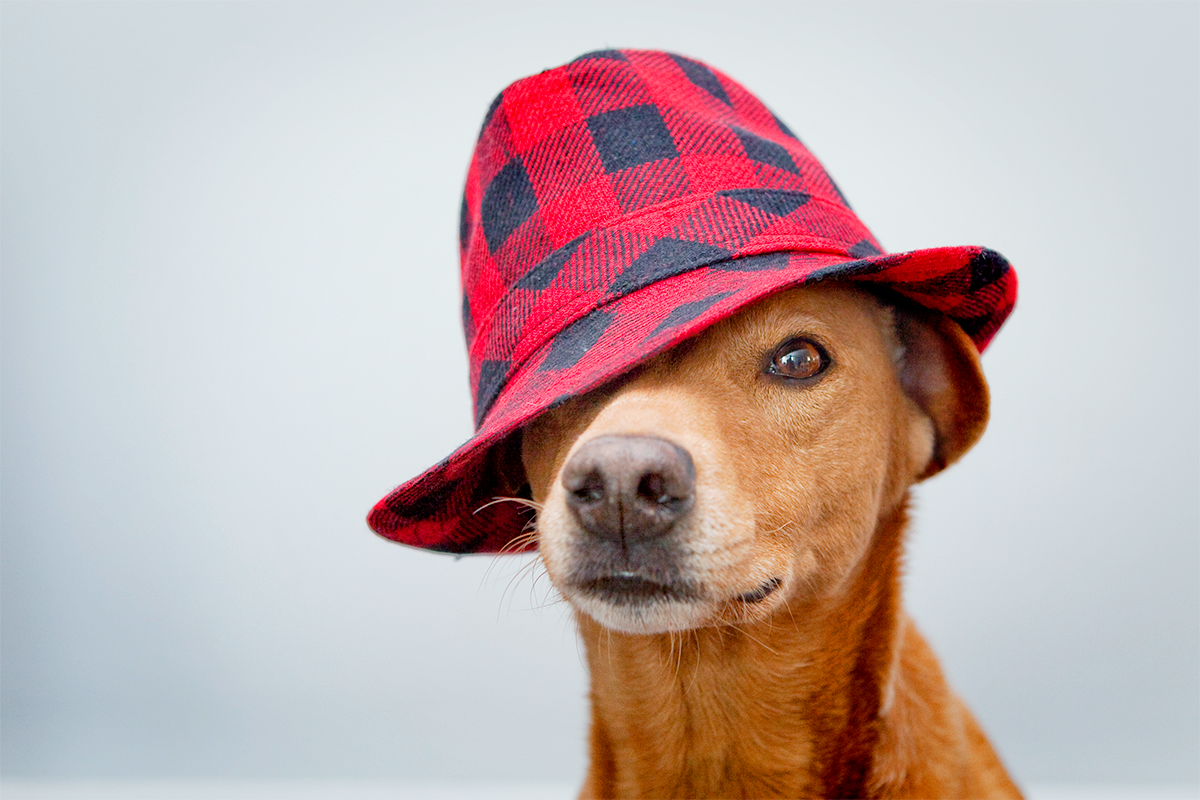 This season I am reminded of him more than usual because I have become more intimate with mortality in the last year than any other year of my life. I was alone when Chuck died, and I wouldn’t say that I was purposefully avoiding the grief of his passing by the amount of traveling I did in the months after. But I can see now that work was my coping mechanism. I didn’t have anyone there with me to help me walk though the pain.

These recent encounters with mortality have me thinking about music that I listened to in high school at the beginning of fall, and the next two songs were introduced to me by one of my best friends at church named Ben Crunk. I haven’t been able to find Ben in recent years, and there was a rumor going around a few years ago that he had gone missing.

I was with Ben when I heard Nirvana for the first time, and I remember what I was wearing and the room I was standing in when I heard the first few guitar chords of “Smells Like Teen Spirit.” It was the most unexpected moment of my life up to that point that I can only summarize by what went through my head:

“What is this. What is happening to me. What is this going to do to the rest of my life.”

All periods and no question marks. It was unlike anything I had ever heard before, and whatever trajectory my life had been on did its own running backflip. Without warning.

Dave Grohl was the drummer for Nirvana, and he is a bit of a Phil Collins-type artist in that he shifted from being a drummer in one band to being the frontman in another. I saw Foo Fighters live in 2000 at Universal Amphitheatre and did not anticipate anything that happened during those three hours. He had energy to spare, and during the last two songs he jumped behind the drum kit while still banging out the lyrics. The audience was left stunned to almost silence. 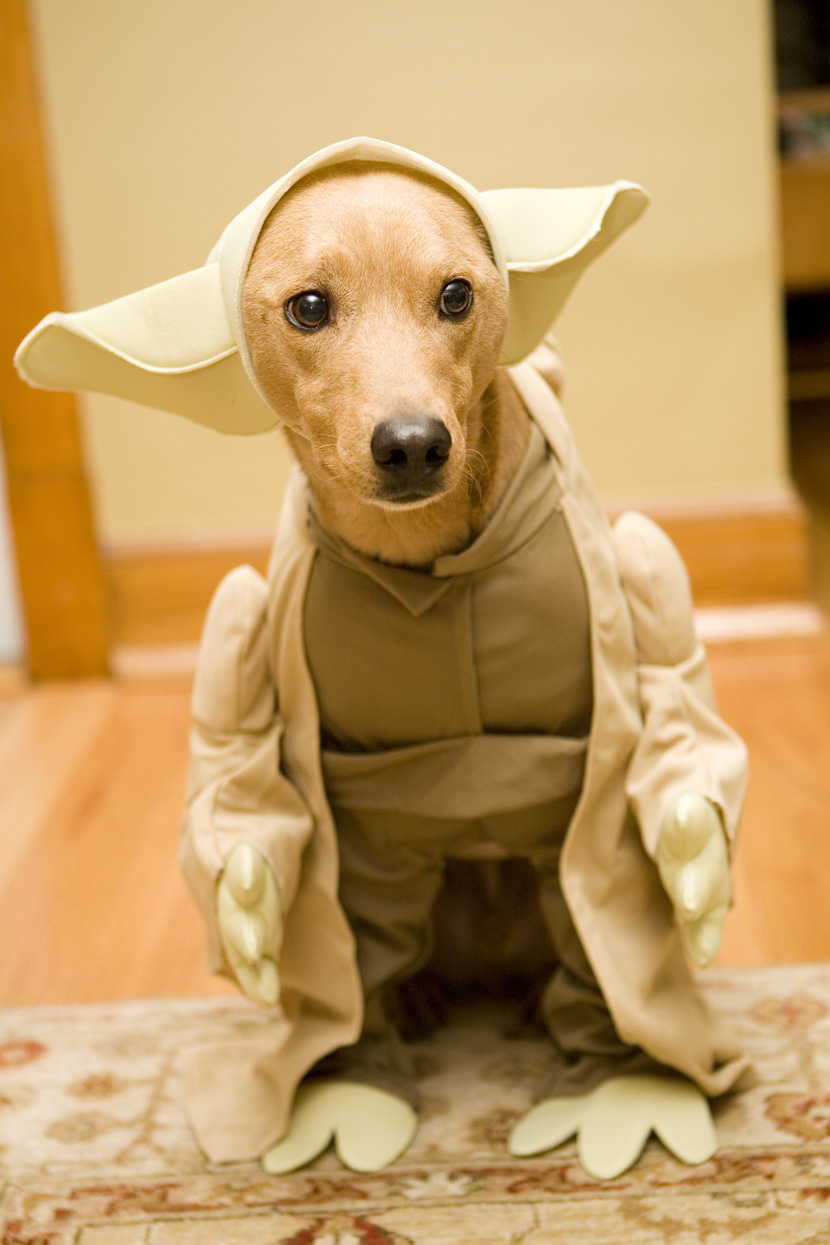 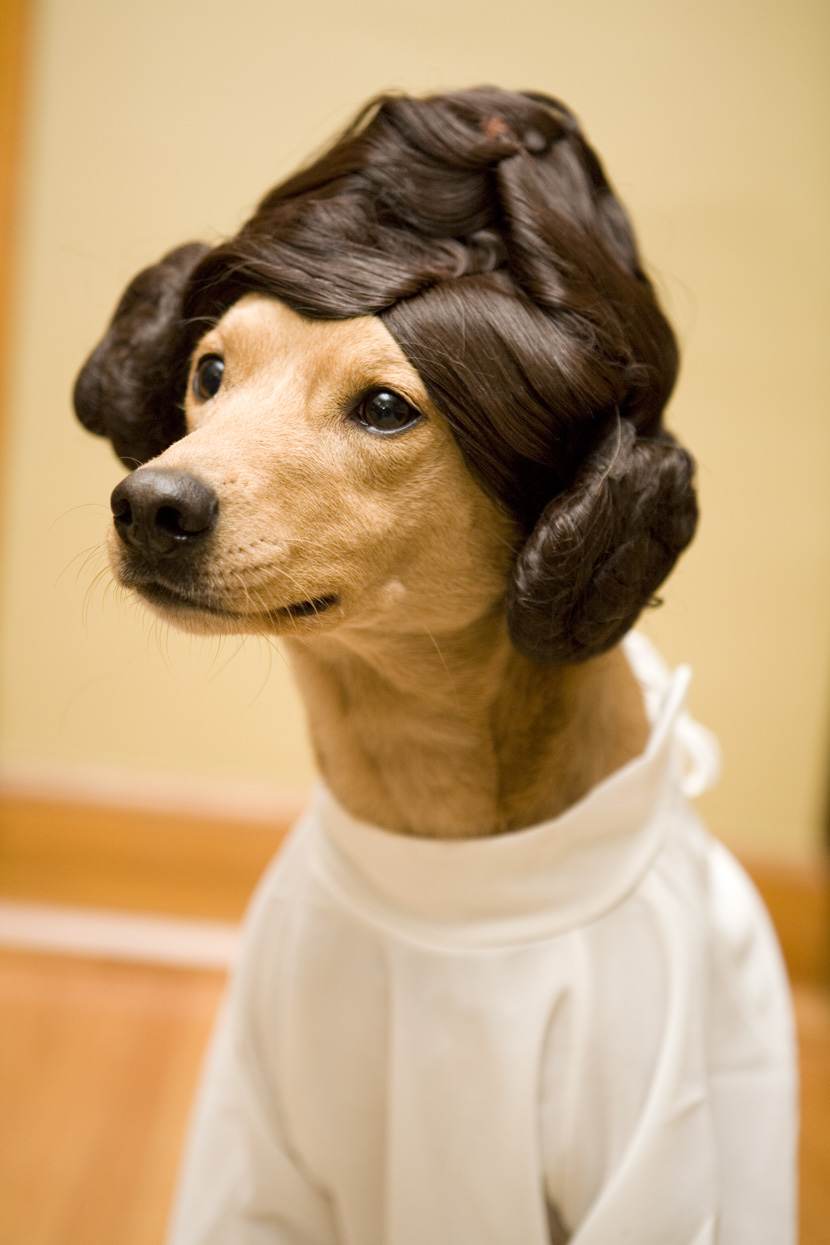 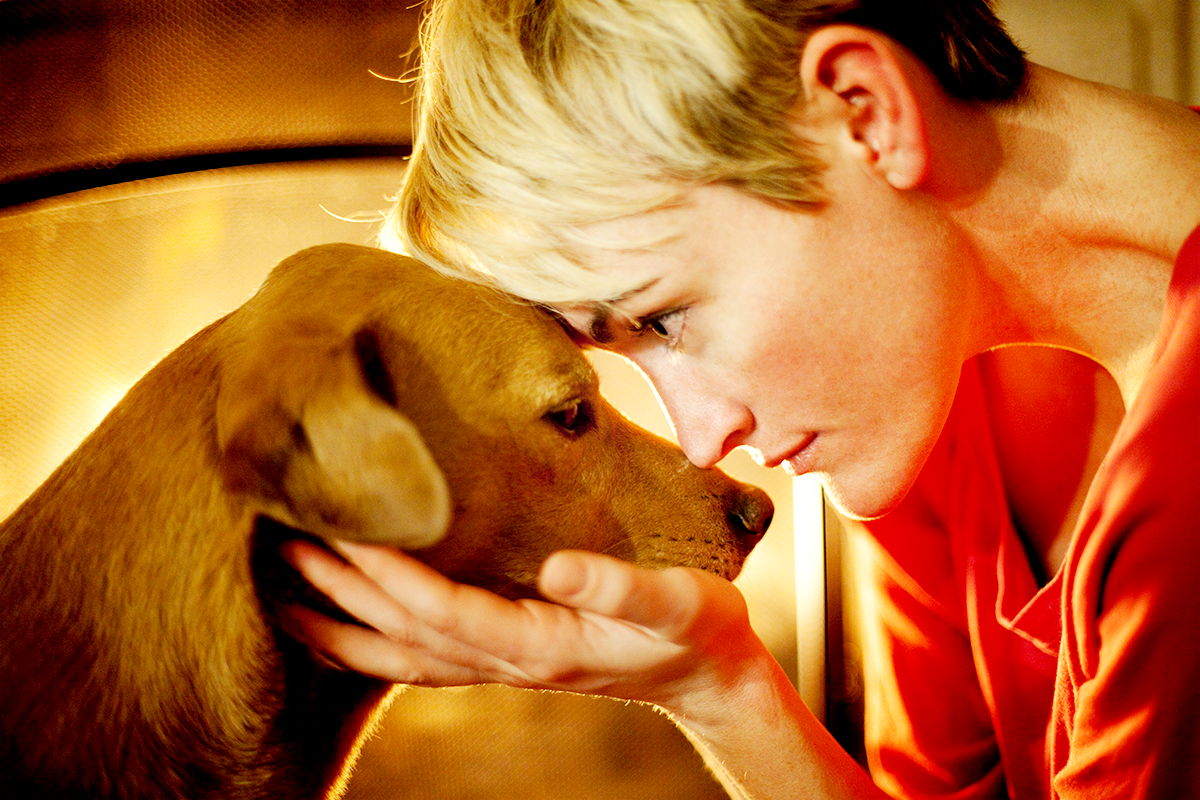 I am currently reading Grohl’s book The Storyteller: Tales of Life and Music and had no idea that he was a self-taught drummer. The book is fraught with stories about his life as an awkward teenager and as a parent to three daughters, each of whom seems to exhibit some of his musical tendencies. His oldest daughter Violet can play every instrument and started her own band in her early teens.

Ben introduced me to this song as well, and to this day it remains one of my favorite Foo Fighters’ songs.