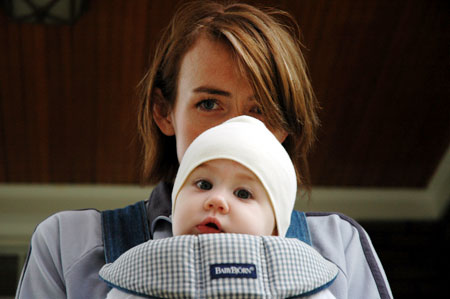 Last week someone in the comments on a photo said that they checked their watch, and what do you know, it’s October: time for Heather to change her hair. Indeed, it is once again that time of year, a time when I can’t stand what is on top of my head and will go to drastic measures to curb my boredom.

The history of this hair celebration dates back to October 1999 when I cut off all of my hair as a violent reaction to the shaggy mane I had had my entire life. It was a pre-mid-life crisis, and I was living in Los Angeles and had lived a life of moderation and holiness in all things up until that point. I needed a change in my appearance to reflect the changes going on in my personal life, changes that could only be represented by going from long to short in one swoop. So I cut off all my hair, dyed it blonde and started having pre-marital sex with reckless abandon. That was also when I discovered tequila and drunken Instant Messaging. I CANNOT BELIEVE I AM STILL ALIVE.

The tradition continued in October 2002 with the haircut and dye job that will go down in history as The Disaster Otherwise Known as Septic Tank Poopy Red. (documented here and here) I was unemployed and bored and had easy access to a grocery store. BAD COMBINATION. Jon dyed my hair and the results were heinous and nuclear in nature. I saved up some of my unemployment checks and had my regular stylist fix the abomination a few weeks later, but the scars from the disaster are still embedded in my soul. It will be the horror story I will tell Leta on Halloween EVERY YEAR, the cautionary tale she can share with her girlfriends for years to come: MY MOM STUCK HER HEAD IN A COMMODE.

Last year following a small bout of depression I did it again, cut off all the hair that I had been diligently growing out for a year. (documented here) I was probably a little freaked out about having a baby, too, and the best thing to do when you’re freaked out is TO TAKE SCISSORS TO YOUR HAIR. There is something liberating about making a mark on your body that can’t be CTRL-Z’ed. I’m too much of a pussy to get a tattoo, so I take it out on my hair. Last year I stayed safe with blonde and went with a familiar short hairdo. I was going to have FAWNZELLE’S MOM cut into the back of my head, but I was going to be a mom and I needed to show some sign of restraint. (That’s the old Mormon in me coming out. GET BACK IN.)

This year I wanted to do something different, but I also wanted to keep it simple since I have that shrieking baby to attend to. I thought about cutting it all off again, but then I remembered that while short hair is seemingly low maintenance, I had to wash it every day because I would wake up in the morning and one side of my head would be saluting its superior officer while the other side was at ease. I’m lucky now if I can wash my hair three times a week, so I didn’t want to have a cut that made me look like I had permanent bed head, which in reality I do but YOU JUST CAN’T TELL! SNEAKY!

Since we have more money now than we did a couple years ago I decided to have my hair professionally colored, something I would highly recommend to anyone who is unemployed and bored and even toying with the thought that they want to play with that dye that you can buy at the grocery store. FOR THE LOVE OF GOD, DON’T DO IT. And the result is pleasantly less septic tank and poopy red in nature, although it is still a little redder than I would have liked, but I really don’t care because my baby is really cute and during the day I am much more worried about whether or not she has the remote shoved down her throat than I am about the color of my hair. And that was me just admitting that my priorities have changed. GAG. Someone please punch me in the face.