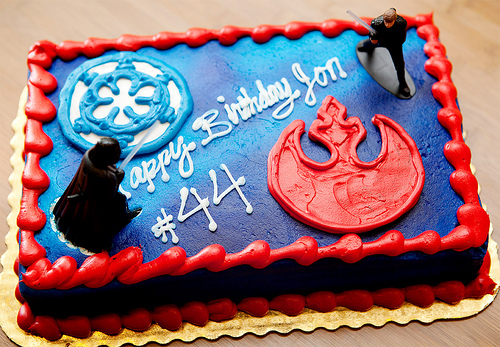 In an attempt to shed the forty pounds I gained during my pregnancy with Marlo I’ve gone back to eating that one boring diet where you eat healthy green things and avoid all those processed white things, so this means I haven’t had a Hostess Donette in almost seven weeks. The strength! The willpower! The inconsolable crying into my leafy green salad!

The first twenty-five came off pretty fast, what with the almost eight-pound baby, the placenta, and the gallons of water I’d retained in my face. It’s those pesky last fifteen that are going to give me all sorts of problems, and I think I’d be fine with this extra weight except for the part that none of my clothes fit. And so I’m still wearing my maternity pants and shirts, and I swear to God, the first stranger to ask me when my baby is due is not going to live to tell the story about how some crazy Southern woman in Humpty Dumpty pants jumped into her car and ran them over.

SO BE WARNED, CURIOUS STRANGER.

Anyway, last Friday night we realized that we’d run out of healthy green things and anything containing lean protein, and after scrounging around our bare pantry we settled on a dinner of black beans and cheese. Meaning, for the first time in, I don’t know, EVER, we didn’t have to make a separate meal for Leta.

Do I even need to mention here that she has eaten black beans and cheese for the last, oh, seven hundred meals? The doctor says it’s fine because, hey! She’s still alive!

Any breastfeeding mother knows exactly where this is going. Because, oh my god, was that one of the dumbest mistakes I have ever made as a mother. And that night Marlo had one hell of a time processing all that fiber or whatever it is about beans that gives you gas. It was one of the most sleepless nights we’ve had since her birth, full of toots and poots and all the moaning that goes with trying to push it out. I mean, she’s a loud baby anyway. Throw in that amount of farting and it sounded like a trombone being raped repeatedly by a tuba.

So we don’t sleep at all, and Leta comes traipsing in at RIDICULOUS O’CLOCK, and to keep her occupied Jon fumbles around for the remote and somehow manages to turn on the television, I don’t know how he summoned the strength to manage it, I am still in awe. That feat ranks right up there with figuring out how to assemble Ikea furniture.

Thankfully the TV is already tuned to one of the kid channels, Sprout or Nick Jr. or Noggin, what are known collectively in our house as The Babysitter, and some whacked out show called “Oswald” is on about this blue Octopus and his pet dachshund, and it happens to be one of those episodes where everything goes wrong. Do I have to point out again how I cannot abide shows like this? My Dad and I, we have this thing about movies and shows where the main character just keeps getting beat up by life (for instance, every movie Ben Stiller has ever made), and I just can’t handle it, I start to squirm and suddenly I’ve pulled out every hair on my head. And thanks to some stupid blue Octopus I’m now bald. MAYBE THAT’S WHAT HAPPENED TO BRITNEY.

So I guess the plumbing in Oswald’s kitchen sink is broken, so broken in fact that it floods his house and then goes on to flood THE ENTIRE TOWN, I’D HATE TO SEE THE BILL FOR THAT ONE. And Jon and I are lying there half asleep, the baby between us shooting sparks out of her ass, and we both somehow notice that Oswald is floating on his couch through the town so that he doesn’t drown. That’s when Jon hazily lifts up his head and goes, “YOU’RE A FUCKING OCTOPUS! WHY AREN’T YOU SWIMMING?!”

And that was how we started Jon’s 44th birthday.