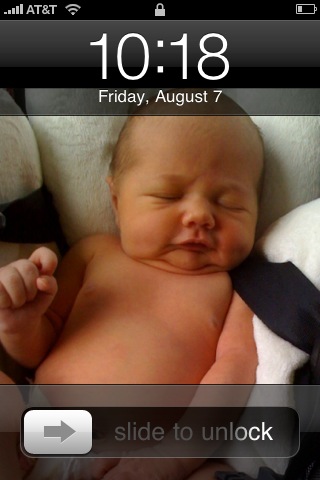 So. Breastfeeding. You know what? I think I’m going to begin every post just like that from now on:

Just the “So” part, not the breastfeeding part, although I’m open to doing just that if that’s what you prefer. But something tells me you might be a little bit done with all the female talk, you know, considering that the word VAGINA currently appears on my homepage seven times, oops, now eight, EIGHT TIMES. And I really hate to admit this, but when my dad calls to tell me that he likes the pictures on my website, never the words involved, I know that he has had to get up from his computer after having read what is written here and physically shudder to try and get the gross off. And the image of that is so motivating!

Turns out that breastfeeding is much easier the second time around. And that’s really all I have to say about it, I’m not going to get all graphic about it, just that I’m really enjoying it. Except, there is one kind of annoying aspect about it, the fact that my milk comes in at really random times, just all of a sudden I’m standing there in the kitchen talking to Jon about the schedule of our day and BOOM, both boobs turn on and suddenly I’ve got two giant, round stains on my shirt. And he’s all, you know, that would be so sexy if it didn’t remind me of a cow.

It always comes in when I hear a crying baby, of course, and one night last week everything sort of fell into place where I could put Leta to bed. Most nights her bedtime coincides with one of Marlo’s meals, and Jon is left to handle Leta’s bedtime routine. So I’m all excited because she’s going to read me a book about a dragon! A DRAGON, Y’ALL. And there’s not even a mention of a princess anywhere in it! I was like, who are you and what have you done with my daughter?! Also, you might want to tell whoever took her that she’s a picky eater and don’t even THINK about letting her chicken nugget touch her French fry or that’ll be the worst hour of your life.

So I wrangle Leta into the bathroom to brush her hair and teeth when all of a sudden I hear a crying baby and HELLO GUSHING BREASTS. And it can’t be Marlo because she’s asleep, but I run to our bedroom anyway to see what’s going on and Jon’s sitting there on the bed going, what? What’s wrong? And I’m all DID YOU NOT JUST HEAR THAT? And he’s all, oh you mean the half cylon, half human baby that’s crying on this awesome episode of “Battlestar Galactica”? Dude, you’re not even gonna believe this but turns out STARBUCK IS A CYLON, DUUUUUDE! And I have a hard time not yanking off my wet shirt and throwing it at his head.

And then the other day I got to go do my favorite thing ever: ride in the car all by myself. I know, I know, SOMEONE STOP ME, but there’s something about the first six months of a baby’s life when you’re sort of physically stuck to them for, oh, twenty-four hours a day, and the freedom of being by myself in the car, of rolling down the windows, pulling back the sunroof and blasting Beyoncé so loud that the concrete in the driveway starts to crack, IT’S JUST SO THRILLING. And the rush is so strong that I want to call everyone I know and go, do you know what I get to do? DO YOU?! I GET TO GO TO THE GROCERY STORE! GO AHEAD. ENVY ME.

So I get there, and I’m walking through the aisles, except it’s not so much of a walk as it is a very fancy dance BECAUSE I AM BY MYSELF, and I’m tossing the orange juice into the cart, grabbing the SpongeBob-themed fruit snacks, and feeling like I might just grow wings and fly through the air. And then I think I might be forgetting something, do we need apples? Maybe some peanut butter? I can’t remember, so I pull out my phone to text Jon to ask him, and guys. I wish I could tell you that this story has a happy ending, but sadly, that is an impossibility. Because you want to know what happened? I mean, I’m shaking my head right now as I write this because I should have known better. Because this is what my phone looks like when I turn it on: Fortunately for all the patrons browsing the produce section I had remembered to insert absorbent breast pads in my bra, because I could have spray painted the walls a slightly yellowish shade of white with the fire hose of liquid that dropped into my boobs so forcibly that I almost fell face-first on the floor.