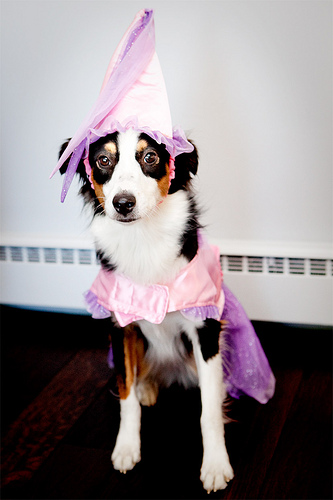 Every morning at about 9AM Chuck wanders upstairs having spent his morning doing WHO KNOWS WHAT in the dark corner of our bedroom. Something to do with candles and a tattered copy of Twilight probably, but he instinctively knows that it’s precisely that time of the day that I like to take pictures. And maybe he’s going to be in one of them. Hopefully today I will be in a forgiving mood and snap a shot of him lounging on the couch, doesn’t matter, he gets a treat anyway if he balances that cage of live lobsters between his ears.

Which begs the question: why have I not tried that one yet? Anyone have access to some lobsters? Preferably some persnickety ones with anger management issues.

He knows it’s time to work, always has, and if I don’t make him pose for a picture he becomes listless, begins to stare nervously at walls and inevitably will stand next to one of us awkwardly like he’s about to fall over. Even Leta notices this behavior, and last night when Jon and I got back from a quick business trip and she asked where the dogs were, her response to the fact that they were at a kennel was, “Can they please stay there?”

“You don’t want the dogs to come home?” I asked.

“I don’t!” she yelled. And when I asked her why she explained, “Because Coco is crazy, and Chuck creeps me out!”

I know! THAT’S WHAT GOTHS DO.

We recently started a chart where Leta can earn rewards if she gets herself dressed in the morning, goes to bed without a fight, and tries new things. That last part is pretty open, and she’s earned points for trying new food, wearing a a pair of pants that had a displeasing texture (one that caused her head to fall off), and a few days ago we got her to touch Chuck. VOLUNTARILY. She was reluctant at first, but that reward chart just loomed in her brain, and out went her hand, two of her fingers hovering over Chuck’s back. And then she did it, she dropped her arm and for several hundredths of a second her skin touched Chuck’s fur, and the resulting shiver that went down her spine shook the bed wildly causing Jon to wince as his vasectomy had yet to heal.

Last week when it was time to get dressed up for Halloween, Chuck was ready to work, ready for the challenge, although there wasn’t much of one to conquer. This year his costume involved nothing humiliating (relatively speaking) nor did it require him to pose in possibly illegal positions. Our goal this year was to help bridge the wide divide between the dogs and our wonderfully peculiar oldest child. Leta, the dogs can play castle, too! Just to give you an idea of what we were working with, here’s Katey in Chuck’s full costume: