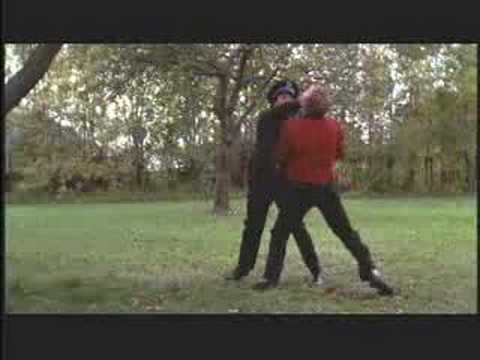 Yesterday morning I woke up with a cold, one that hopped out of my chest, landed in Marlo’s and woke her up at 4AM this morning in a state that I can only describe as half-screaming, half-coughing, topped with a delicious icing of irrational outbursts. She was a raging fire we could not put out, and every attempt to comfort her caused the muscles in her neck to turn her head in circles. I will admit, about an hour into the flames I thought we could sell her to the traveling circus and she could set up a stall next to the lady whose lower body just happens to be a serpent. She would DAZZLE.

And so all of a sudden our very mild-mannered, smiley baby has become a vicious, object-grabbing bear who every three or four minutes will explode with anger or frustration. We feel like we’re living with Bobcat Goldthwait:

I can’t believe I’m about to write this because all it will do is invite the Universe to sit down and take a huge crap on the already fragile state of things in this house, but I will take a sick Marlo over a sick Jon or Leta ANY DAY. And I mean that lovingly, in the sense that Bobcat Goldthwait is rather charming and funny and entertaining, in his own maniacal way, and well. How do I put this… when Jon and Leta get sick, it’s like saving up your allowance for two years so that you can go to Disney World, only to make the trip and find out the whole park has been replaced with a dentist’s office.

All of that to say, we’re holding it together over here! Minus the chest cold and broken tailbone and infant sideshow. So together, in fact, that when Leta looked up at me this morning from the middle of her room in the frantic moments before school, the floor littered with every toy imaginable, and I told her that “there is nothing to play with” was the stupidest thing I had ever heard, she bit her lower lip, rolled her eyes and said, “FINE. I will figure something out, THEN.”

OMG, you guys. She’s starting to talk like I write.