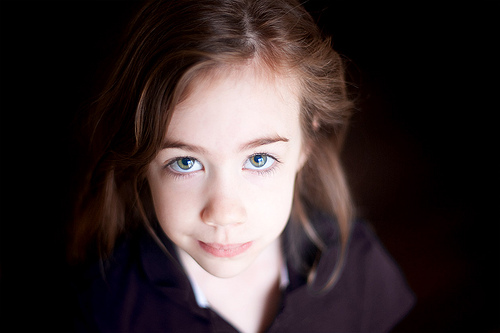 I’ve recently made friends with a lovely woman up the street who kindly took pity on me when she noticed that I spend my entire day with my husband. Not that Jon is difficult to live or work with. He is my soul mate and best friend. But, come on. Space in a marriage is vital to its long term survival. Almost as vital as sex. I said ALMOST. Nothing is more important than sex. Except maybe Radiohead.

Her name is Kate, and she has a gorgeous sixteen-month-old son. She’s been inviting me to play dates with her friends who have similarly-aged children, and if Marlo’s awake I’ll bring her with me. If she’s not, I’ll go anyway to sip some wine. Oh wait, did I just admit that we drink during play dates?! At least I didn’t mention the hookers! Close call!

Earlier this week they were meeting at a local park, and since they were holding the play date at the time we normally pick up Leta from school I decided to bring her instead of Marlo. It’d be some quality time between the two of us, and when I mentioned it to her before school it was like handing a habitual gambler your American Express Card.

A PARK? AFTER SCHOOL? WHERE SHE COULD PLAY?!!! I’m not gonna lie. Utah winters are good for at least one thing: giving me ample opportunity to play superhero.

I didn’t grow up in a climate where it snows this much, but I can imagine that hearing someone say, “Not until the snow melts,” every day for seven months could make you want to register for a gun.

I didn’t know if there were going to be any other kids her age at the park, but I assumed that since she’s so careful and sweet with Marlo that if pressed she’d be the same way with the younger kids. And you guys! I assumed right! THAT DOESN’T EVER HAPPEN. Hurry, Jon! While I’m on a winning streak head toward the kitchen! And then in ten minutes the dishwasher will be unloaded!

In fact, I was blown away by my kid, and it was one of those very rare moments when you take a look at yourself as a parent and can see the evidence that you’re performing this task successfully. Most of the time you just hope that you’re handling everything in a way that doesn’t produce an eventual sociopath, and you don’t ever get to see that, oh. You mean throwing that glass of water in his face when he was three caused him to stalk people when he was 30? OOPS!

She was so gentle and soft with those kids, and when we sent her running after Kate’s son who was headed toward the street she gleefully took up the challenge. She shared their soccer balls, showed them how to take turns, and always handed it back to them if one started to feel cheated. And the entire time she smiled and laughed effortlessly. I wanted to call Jon right then and go, the Internet is wrong about us! WE’RE DOING IT RIGHT! WE’RE DOING IT RIGHT!