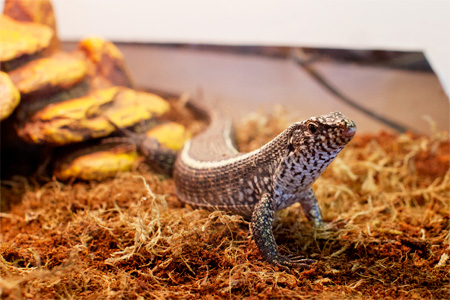 Thursday afternoon when I picked Leta up from school she came running out of the building with a little more lilt than usual. She was bounding, swinging her arms, and her smile rivaled the perfect curve of a circle. She jumped up into my arms without warning almost sending me to the ground, and I suddenly thought, wow. That was a perfect reenactment of a Mormon discovering coffee.

“Mom!” she shouted after we hugged. “I want a turtle!”

“You want a turtle,” I said matter of factly, my brain hanging on the irony that she was showing such enthusiasm for the world’s most boring creature. Is that mean? Did I offend the turtle people? COME ON. There’s that whole story about the turtle “racing” the hare, barely crawling it’s way to the finish line, and every time I hear it I’m like, good god, could someone please give that thing a Red Bull.

I got a little carried away by her enthusiasm, I’ll admit, and I ended up telling her that we could go look at turtles over the weekend. Mind you, I know nothing about them, only that I’ve heard about a species who live on the Galapagos Islands and live to be over a hundred years old. Can you imagine how boring it must be to walk around that slowly for over a hundred years? They probably hang out in bars and wallow in jealousy over their friends who were lucky, the ones who caught a disease and died in their sixties.

I did a tiny bit of research before we set out to the pet store on Saturday, meaning I asked Tyrant if he knew anything about turtles. I could have googled “pet turtle” but, you know, I’m not really into believing everything I read on the Internet these days.

“Oh, yuck,” he said. “Those things start to stink, and they live forever. Way too much work. Let’s just get chickens.”

Right. Because the smell of a chicken coop has been known to make men swoon.

Leta and I drove out to a specialty shop on Saturday afternoon where we could look at lizards and snakes and have some one-on-one cuddle time with actual turtles.

An employee walked us back to a room where we got to observe two small Russian tortoises, and he explained in detail their everyday upkeep. We’d have to feed him fruits and vegetables, frequently change out his water because he’d likely use it as a potty, and then we’d have to pick out his poop from the shavings at the bottom of the glass aquarium. OH! And he’ll probably live to be anywhere from 20-25 years old.

Leta didn’t hear a word of this, she was too transfixed by the mechanical movements of the tortoises as they climbed up and over each other.

The employee sensed my skepticism and excused himself so that we could discuss this long-term commitment to another creature’s feces by ourselves.

“POOP, LETA. You have to pick up its poop with your hands.”

She frowned. “But I really want a turtle, Mom.”

I suddenly had an idea. “Let’s hold it for a second and see how friendly he is.” As I scooped one out of the wood shavings Leta took a giant step backward. “Here,” I said. “Hold out your hands.”

“No, that’s okay,” she said, her voice shaking.

She stepped forward, closed her eyes as she cupped her hands, and the moment I set the tortoise into her palms she shrieked and dropped it right back in the aquarium. It landed with a thud, but thankfully it got right back up and crawled to a corner. And that was when I started to get attached DAMMIT. My heart belonged to that tortoise. Its itty bitty head. Those tiny arms and legs wiggling around like a baby. That wittle mouth eating the wittle carrots!

“That totally creeped me out, Mom. I don’t want a turtle.”

I could tell she was devastated, so I set my hand on her head and said, “How about we go look at some fish?”

She has to take care of him, but I’ve agreed to help her clean out his bowl the first few times until she gets the hang of it. On the drive home I asked her if she had any names in mind, and she shook her head several times. She was much more worried that I was going to hit a bump in the road and he’d go flying through the car, pop out of the container and suffocate to death. Oh, hello daughter of Heather B. Armstrong! My, don’t you resemble your mother!

Last night she still couldn’t think of a name, so I asked her if I could ask you guys for suggestions. She thought that was a great idea, but she wants everyone to know that she will NOT refer to her fish as Fishy. You know how Marlo refers to all her stuffed animals as Puppy? Yeah, she is SO not a two-year-old, and that is just the dumbest thing ever. The sound of her eye roll made the water in the bowl vibrate.

So, you guys know any good fish names?