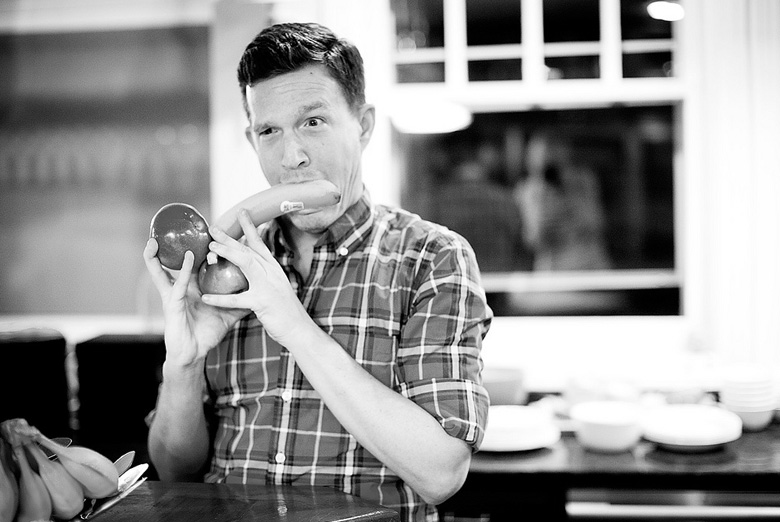 I’m not going to lie, I’ve had better holidays. This Christmas pretty much sucked in four hundred different ways, but the girls had fun and that’s all that matters. Yes, there are broken bones and sprained muscles, but we’re all alive, no one is going to bed hungry, and the world didn’t end. Right this second and this second alone I am the valedictorian of looking on the bright side. Watch: Chuck puked about an hour ago, but he did it on the hardwood floor and not on the rug. Blessings!

I am so ready for this year to be over. Christmas for me will be waking up on Tuesday morning and realizing it is no longer 2012. It will be gone forever and I will not miss it. Have I learned from it? Yes, but this is a teacher who will not be getting a Starbucks gift card when I say goodbye.

I’m not making any grand resolutions for the new year, but I am hoping for just three simple things: a little less crying, a little more sleep, and smiles that last for hours. I’m going to try to make that happen.

Here are some of my favorite posts from the last year and the annual year in photos (you’re going to want to watch it all the way to the end). Looking over everything, I think I need to add one more thing to hope for next year: less encounters with wildlife.

Thank you for sticking around. See you in Twenty Thirteen.

Newsletter: Month Ninety-Six
“There is no more struggle. And Leta, struggle used to be at the core of your dynamic with everything in your world. You loved to struggle. You were Rocky and struggle was your Adrian.”

CB radio
“A tired toddler is a nuclear bomb. You could offer the wrong thing for dinner and next thing you know there’s a hole in the earth where the western hemisphere used to be.”

Eleven years
“Remember when you could drop someone off at the airport and walk them to their gate? Or meet them eagerly as they walked off of the plane? So does my website.”

The topic that keeps on giving
“A maniacal alien did not crash through her roof in the middle of the night, kidnap her, transport to her some bright operating room on a spaceship and yank out her loose tooth with the claw of the abominable snowman. Although how cool would it be to go to second grade and be all, guys, you’re never going to believe what happened.”

I’m writing this inside a confessional
“‘Hey, guys! Listen. I know you’re currently on a dangerous, high-speed chase with a drunk driver, but I’ve got a fucking bird staring the shit out of my front door.””

That old familiar topic
“The Universe was about to use me and that diaper to make someone reconsider their skepticism of karma.”

Why should rogues have all the fun?
“WTF? Seriously? Like, his own vampire? He’s all, yeah, I’m the leader of the free world and shit, but check out my free vampire! Blackout curtains on all the windows in the White House, y’all!”

Slow and steady
“Can you imagine how boring it must be to walk around that slowly for over a hundred years? They probably hang out in bars and wallow in jealousy over their friends who were lucky, the ones who caught a disease and died in their sixties.”

To the rescue, my friend
“A snake, you guys! It’s, like, raining fucking panties!”

The dreaded year
“Three-years-olds. They are awful, horrible people. I didn’t say they were the WORST people but only because I’m sure there are murderers out there who listen to Nickelback.”

“I also despise whistlers”
“I’m as liberal as you can get when it comes to gun rights, but if someone is going to menace my child with whistling I don’t see anything wrong with owning a machete.”

Danger ahead
“In fact, Chuck stood up on his hind legs, turned around to everyone watching and said, ‘You idiots do realize that a poisonous snake is sitting right there?'”

Newsletter: Marlo turns three
“She wants her toys in their bag tucked into the corner of the closet. You want them dunked in your bowl of chili, thrown into the air and then set on fire with a can of hairspray and a cigarette lighter that you stole from 7-11.”

You peed! In a cup!
“You know the world is totally fucked when someone like me has a platform to write about enemas.”

She drew first blood
“Leave a kid in a completely empty room, arm them with nothing but the clothes on their body, and when you return that room will be covered in red paint and molasses.”

Up and over
“What? You can do 50 pull-ups at a time? Awesome. I just baked a pan of cookies. You can have all of them. Right after I poke you in the butt with the end of a broom.”

And it will become a national landmark
“Do you have any idea how badly I’d love to get the Avon World Sales Leader just a little tipsy and say, ‘Start with 1963. Go.'”

My ongoing struggle with wildlife
“I’d never make it as a pitcher in the major leagues, no, but if there were a sport for pissing off squirrels with carrots there would be a position on the team known as The Dooce.”

On the importance of doing research
“You think you’re going to show up and see a shit ton of salt without really giving that thought the thorough examination it needs: a shit ton of salt. Now, if it were the Bonneville Ketchup Flats? That’s a totally different party.”

After school special
“What to Expect The Seventh Year and Every Year Until They Graduate High School: A Shit Ton of Homework and Uncontrollable Sobbing.”

That time of the month when I strangle my dog
“I tell you what, if a presidential candidate threatened to take away my right to use tampons I’d drive to his house and tie a hundred thousand of them to the trees in his front yard. I totally would.”

I found a creationist science book
“Look at him. He totally wants to take a shit in the middle of my bed.”

Best sister ever
“I’d like to take all the credit for Leta’s generosity, but then I realize I’ve raised Marlo exactly the same way and that kid will eventually be arrested for felony arson.”

Grumpy baking happy fun times
“FLOUR. ALL PURPOSE BAKING FLOUR. LIKE THE KIND YOU FIND IN THE WILD.”