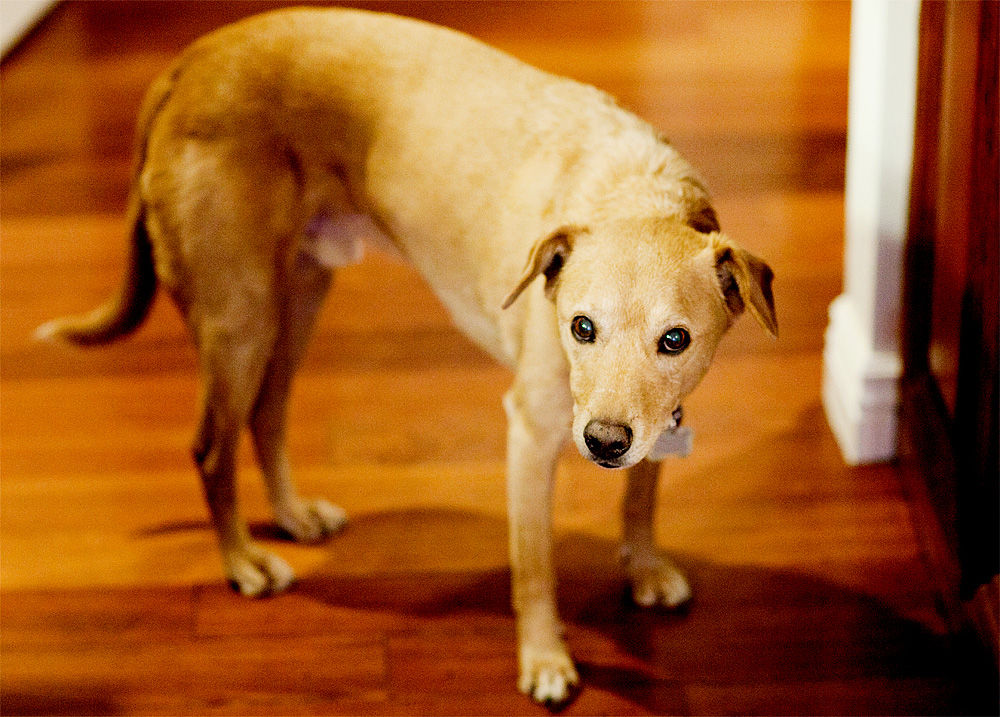 I’ve had house guests for the last seven days which must have caused Chuck’s neuroses to go into overdrive (also the reason I haven’t been around as much as normal). He scratched four holes in the duvet on my bed rendering into scraps, cut a gaping chunk out of the mattress, snooped into every bathroom and ate tissue out of the garbage cans, and climbed onto the countertop one night to get to a leftover puffed pastry. HE SCALED CABINETRY.

He knows he’s guilty. Look at him. Someone suggested taking him to the vet, and I’m like, sure. We’ll do that just to be safe. But then I’m going to take him to my psychiatrist and say, “You think I’M the crazy one? At least I’m not eating garbage. Yet.”