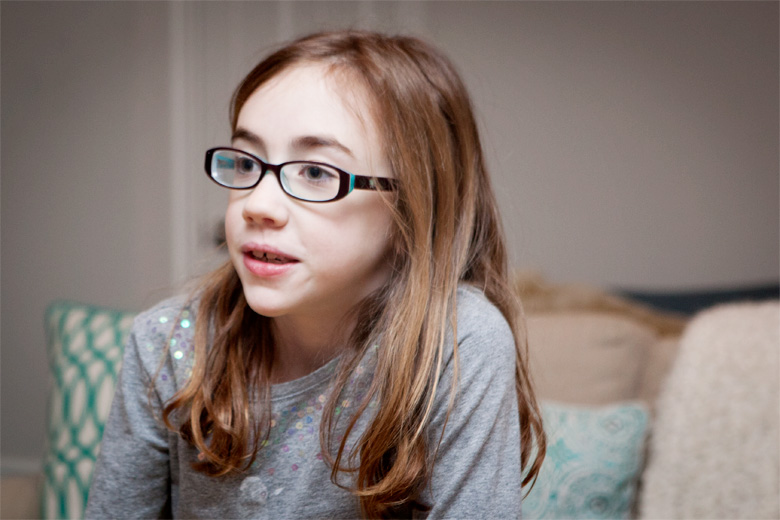 Monday afternoon Leta walked into my office carrying a piece of paper she had torn out of a notebook. That’s a pretty boring way to start a story. You didn’t come here for that. I should have said something like, “Leta walked into my office carrying the carcass of a bobcat she shot with a golden bow and arrow, a birthday gift she received from her godfather Peter Frampton.”

She obviously didn’t notice that I was very busy writing a mommyblog and had no time whatsoever to indulge her childhood pursuits. What? Does she just think this mommyblog writes itself? I’ve got news for her: IT DOESN’T. I have to pound away at the computer for minutes at a time. The nerve.

“Let me finish up this very important work,” I answered. I then turned back to my monitor and starred a tweet about a cat.

A half hour later after scrolling all the way to the bottom of Instagram where it won’t load more photos (Instagram, we need to have a talk. We all know that the photos don’t end there. You’re being a greedy shithead.), I came downstairs with an envelope and handed it to Leta.

Oh my god. Oh-em-jee. Who the hell writes letters anymore? Certainly not children who know how to turn on an iPad and swipe the screen until they find the Netflix app. Seriously. When my iPad crashes I hand it to her and say, “It’s doing that thing again!”

She had no idea how to write an address on a letter. I guess they aren’t teaching this at school anymore? Is learning how to write an email or a text a more important skill to possess? Is Victorian England rolling over in its grave right now? Is Jane Austen’s carcass totally throwing up?

I don’t know why it shocked me so much, but I started laughing at the vast expanse between my childhood and hers. She started to take it personally, so I immediately tried to articulate my surprise.

“No, Leta. I’m not laughing at you. I’m laughing at how much has changed. I should look up a photo of a mobile phone from the Nineties to show you how absurd it all is.”

“That thing is as big as his head,” she said.

“YES. It is! And would you look at that antenna? LOOK AT THAT ANTENNA. He’s going to poke somebody’s eye out with that thing.”

I showed her a few more examples, and then we sat at the kitchen table so that I could show her how to write an address on an envelope. You know, sometimes I go about my day with my kids and I get caught up in the minutia of getting everyone dressed and teeth brushed and shoes tied and homework completed, and it’s all just this giant blur of a routine that I have to maintain so that everyone is taken care of. And I’m like, yeah. This is parenthood. Okay.

But then suddenly I’m showing my nine-year-old how to send a handwritten letter to her friend: here’s where you write her street address, and underneath that you write the city and state she lives in. And then I’m explaining what a zip code is and telling her that I lived in 38134 for 18 years (go Bartlett Panthers!) and she’s astounded that I can still remember the exact number. For about two minutes she repeated our zip code over and over again so that she would remember it.

I let her put the stamp on the upper right side of the envelope and showed her how to seal it. Then we put on our snow boots and trekked through the three feet of accumulated snow surrounding the mailbox so that she could set the letter inside, the first stop on its way to its final destination. I showed her how to lift up the red flag on the side of the box so that the postal worker would know something was inside and thought about how awesome it would be if he opened it and a possum jumped out.

“I can’t wait for her to write me back!” Leta said as we headed inside. Watching her enthusiasm over this antiquated way of corresponding with other people, this total novelty, fulfilled me in such a way that I stopped for a second and thought, damn if this isn’t satisfying. I love this.

Mom, thank you for showing me how to write a check. I think I might know how you felt while you were doing it.