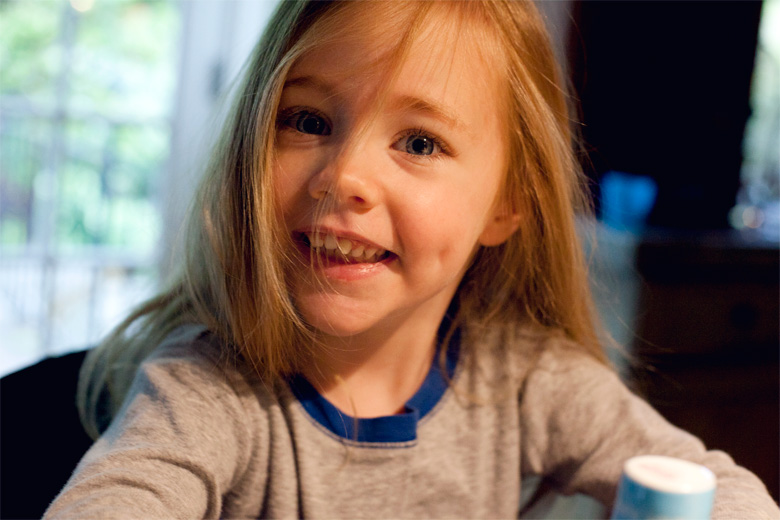 My internal clock has been waking me up at about 6:45 every morning in anticipation of hearing Marlo on the monitor saying, “Mom? Come get me. Mom? Come get me.” I should record her saying that at some point. It’s adorable because of her almost four-year-old voice, yes, but also because she’s basically saying, “I surrender, you asshole.”

She doesn’t come out until I go in. I won. Game, set, match. Neener.

She’s usually up before Leta, but I guess the physical energy she’s been expending trying to avoid going to the bathroom has worn her out. It’s nothing major, in fact, a lot of the kids on my side of the family have gone through this phase where going to the bathroom just gets in the way of whatever they’re doing. And then suddenly they are standing there grabbing their crotch going, “UMMMMM?”

UMMMMM? UMMMMM?! There’s no UMMMMM in biology. It’s called a bodily function. It’s SCIENCE. You go to the bathroom right now, young lady. I am not raising a science-denying Republican.

You’re a Republican who doesn’t deny science? Cool. Come over and teach my kid all you want about supply-side economics as long as she’s on the toilet while you’re doing it.

This wasn’t going to be a post about Marlo’s bathroom habits, but here we are. What can I say? You’re reading a mommyblog. It’s my duty. And I’m not even done yet. Sit back down.

Yesterday she had her normal dose of Miralax with a cup of apple juice and then had an entire chicken breast for lunch. I thought she’d be bursting at that point, but she asked for more juice and something else to eat. As I got up from the table to refill her cup I said, “You are going to be pooping up a storm today, kid.”

She clapped her hands and jumped down from her chair.

“I’m going to be pooping at the sthore today?”

“I want to poop at the sthore!”

Of course she does. It doesn’t matter where we are in public, if there is a bathroom on the premises it must be different from any bathroom she’s ever seen. That’s called science.

It will be better than a fucking pony. Because ponies? They don’t have automatic hand dryers.