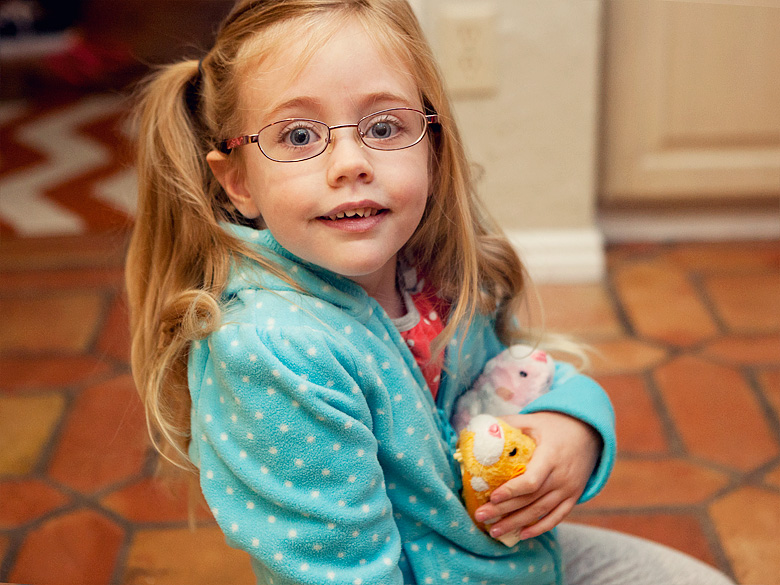 Yesterday morning as I was dropping Marlo off at preschool — what I must look like in that parking lot oh my god. Yes, mid-sentence tangent to say that getting out the door in the morning before school with everything both girls need for the day is like playing Jenga while trying to ride a bronco. I am organized enough that we’re successful every morning, but not enough to avoid looking like I just got sucked into the propellor of an airplane and shot out into a 12-piece bucket of fried chicken.

But when she jumps out of the car into my arms, she wraps her body around me entirely, her head nestled into my neck. And usually after the chaos of the preceding couple of hours, that moment is too precious to end. So I indulge her and carry her into school while also carrying her backpack and her lunchbox and my keys, and once I reach to take off my sunglasses everything slips out of my hands into a pile on the floor blocking traffic in and out of the building. And because she won’t let go of my neck she’s hanging from me as I attempt and then fail to gather everything. Someone should do a reenactment of this whole scene in an art gallery and title it “Parenthood.” It would be a multi-part series, and the second installation is a disheveled mom shaking her head and repeating, “Are you trying to make me scream?” And each time she emphasizes a different word in the sentence.

(Please leave your ideas for subsequent installations in the comments. Someone needs to make this happen.)

I had to pry her hands from my neck yesterday morning so that I could get everything into her cubby, and that’s when her teacher walked over and said, “Marlo told us a story about a hand yesterday.”

She laughed and then asked if her sister really had seen a hand in the woods. Here I said all these nice things about Tyrant yesterday and now my daughter’s preschool teacher is probably thinking WHAT IN GOD’S NAME IS GOING ON OVER THERE?

You want to know what’s going on over here? Oh, you know. Severed hands in the bushes, strange dogs in the back yard. OH! And now we have black widows in the garage. Found three of them on Friday! I’m using exclamation points to channel my energy because otherwise that energy is going to put me in a car and drive me into a tree!

I explained the whole thing, told her that it was a prank, that no one was actually harmed or having nightmares. She nodded and then said, “I didn’t know whether or not to believe the story. I asked her if she was there when it happened, and she said no.”

“Yeah,” I confirmed. “It’s hard to know what to believe with—”

“Because she also told me yesterday that she has two brothers at home,” she interrupted.

Aaaaaaaaaaaand I just moved all of my savings over to that fund. YES I’M SURE I WANT TO PROCEED WITH THIS TRANSACTION.

I smiled really wide and asked, “Did she also tell you about her granddaughter?”