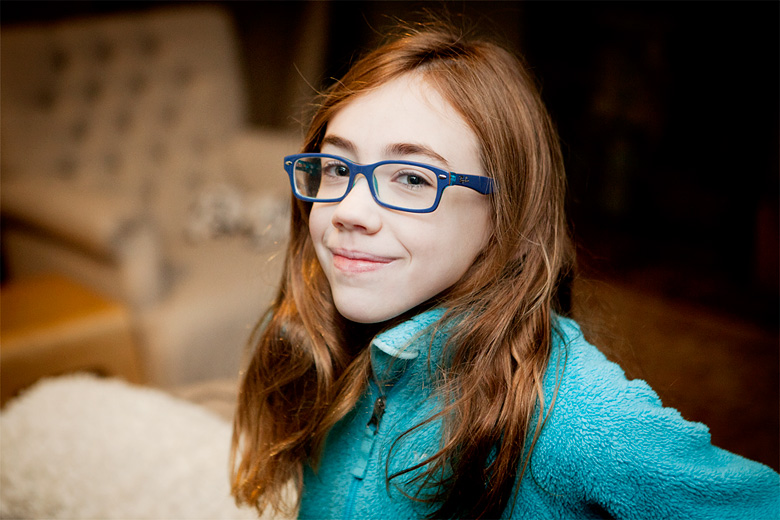 Last week like most weeks was relatively insane with parent-teacher conferences that caused three half-days of school for Leta, and stuck in between all that mess she had to present a four-minute oral presentation on sedimentary rocks. Can I just say, thank god for wikipedia and google and entire websites dedicated to rocks that form the Earth’s surface. Back when I was in fourth grade we had to drive to the library, figure out where a relevant book might be using an insane Dewey Decimal System, walk all the way over to the shelf where the book had been stored and hope that it wasn’t already checked out. We DROVE and we WALKED and we HOPED. It was exhausting.

Kids these days just half to roll over on the couch and pull the iPad out from under their butt. And MAYBE wipe dried chocolate ice cream off of the screen in order to see the browser.

Leta killed the presentation. She memorized the page of notes she had researched and reminded me to have her practice it several times the night before. I got to sit in the back of the class to witness it, and the first question from one of her fellow students after it was over was, “WOW! How did you memorize the whole thing?”

She wasn’t expecting that question, and she hesitated under the weight of confusion. How do you explain memorization? I committed it to memory? I remembered it? I read it over and over again? I DONE LEARNED IT? She finally blinked a few times and explained, “It was really hard and I worked a lot to remember the words.”

Good answer. Totally adequate. But the right answer would have been “My grandmother is The Avon World Sales Leader. Her genes are strong.”

RELATED: oh my god. If you are an avid twitter user I challenge you to try to explain twitter to someone who does not speak English very well and has no idea what it is. The look on their face as you get deeper and deeper into the explanation has got to be one of the quickest ways to make you stop and think HOLY SHIT I HAVE BEEN BRAINWASHED.

You will sound like a member of a cult.

And then… parent-teacher conferences. I’m never nervous when I go into these meetings because I’m there when Leta is doing her homework. I look at everything she brings home. Initially the workload in fourth grade was a bucket of cold water to the face, and it took a couple of weeks for Leta to get the hang of all the homework after school coupled with her piano practice. But I’ve been really proud of how she’ll walk in the door and immediately pull out her work and bury her head in a page of six-digit subtraction problems often while Marlo is trying to climb into her lap to “help.”

Oh, my sweet little Bobo. When Leta was her age she was reading paragraphs and this is what it looks like when Marlo practices the letters in her own name:

Leta’s teacher said she’d already noticed the vast improvement she’d shown since the first week of school and clarified that every kid has a tough adjustment to fourth grade. It’s the year they push the kids to learn time management skills and if they don’t learn how to be self-motivated they fall behind extremely fast. Leta is completing all of her work and doing so thoroughly and accurately, but she might want to work on chatting less when she’s supposed to be paying attention.

It hasn’t been a paralyzing fear of mine, just a small worry that my kids won’t be motivated to do their absolute best in school. And I call it a worry because my mentality toward school from the moment I ever set foot in a classroom, from my earliest memory even in kindergarten, was so rigid that I am going to have to twist myself into a pretzel to try and understand where they are coming from and how to help. It’s a challenge I’m totally willing to take on, but a challenge it will be. Chatting during class isn’t an indication that Leta isn’t trying her best, and it’s not like she’s drowning kittens, but it’s a behavior I would have never exhibited at school. So I have to figure out a way to approach this without the nine-year-old Heather rearing her frizzy head with IF YOU CHAT DURING CLASS THE COMMUNISTS WILL WIN.

In many ways it’s probably a good thing if neither of my kids is like me in school because I really needed to chill the hell out. But I’m interested if you’ve run up against this and how you’ve approached it. Are your kids a different kind of student than you were?