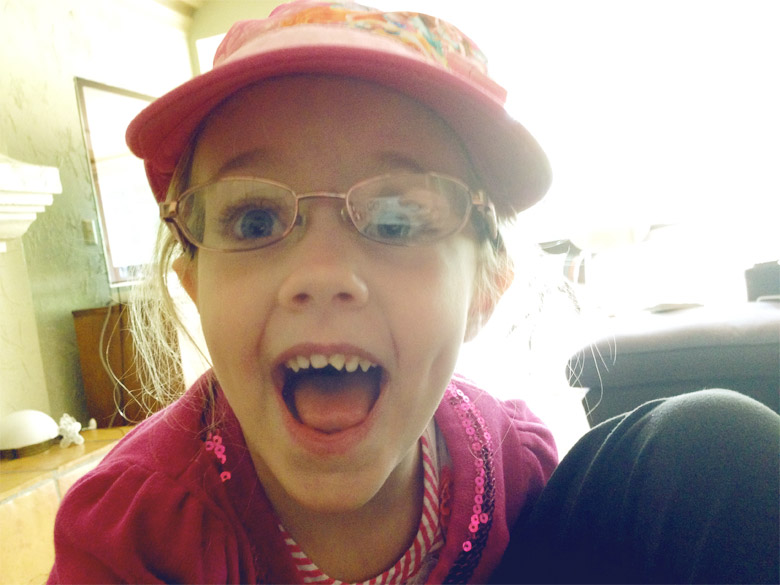 Last week before heading out to Duchesne I had to reschedule Leta’s usual Thursday evening piano lesson. Her teacher was kind enough to work around our schedule and bumped the lesson up to Monday night, and so after I dropped her off I started heading to Whole Foods with Marlo as is our ritual. Oh, wait. Sorry. Whole FRUITS. Not Whole Foods. Also, those warm things you wear on your hands in cold weather are not called gloves. They’re GLUBS. She’s been alive for four whole years. She knows these things.

Whole Fruits is not far from where I take Leta to her lesson, and to get there I have to drive by Liberty Park, the oldest park in Utah. It’s a huge space with a swimming pool, an aviary, tennis courts, a pond, and tons of open lawn. Marlo hasn’t ever expressed interest in visiting the park, not when Whole Fruits awaits us, but last Monday night she lost her damn mind when she caught a glimpse of one of the playgrounds.

I wish this kid were more decisive.

I pulled the car into the park and found a parking space a few hundred yards away from the playground. Once I had released her from her car seat she was gone. POOF! Down and around the car door she scrambled and then she took off across the lawn. I barely managed to lock the car and catch up with her before she had ascended the stairs to the top of that towering slide, yet again reinforcing the differences between her and her sister. One day Marlo is going to get arrested for scaling a building in the nude. A building whose award-winning blueprints were drawn by Leta.

After the fourth time she made it to the bottom of the slide she started to do a certain rain dance that every parent recognizes. And I was like CRAP. No pun intended, but I had not one clue where or if there were restrooms nearby. So I picked her up and madly started craning my neck to find a building that resembled one while she vehemently denied over and over again that she did not need to go. GUESS WHAT, FOUR YEAR OLDS: You do not have a poker face when it comes to poop.

Luckily I spotted a brick structure not far from the slide that turned out to be a set of individual stalls. I think the city has recently invested some money into the park because both Marlo and I were delighted to open a stall and and be greeted with cleans floors, adequate lighting, and the scent of cinnamon. Also, there wasn’t a dead body in sight.

“It sthmells like cookiesth!” she squealed. And she was right. BUT NOT FOR LONG!

I was so impressed with the state of this public restroom that I failed to notice that the toilet was one of those god awful automatic ones. UGH. Seriously. I’m all for technological development and modern life and blah blah blah but I really do not need any help flushing a toilet, thank you very much. You can talk to me until you’re blue in the face about how it’s more sanitary UNTIL IT FLUSHES WHILE YOU’RE SITTING THERE AND SUDDENLY YOU ARE COVERED IN YOUR OWN URINE.

Damn straight I had to capitalize all those words.

Marlo was finishing up and to speed things along I moved to grab her a wad of toilet paper. And I guess the sensor no longer detected my body standing there because suddenly my child was sucked into another dimension by the loudest, most obnoxious, most unnecessary automatic flush I have ever witnessed in my life. I lost hearing in both ears, and Marlo is still floating out in some dark fold in the space-time continuum.

Yes, I’m a normally jumpy person. You could stare me in the face, whisper, “Boo,” and I would flinch as if someone has just hit me with a bat. But good lord, that automatic toilet. Marlo jumped off that seat so fast that I almost didn’t have time to grab her before she was out the door with her bare butt hanging out.

“WHAT HAPPENED?!” she screamed.

How do you explain an automatic toilet to a four-year-old?

“Evil, evil people invented a toilet that flushes itself whenever it wants to, Marlo,” is what I came up with.

And then, no lie, in what will surely go down as one of the most heartwarming examples of the relationship between two siblings, she finished wiping, pulled up her pants and said, “I can’t wait to tell Leta that a toilet sthucked my brain out of my butt!”