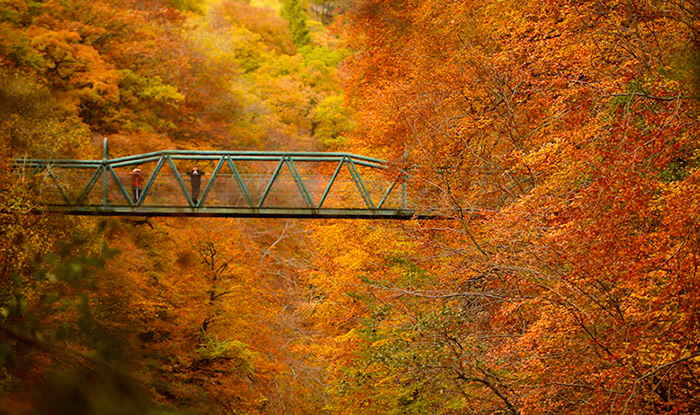 – The Big Picture: Autumn around the world

– Clinical depression is now the second-leading cause of global disability

– America, as labeled by an Australian who’s never been here

– Powerful portraits of secluded cultures on the brink of extinction

But when we get too self-absorbed, we miss running’s deeper beauty: its magnetic power to bring us together. My closest friends are those I’ve run with; one need only attempt a solo interval workout to recognize the value of teammates. In a race, the other runners are not rivals; they are comrades in the war we each wage within ourselves, a leg up on our journeys to new levels of self-realization. Personal bests are rarely set in isolation. Ours is not an individual sport.

– An ex-cop’s guide to not getting arrested

– So so good: Pompplamoose’s mash-up of “Royals” by Lorde, “California Love” by 2Pac and Dr. Dre, and “Loser” by Beck.

– Alleged Design Pirate Cody Foster Is Only Sorry They Were Caught:

Cody Foster & Co’s statement is a sad, rotten salmagundi: a borderline delusional defense that comes weeks too late to be earnest about anything except the repeated insistence that the only thing wrong with design piracy is daring to speak out publicly against it.

– Who needs yoga when this exists?

– “You’re all idiots. I’m pretty sure these people OWN those puppies’ parents. They can put them back with their mom when they’re done shooting. And those couches are like three inches off the floor. Get over yourselves. I can’t believe you people are arguing over puppies.”

Next time the pharmacist asks me if I'm pregnant I'm going to be like "no but there's a quick fix for that."

An 80s movie montage of my password jogging and practicing martial arts until it's strong enough.

if you tackle a man who is about to light a cigarette and say "dude, gas leak" he's just going to thank you and you got to tackle someone

Why do people try to trick babies into thinking airplanes are delicious?

It's not mandatory to terrorize student drivers, but you should.

I'm Southern but not "dinosaurs were really Jesus horses" Southern.