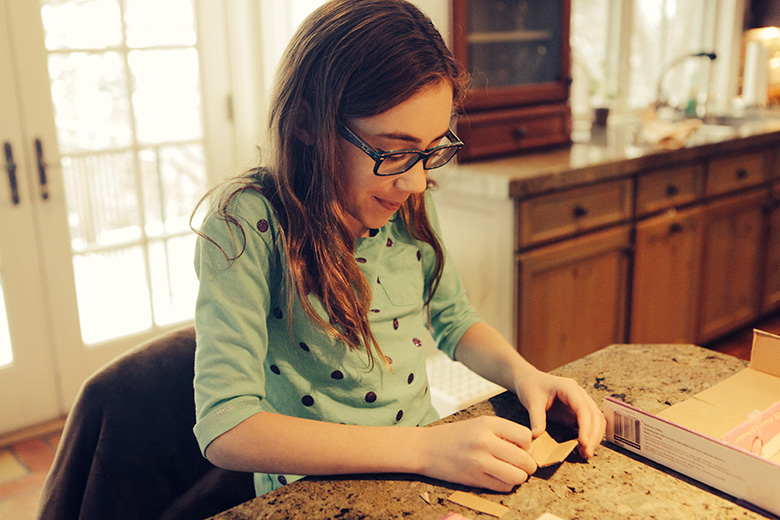 One night several weeks ago (and a few times since then) Leta had so much math homework in addition to her normal workload that she didn’t finish everything until almost two hours after her normal bedtime. That night she didn’t have time to practice piano which is her only extracurricular activity. Yes, her only. I know, I know. YOU MIGHT AS WELL REVOKE MY UTERUS NOW. Where is her Taekwondo lesson? The soccer? The gymnastics? The skiing? This is Utah, why isn’t she sewing quilts and marrying her uncle?

Leta hasn’t ever been inclined toward those activities, and since she has excelled at piano I wanted to focus on that one skill before the onslaught of middle and high school. Before debate and French club and drama and chess club and student government and choir and… see? She’s only nine years old and already she has so much homework she can’t come home from school and BE NINE YEARS OLD. She can’t even take a half hour to let her brain fart and scratch its butt.

So I decided to look for a part-time babysitter who could pick the kids up after school and watch them for a couple of hours. This way Leta could come home, relax for a bit, and then attend to her homework and piano all before dinnertime. It would also give Marlo a reprieve from the hours spent in aftercare at preschool where I would sometimes show up and she’d collapse at my feet on the floor, exhausted from having held it together all day long.

"Now that you are here I can finally lose my shit." – kids when their moms show up to pick them up from anywhere.

Tyrant offered to conduct initial interviews with potential candidates to avoid any potential awkwardness with people who might already be familiar with me? I used a question mark because how does one even say that out loud without sounding like a total douche? I do not know. Okay, here’s a whack at it:

“I’d really like it if I could hire someone who isn’t interested in collecting samples of my hair.”

The thing is, a ton of bloggers get recognized now, whether they are writing about fashion or crafting or cooking. And when you’re looking to engage with someone like this, when you’re looking to bring someone into your home, you want to make sure that you’re not going to walk in on them rummaging through your underwear.

While I was away in Haiti Tyrant and Dane spoke with one girl a few times who seemed to fit the bill perfectly, so we invited her over to the house for a final interview. Funny thing is… she is familiar with me. She even recalled a few of the things I’d recently written (Ivy, you can tell Gigi that she was a hit with her). But she applied for this position and I hired her because she’s amazing with kids and the hours work perfectly with her schedule. Also, she’s a Mormon who laughs when I poke fun at Mormons. We share that common upbringing which is always nice because I often like to tweak Mormon hymns under my breath when dealing with discipline problems:

“I know that my Redeemer lives because he’s spared your lives.”

“I hope they call me on a mission where I will be far away from you.”

It’s been a few weeks since she started, and already I see a huge difference with both kids. They are so much lighter in spirit when they walk through that door, like they have so much more room to breathe. It also helps that this girl loves to indulge in Marlo’s wily imagination. Several times I have taken a break to check on them only to find them hidden in the most elaborately built fortresses made out of blankets and chairs and pillows from every room in the house. This has also made Marlo very possessive, and I will occasionally hear Leta trying to ask a question only to hear some four-year-old variation of, “I didn’t give either of you permission to speak to each other.”

What does that sort of variation sound like? It’s got a lisp and there is a ton of shoving of the older sister involved. That’s okay, though. I gave the babysitter permission to chain Marlo to the railing on the staircase. A little too high so that Marlo’s toes can’t reach the ground. We’re on the same page!

I won’t lie, I love having them around every afternoon. I love to hear their footsteps and giggles, the shoving and consequent eye roll. This solution has given them a little more room to be kids and a little more time for me to enjoy them being kids. Most importantly, Leta is finishing her homework and piano practice without having to go to bed two hours late, and she’s making far fewer mistakes than she used to. She even had enough time left over last week to write letters to two friends, make Christmas cards for her grandparents, and design her own miniature apartment out of a cardboard box:

The only hiccup we’ve run into so far is that one art project they did on the countertop involving glitter, and now and I can’t stop finding glitter in the strangest places: glitter in the silverware drawer, glitter in my purse, glitter even in my bed which is a floor above the kitchen (I deny any wrongdoing with the glitter). A few days later as I was picking up dog poop in the backyard… you guessed it. Glitter in the dog poop.

She is obviously our Christmas miracle.