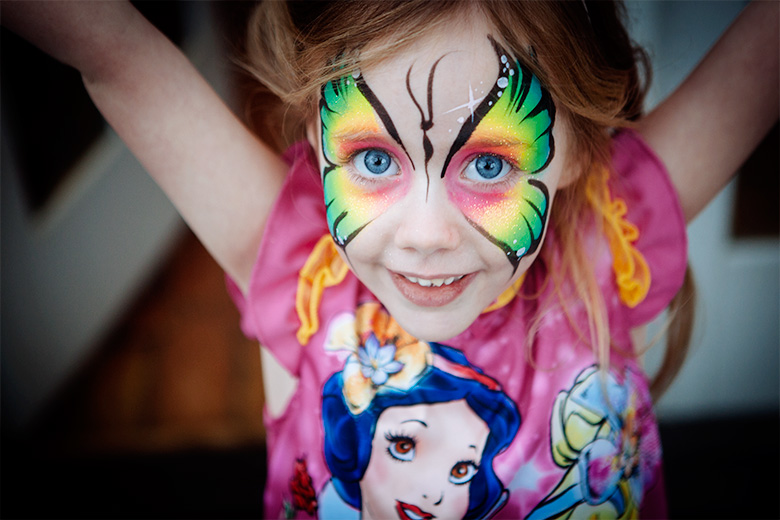 Marlo’s birthday is in a little over a month, and I’ve been invited on a trip that will take me out of the country for a week around that time. I’ll be here for her actual birthday, but the preparation for that particular trip is such that my schedule is going to be a little nuts and hosting a proper fifth birthday party is going to take some maneuvering. I’ll plan something, for sure, but she’s been bugging be for an Elsa party ever since my friend Rachel had us over for her Elsa party. I guess you could say that my mom is rubbing off on me a bit because, well, do you need an excuse to throw an Elsa party? I DIDN’T THINK SO.

Okay, I had something of an excuse. It’s the one I’m using if anyone accuses me of being too indulgent of my child: my sister’s three boys just celebrated their birthdays, and what more would 13-year-old twin boys and a 6’3″ tall 16-year-old Hulk want more than an Elsa party?

That 16-year-old is now allowed to date and he can brag that he’s in touch with his sensitive side. Right after he bends a steel bar and bites in in half.

I hadn’t hosted my family in awhile, and so by the time Queen Elsa arrived my living room and kitchen were filled with about 20 members of the Hamilton clan, the girls’ friends Gigi and Lola, their mother Ivy, two large pizzas, a princess cake and accoutrements for a proper princess tea party. Do not ever accuse Utah of not knowing how to throw it down.

I know. You’re thinking, where are the handmade nameplates? Where is the tie-dyed garland strung about the door? Where are the custom goodie bags filled with homemade caramels hand-wrapped in paper that I stamped with tiny crowns? I’ll tell you where that is. That’s at another house where the mother has those skills. Me? I buy the decorations. Someone else (Target) made them and I bought them. It’s that easy. (I also felt a little sorry for all the, ahem, older princesses and tried to include Snow White and Aurora and a few others where I could. They’re aging well, you have to admit. Lighting? Cosmetics? Animators?) The pizza was also made by someone else. And so was the cake. And my children did not know the difference. And I remained sane. And this did not turn into a craft blog.

In fact, one of my children (the one who begged for princess pajamas thinking they were a princess ball gown and convinced me to buy her Cinderella “glass” slippers) thought this was the best two hours of her life. And even though we threw this party not as a prize for hard work or as a celebration of some breakthrough, it was just as meaningful to witness her reaction, to watch childhood play out in front of us, to hold Marlo’s innocence in our hands for a couple of hours and relish in how it made us all feel a little less jaded and preoccupied with useless noise.

You may remember that Elsa, in addition to serenading all of us with a few songs from Frozen, is also a master of face painting. You don’t remember? Let’s refresh your memory:

I tried to convince the boys that they needed butterflies and cats painted across their cheeks and foreheads, but only one boy would agree to participate.

Do you see what a good sport this man is? He even held court over the cake and tea party. And showed up to work the following Monday having not washed it off of his face. He then worked an entire week looking like a tiger. Am I exaggerating? You would never know with him. So I’m not telling.

Even in his own home he is a wanderer. He did find a place underneath Elsa’s legs for awhile to weather the stormy seas of GUESTS! and CHATTER! and SOMEONE IS COUGHING IN THIS ROOM! And much like Snow White, Elsa did not mind. She even had Chuck perch on her pinky finger at one point. I told her to wait until he decided to gift her a fart and then she’d soon double her asking price for families who live with moody old mutts.

Marlo’s exuberance throughout the evening was certainly the highlight of the event, but the, ahem, “crowning” moment of the night came when it was time for Elsa to depart to her castle (a home not far from where my mom lives, SHHH! DON’T TELL MARLO SHE WILL FLIIIIPPPPP).

Both my father and stepfather appeared out of nowhere to grab her bag and stool and other supplies to help her to her car. We hadn’t seen the two of them all night, and then when it was time for her to gather her things they suddenly showed up, started flexing muscles, doing burpees, performing pull-ups on the doorjamb. Both men carried all her things to her car for her, chatting her up, both of them clearing their throats the entire way. When they returned to my living room both my mother and stepmother were standing there, arms crossed, tapping their toes.

OH YES WE DID NOTICE, YOU TWO. Thought you were being sneaky. Didn’t work.

My stepfather cleared his throat but not in the same way. “Her things were really heavy,” he explained.

My father was much less subtle:

In the end? Total success. Memories galore. And that song? Is. Still. Stuck. In. My. Head.

This post is sponsored by Target. More Princesses, More Sparkle: Blur the lines of fantasy and reality with your favorite Disney princesses at Target.