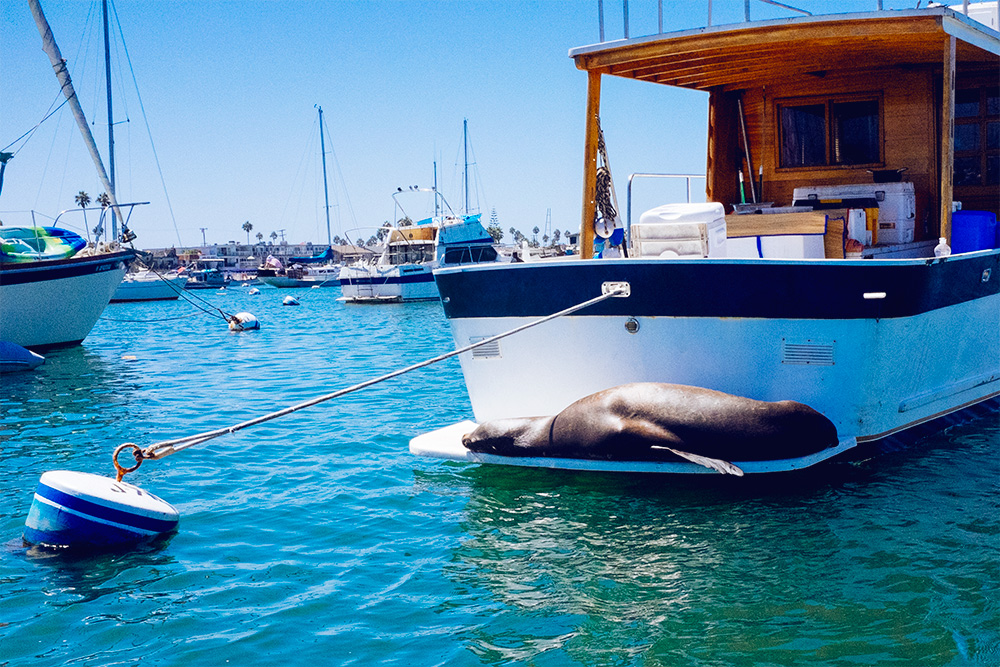 Over the weekend I took Marlo to visit my friends, the Howertons, in Southern California. On Sunday we took a boat ride around Newport Bay, and more than once Marlo said to me, “Their whole garage is a playroom, Mom. The whole thing.” Indicating to me that while the boat and the water and the view and the breeze were nice and all, but I didn’t seem to understand that there was a whole garage full of toys waiting to be played with again.

We did stumble upon a few seals who were resting on the back of boats, and she did perk up for this encounter.

“It’s dead!” she said, but not in horror. She said it as in, “We found a dead seal and we weren’t even expecting it, how crazy is that?!” Given my encounters with wildlife? Not that crazy, Marlo.

As I was explaining to her that they were just having a nap one of them lifted its head and looked at all of us on the boat, its whiskers so long you could see them from space. All the kids let out variations of, “WHOA!” including Marlo.

Guess what pet Marlo is asking for now.