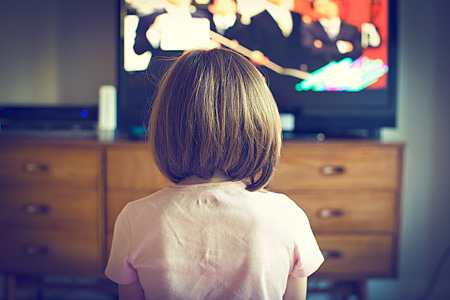 Yesterday was a big day around here, you guys. Not just one of your average days where you pretend to be working but you’re actually looking at websites like this (thank Kelly for that one) and trying to morph the uncontrollable laughter shooting up from your gut into actual crying, so that when your boss is all, dude, what are you doing? You can say, sorry, it’s just that I love working here so much that I got all emotional.

No, yesterday was not one of those days. And I’m not going to build it up anymore because then you’ll be all, what? Your daughter got her hair cut? What is this bullshit?

She has wanted to get her hair cut for about six months, but we’ve been having a huge problem getting this haircut scheduled. School and camp and traveling and piano lessons and then I up and leave the country for eight days. So you can imagine the build up in her brain. I would compare it to what happens in my brain when they announce a new season of “Hoarders.”

OH! And a “Hoarders” marathon? You have to be delicate with me because once our DVR got too full and didn’t record the eleven consecutive episodes and I ran to my room, slammed the door, and wrote in my diary about the meaninglessness of life.

But really, as I have mentioned, Leta will make a very big deal out of absolutely nothing, and my hairstylist was all, ZIP IT. Except in the nicest possible way. It was magical to watch her basically tell my child to suck it while smiling and emitting visible rays of sunshine. While I have never told my child to suck it, I imagine that if I did it would not come out looking like a rainbow.

Now, you’re sitting there scratching your head. Why would I be happy about someone telling my child to suck it? One, she didn’t actually use those words. Two, Leta wanted a pink feather added to the cut but was worried that the application of the feather would hurt. Three, when my stylist approached Leta’s head with said feather, Leta said, “OUCH! THAT HURTS.” Four, without missing a beat my stylist responded, “Nice try. I’m not even touching you. Here, let’s get this beautiful thing in!”

Because if that had been me I would have LOST IT. Would have BEEN DONE. And made a completely irrational scene because my patience tends to wane thin when it should not, and here I am admitting to losing my cool from time to time with my children. I get to the end of the day and after hearing complaints about food, clothing, the length of time it takes to practice piano, the way Marlo is looking at her, the music in the car, and the existence of the dogs, sometimes I’m like, REALLY? OUCH? You’re complaining and I’m not even near your head? WHY DOES EVERYTHING HAVE TO BE SO HARD?!

And then she’s asking me why I’m so mad at her and I want to punch myself.

I want to be able to say as calmly as my stylist, “Nice try.” And then move forward.

I did not mean for this to turn into a therapy session! UGH! Gross!

This is supposed to be about my gorgeous (at times difficult, but who isn’t?) daughter and her awesome new haircut.

(Kelly, I saw what you tweeted this morning, and yes, in fact, we plan on using Leta’s head to catch dinner.)