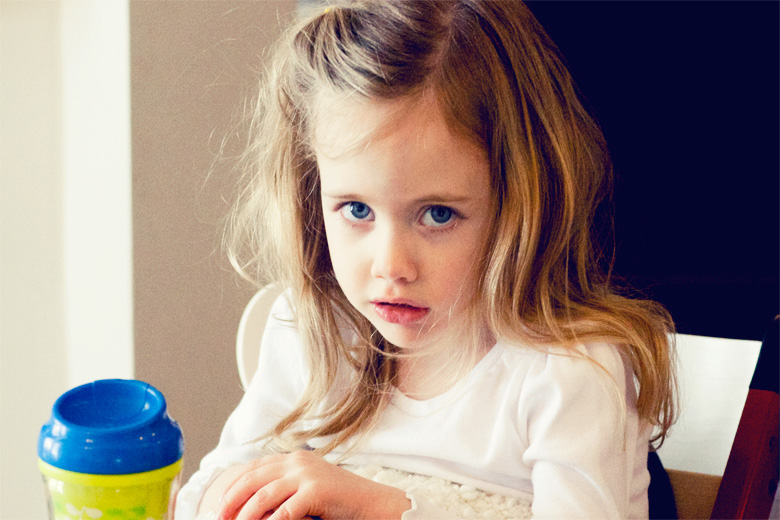 While I am upstairs dressing Marlo for bed, three of my house guests last week are sitting around the kitchen table sipping wine and continuing a meandering conversation that started before dinner and would eventually take us late into the night. Leta has paused an episode of her favorite television show to grab a glass of water when Anna Beth begins telling the other two women about a new acquaintance whose name she cannot remember.

Leta takes a sip of water during Anna Beth’s hesitation then says, “THAT is a weird name.”

Both girls joined my sister’s twin boys for a sleepover at my mother’s house on Friday night. After dinner Marlo demanded that she be allowed to “sthrpay” the counters, one of her favorite cleaning activities right up there with sweeping the floors and cleaning the toilet bowl. One day that kid is going to make a killer hot dog. AND I WILL NOT SHARE IT WITH YOU.

My mother set her up on a stool and then handed her a bottle of countertop cleaner and a paper towel. She was unaware that the countertop cleaner was almost empty when she asked the boys to keep an eye on Marlo while she quickly ran to the restroom. And here’s where I want to ask my mother ARE YOU OUT OF YOUR GODDAMN MIND? You left Marlo to the supervision of two eleven-year-old boys? Those kids are smart, don’t get me wrong, but I don’t think they’d be quick enough to diffuse a bomb.

When my mother returned from the restroom both boys had their heads buried into the cushions of the couch to try to muffle their laughter.

“What happened?” asked my mother.

Evidently, Marlo became frustrated when she could not get the cleanser out of the bottle, and to convey her exasperation she yelled, “Sthit sthit sthit STHIT STHIT!”

I love that Noah counted each instance.

My mother turned to her and asked, “Marlo, did you say that word?”

Marlo nodded proudly. “Yesth, I did.”