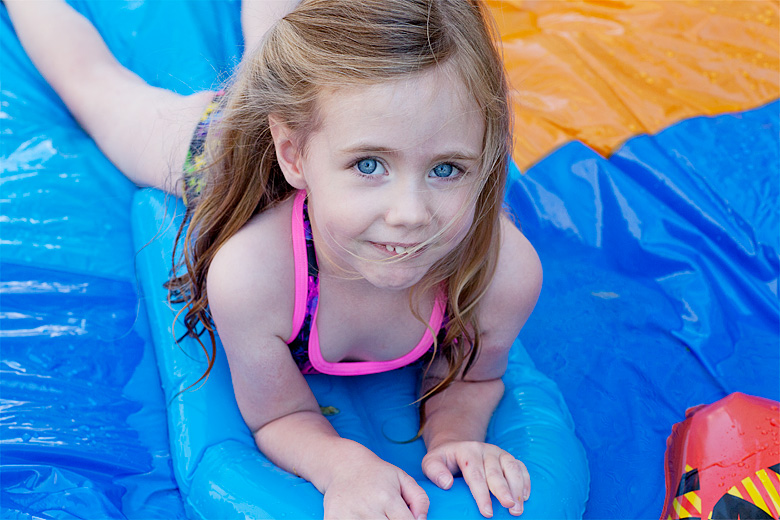 A few weeks ago an unusual heat wave hit Salt Lake where the temperature during the day continually topped 104 degrees. I say unusual because we’re used to those temperatures happening later in the summer, not in June. In June my friends and I are usually texting each other WHY ARE THE SKI RESORTS STILL OPEN. Except with a lot more spelling errors because we are so angry we can’t see our fingers. Or the cars in front of us.

JOKING. We do not text and drive. Even if we were that stupid we have children who think they see us reaching for our phones and start screaming from the backseat, “THAT’S ILLEGAL! THAT’S ILLEGAL!” And all of us are like, do you have any idea what our parents did while we WALKED around the backseat of the car? They smoked and drank and read paperback novels and baked oatmeal chocolate chip cookies from scratch. Our parents steered WITH THEIR KNEES. Usually while they were sleeping. So when we reach for our phones at a stoplight to check for directions, you can calm down and adjust your four-point harness and the bubble we had installed around your body.

I don’t think the air-conditioning in this rental was ready to handle that kind of weather, or I guess I should say I DIDN’T think it was ready until I found out that a certain someone who will go unnamed (TYRANT) had programmed it to remain at a billion degrees all day and throughout the night. One Friday night it was so hot Marlo didn’t sleep a wink, and eventually both girls ended up in bed with me moaning that it was the hottest it’s ever been in the history of the world and universe anywhere nothing could be worse what if we die surely we will die. Boy, those two did not fall far from the tree. In fact, I think they’re still in it. Leta is reading Steinbeck in a hammock hanging between my arms, and Marlo? She’s imitating Tarzan in my hair.

Once it was late enough in the morning I called my mom to beg for her mercy. Tangent: you’ve got to love that role reversal. How many times my mother urgently needed to call me in college only to wait until 11am to make sure she didn’t wake me up. And now here I am with two young kids watching that clock move ever so slowly—tick………tock………tick………tock—waiting and waiting and SUFFERING until a decent hour to call her. She is going to read this, rub her hands together and cackle, and then revel in the glory of it all day long. I’ve said it here before and I will say it again: grandparents are pure evil. Does your child have a behavioral issue? It’s probably because she has a grandparent. It’s scientific.

We had plans that night to attend a family picnic at my sister’s house, but I didn’t think the girls and I could wait that long. It was the hottest it’s ever been in the history of the world and universe, you see. So she said we could head to her place and spend a few hours there before the picnic. This was good for two reasons: one, the air-conditioning she keeps at PRESERVE HUMAN REMAINS and, two, her yard where we could set up this thing:

My rental does not have a lot of yard to it, or I guess I should say “grass upon which to set up a slip and slide.” It’s got a few different concrete areas, sure, but have you ever tried to slip and slide on what is essentially a parking lot? It’s a lot like rug burn, but, you know, fatal.

They’ve been wanting to try this out for a few weeks. This is how it went:

This plus some lemonade and air-conditioning kept them cool enough until the party at my sister’s home that evening. And since my sister and her husband built a new porch on the north side of their house, it was late enough in the day and there was enough shade to break out the activity Marlo had been awaiting for hours.

And then the BYU pep squad showed up. You guys. I told my sister that when you see these photos you’re going to scratch your head and wonder, wait… does Heather ask them to dress like this every time she photographs them? For those of you who saw them last year on their family road trip to DC you have firsthand knowledge that this? This is their uniform. They even sleep in these clothes.

And lo, we made it to the end of the day without dying. After a very technical conversation with my stepfather I was able to go home and reprogram the thermostat so that the three of us could breathe in our sleep that night. And then I sent Tyrant an email that said, “Your attempt to torture us has been thwarted. Please note, this is not an invitation to try a different tactic. Please note also, I’ll be sleeping with a bat.”