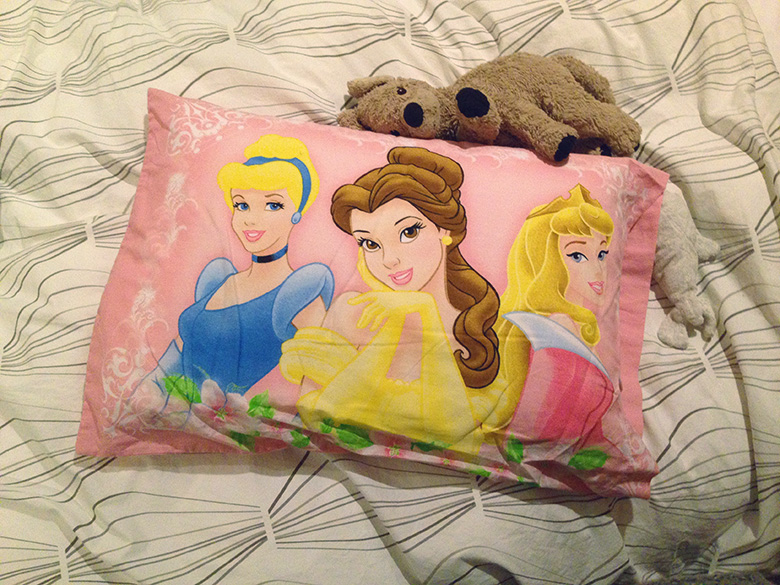 A few weekend’s ago I spent several hours cleaning out the storage room where I keep the dogs’ crates. It had been near the top of the list of projects around the house that I wanted to tackle since moving in last March, but that list kept getting put off by more important things like CONTINUE TO BREATHE. In fact, that occupied the first two pages of the list: continue to breathe in the kitchen, continue to breathe in the laundry room, continue to breathe on the porch. This DIY activity is not actively covered in lifestyle magazines so I had to figure it out on my own. I gathered pipe cleaners, googly eyes and an empty egg carton and, wouldn’t you know, I figured out how to continue to breathe. Turns out you glue all of that together and then take Valium.

A whole bunch of crap got dumped into that room during the move when I couldn’t figure out exactly where it needed to go or if I needed to keep it: old snowboarding pants and shoes, eight-year-old files, boxes and boxes of kid’s art projects that look exactly like a kid scribbled on a piece of paper.

“Oh, that’s a rainbow, huh? WHY IS THERE ONLY ONE COLOR? Minus ten points for you.”

Be honest. How many of you keep every piece of art your children bring home from school? I know I went through that phase. See: boxes and boxes I mention above, and that had been whittled waaaaay down from “‘Hoarders’ called and would like to feature you in an upcoming episode.” In fact, a producer rang my doorbell and when I tried to peek outside a pile of creatively-folded construction paper decorated with one or two crooked crayon marks burst through the crack in the door onto the porch.

“My children may need those one day,” I explained as I scooped them into my arms like tiny puppies.

I managed to get those art projects down to one box. ONE. I used this guiding principle when deciding what to keep: does this look like the teacher had a really rough night, ran out of ideas for the next day and was all, “Just sit down and draw something for god’s sake.” I lovingly admired their beauty and then promptly discarded those. Which means I just guaranteed that they will both need those exact pieces one day.

I’d been looking for a few boxes of Leta’s old clothing and found them hiding behind two lampshades and a box full of randomly accumulated stuff. Inside were tons of old dresses and shirts and pants that she wore in second and third grade. All of which fit Marlo right now, some of which are too small for her. I decided what I wanted to donate and what I wanted to keep and then did several loads of laundry. Within hours she had an entirely new wardrobe. Ahem. NOT ACCORDING TO LETA.

“Mom!” she yelled at me when Marlo walked into her room with one of her old shirts on. “I wore that LAST YEAR!”

“What if someone sees her?” she asked as if we were discussing a fugitive.

“Someone will most likely see her. She is not invisible.”

“MOM. What if someone sees her and remembers that I wore it last year? This is so embarrassing!”

“More embarrassing than my butt?”

Yes, I have serious conversations with my nine-year-old. Sometimes, however, there is an itch I need to scratch and that was one of those instances. I think her outrage was informed a bit by a little jealousy as I had rearranged Marlo’s room that same afternoon. Dane and I carried a bookshelf upstairs from that storage room and gave Marlo a place to put stuffed animals and books and pictures. In order to make it fit I had to move her bed, her chair and and her dresser and weed out everything unnecessary in her closet and drawers. By the time I was done it looked like an entirely different room. Two rooms in the house organized in one afternoon? WHO AM I? I’ll tell you who:

I also found an old Disney princess pillowcase that my mother bought for Leta years ago at a thrift store:

STOP. WAIT. I know it is not a pillowcase featuring a homemade wooden toy carved out of a local tree. And the fabric is probably toxic and my kids will develop a flesh eating disease later in life. Here’s the thing: DISNEY PRINCESSES HAPPEN. Leta grew out of it by kindergarten and she’s alarmingly well-adjusted. Marlo was so happy about this discovery that she slept with it in her arms like it was a stuffed animal. And that Monday morning when we walked into preschool the first thing she yelled at her teacher was, “My mom found my princess pillow! I’m so proud of her!”

Yeah, forget that marathon I ran. I UNPACKED A BOX. Like a pro.