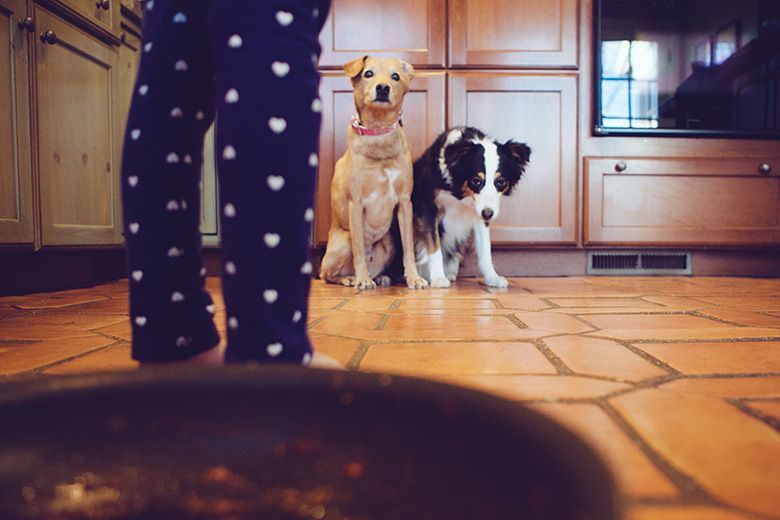 Who was I talking to recently about this? Was it you? If it was you just send me “SUCK IT” in a text message and I will totally understand and nod and agree. I have been in so many administrative meetings and attended so many school presentations this week that I can’t keep track of who I was talking to or if I’ve told someone this or that, and this glimpse of dementia would be a lot more terrifying if I couldn’t recite entire paragraphs of dialogue from the first season of “Felicity” to you.

AREN’T YOU LUCKY I STILL CAN.

You and I were in a conversation with a few people about dogs when we simultaneously yelled, “PUPPIES ARE WORSE THAN BABIES,” and both of us could not possibly stand by that statement more. I should just publish a book with page after page of photos of Coco and title it DO NOT DO THIS. I’m sure some puppies are just lovely, and many are in small doses. Like, for ten minutes. But hours? Days? You might as well go buy a pink gun that coos and snuggles every time you shoot a toe off of your foot. Same thing.

Babies are a lot of work, yes, a lot, indeed. But one very fun fact is that you do not have to take them outside to go to the bathroom. You can change their diaper right there inside the warmth of your own home! With the proper equipment you can do it right there without leaving your bed! Neither of them sleep through the night, no, but at least you know that babies will one day grow up and maybe read words. That puppy? That puppy will one day grow up and bark at leaves. Right after consuming its own feces.

I do remember that puppies came up because Chuck turned 12 years old recently, and someone asked if I’d get another dog if “anything ever happened to him.” Ahem. If by “anything” you mean WE ALL DIE, well shut up. No, we don’t. You might die. I might die. But Chuck? No. Chuck is not going to die. Chuck might hop on an outstretched wing of the wind as it silently careens through a canyon and ride off into another life, but that motherfucker isn’t going to die. He’s like Willie Nelson. He’ll transmute or some shit. It will be spiritual as hell and shift gravity.

Chuck’s age is a little worrisome not in that he’s frail or incontinent or looks like he might fall over at any time, no. He’s just as sprightly as ever when he wants to be. It’s worrisome because it’s the only explanation the vet can give me for his flatulence. That dog can melt steel. It’s horrendous and unexpected and deadly. We’ll be eating dinner thinking he’s downstairs in the basement when all of a sudden a sea of rotten egg odor engulfs the room and starts to peel the skin off of our faces. I’ll frantically look around through my impaired vision and find him sitting underneath Marlo’s chair like, “Hi. I brought you my fart.”

Several months ago I stopped giving the dogs any scraps after a meal because I thought it might solve this problem. No such luck since he started eating anything he could find in the backyard: sticks, clumps of dirt, Coco’s poop. I’d try to be more forgiving of him if it weren’t so embarrassing. Because when I have friends over and it happens…. I feel like I’m REALLY trying to sell the fact that I’m not the one with a problem. My dog is just an asshole.

Over the weekend when Marlo was consumed with blowing up an entire box of balloons I ditched plans to take them out for dinner and instead whipped up a dinner of “noodles.” This means I boiled water, poured in a box of rotini and served Marlo a huge bowl of it covered in parmesan cheese. I made myself a meat sauce and skipped the noodles. Leta took a look at both options and dramatically gagged. So she made herself a frozen burrito. Everyone was happy. The end.

I noticed Chuck hanging around a bit through the whole meal and, I don’t know, he’s old. He’s old and depriving him of a scrap here or there hasn’t solved anything. Can’t I cut him a little slack? Where is my heart? Oh, right. HE MELTED IT WITH HIS FART.

After we cleared the table I started to load the dishwasher and for the first time in many, many months I had both dogs sit at one end of the kitchen while I sat the pan that I had cooked the meat sauce in on the floor at the other end. Dogs have to earn treats in this house by performing a trick, waiting, or fixing me a hot dog.

Marlo immediately caught on to the fact that a “game” was going on and wanted to be in charge. What were the rules? When did the chasing start? Where should she stand? I pulled her next to me and told her that I was having the dogs wait until I said a certain word. Then they could come and lick the pan.

“You most certainly can. We just need to wait a bit longer,” I said.

“BUT I WANT TO SAY IT NOW!” Of course she did. Kid wants her Oompa Loompa PRONTO, Wonka.

“Okay,” I said knowing that enough time had elapsed because pools of drool had accumulated underneath both dogs. “Are you ready?”

If I had said the word out loud both dogs would have come running, so I said to her, “What does G-O spell?”

She turned to face the dogs and yelled, “WHAT DOES G-O SPELL!”

Do not ever accuse her of ignoring directions.

Again she faced the dogs: “WHAT WORD DOES THAT SPELL!”

Both dogs remained perfectly still. So she yelled it again. “WHAT WORD DOES THAT SPELL?!!”

“Marlo,” I said trying to muffle my laughter. “What do you do at a green light?”

She put her index finger to her mouth for just a second and then turned to the dogs again: “DRIVE YOUR CAR!”

Technically speaking, that was right answer to my question, but both dogs didn’t move.

“Let’s say you’re driving your car and you stop at a red light. When that red light turns green, what do you do then?”

She cupped her hands around her mouth and yelled at the dogs, “YOU’RE AT A GREEN LIGHT AND YOU’RE DRIVING!”

I had the feeling that Chuck was sitting there thinking, good god, woman. Are you seen in public with this human? On purpose?

I finally pulled her close enough that I could whisper in her ear, “‘Go.’ You have to say, ‘Go,’ to the dogs.”

She mustered every molecule of air in her lungs, stretched her neck as high as it would reach and bellowed, “GO TO THE DOGS!”

Neither dog budged, and since Marlo was already frustrated I immediately followed up with, “She said, ‘GO!'” Once the word left my mouth both Chuck and Coco scrambled across the floor to the pan and had their first scrap in months.

“They did go’ed,” I said nodding, holding my breath for just a moment to savor the memory of my four-year-old enjoying her dog, her aging and moody and flatulent pet who will hopefully stick around forever.